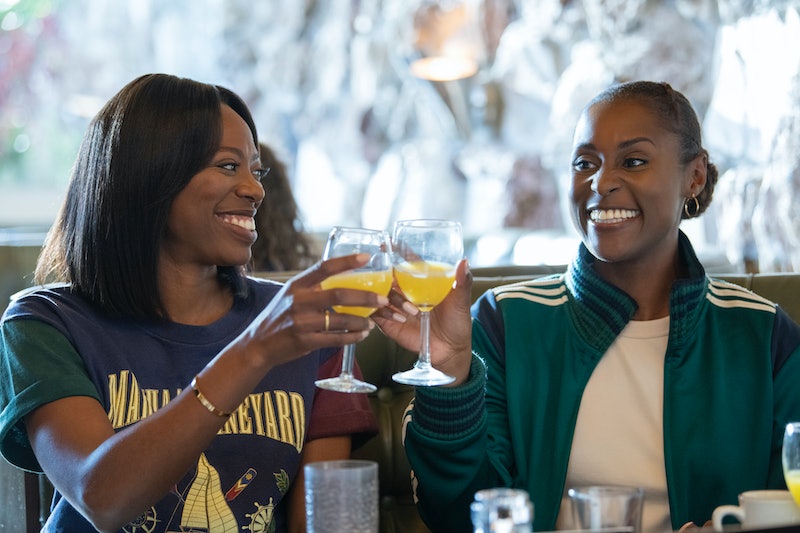 Music has always been integral to Insecure, so of course the show’s team went big for its fifth and final season. “The music itself is a character — it’s a friend, it’s a familiar voice and that’s always been the intention,” series creator and star Issa Rae (Issa Dee) told Billboard in a statement in October. “I knew [music supervisor Kier Lehman] and [my label] Raedio could capture that feeling and leave our fans with something they can always return to, while also providing a platform for emerging artists to have their voices heard on an international scale.”

Since its premiere in 2016, Insecure has done well to feature rising artists like Chloe x Halle, Lizzo, and even Cardi B before they broke big in the mainstream. Lehman was conscious of that precedent while selecting the tracks for Season 5. “I wanted to make sure that we lived up to the expectation and the standard, that we'd sat with the show and past seasons and really give a great soundtrack as far as the songs in the show, but also the soundtrack album that can and will be released along with it,” he told iHeartRadio.

Season 4 saw Insecure’s characters reach many emotional highs and lows, all of which were captured by the soundtrack. Lehman was eager to build on and play with that in Season 5, which will assumedly feature even more peaks and valleys for its characters. “It gives me a chance to really have fun with what kind of songs we put in there. Those kind of moments just help the show grow, right?” he said. “We’re not going to try to do the same thing over and over again.”

Ahead of the Season 5 premiere, HBO Max and Spotify released a playlist containing songs from past seasons as well as interviews and discussions about the music and its cultural impact. Rae and Lehman provide commentary throughout the playlist alongside star Jay Ellis (Lawrence) and artists like Victoria Monet, Vince Staples, and Rico Nasty.

“I always used to say early on that this show might be trash — but the music was for sure going to be fire,” Rae jokes in the intro, adding that their goal was to capture California’s indie rap scene as well as feature female and local Los Angeles artists.

HBO has yet to release the full soundtrack for Season 5, but see the songs featured in Episode 1 below.

More like this
'Rap Sh!t' Season 2 Is Officially Happening & Will Include "More Seducing & Scheming"
By Brad Witter and Grace Wehniainen
'School Of Rock' Changed Joe Keery's Life Forever
By Alyssa Lapid
Ramin Djawadi Is Living Out His Dreams
By Rebecca Long
Everything To Know About Taylor Swift’s 10th Studio Album, 'Midnights'
By Grace Wehniainen and Jake Viswanath
Get Even More From Bustle — Sign Up For The Newsletter