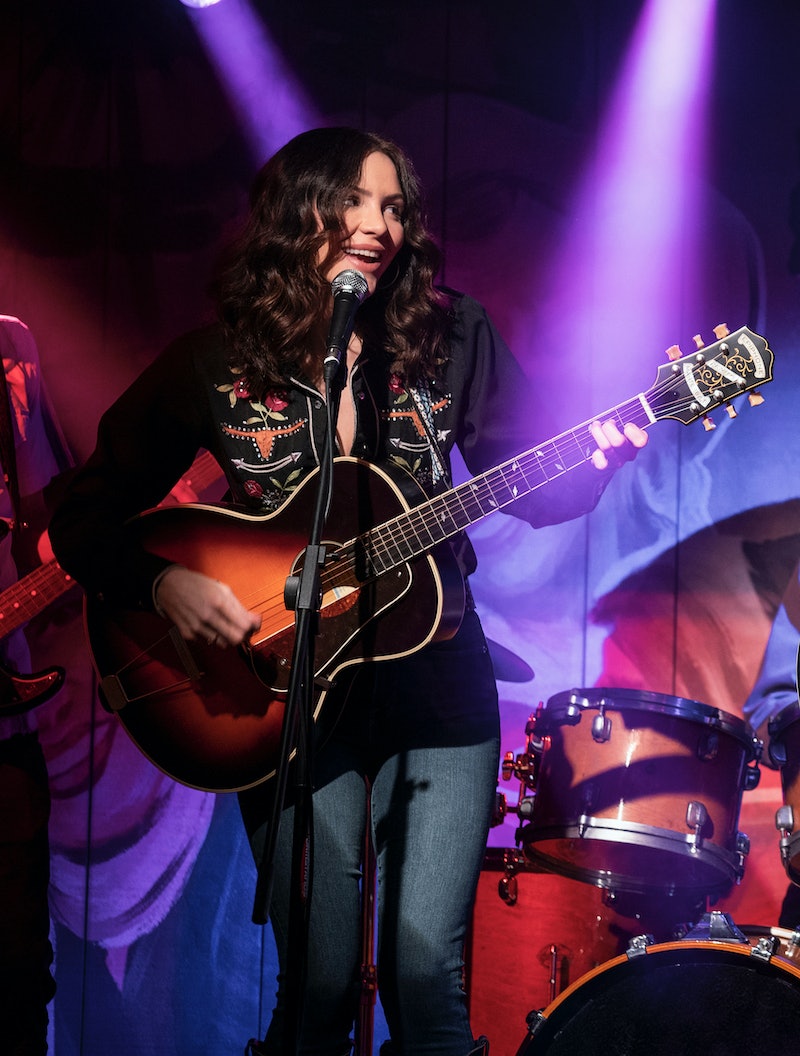 Netflix’s Country Comfort is a musical sitcom about an aspiring singer named Bailey who nannies for a handsome widower and his music-loving kids. The unique premise immediately drew star Katharine McPhee in. “I’ve never watched any sitcoms that had music in them. I thought it was a new element and a fun challenge,” she told TV Insider. Her character isn’t based on a real country singer (or nanny), but because of the nature of the show, she did need to be played by someone who could sing. That’s why Katharine McPhee, American Idol Season 5 runner-up, got on board. She definitely has the pipes and the acting experience (she was also in Smash and Scorpion, among other projects) to play nanny/aspiring singer Bailey. But initially, Country Comfort creator Caryn Lucas wasn’t sure if McPhee was the best fit for the comedy.

“When she first came in, I was scared,” Lucas told USA Today. “I knew she could sing, I knew she was breathtakingly beautiful, and I knew she could act.” But since Lucas hadn’t seen her comic chops, she was worried McPhee couldn’t pull the jokes off. “I prayed she would make me laugh. Thank the Lord, she did,” Lucas added.

For McPhee, the role was a chance to once again combine her love of music and acting like she had on Smash. But playing a country singer was a new experience for the pop and R&B musician. “It’s so original to be in a sitcom that’s also a musical comedy,” McPhee told People magazine. “I’m definitely not part of the country world, but that’s the exciting thing as an actor, you get to do something outside your wheelhouse as a person.”

What she lacked in country singing experience McPhee made up for in actual nannying experience. She told USA Today that, growing up, she helped care for the kids at her church’s nursery and also nannied for her drama teacher’s kids. McPhee said she was a pretty strict caretaker. “As a mother, hopefully, and as a nanny, I tend to follow the rules and try to keep a schedule,” the actor said. “Discipline is good for kids.”

Meanwhile, Bailey is a little bit of a hot mess as a nanny, often prioritizing her long-term career goals ahead of her day job. “[Bailey] quickly realizes that she can selfishly still pursue [singing] by dragging the kids along to auditions,” McPhee teased to TV Insider. “She never gives up this idea of becoming a star.”

McPhee added to USA Today, “I was a much better nanny than [Bailey] was, but that’s part of her charm. She falls into this job of being a nanny that she’s probably not that suited for, but she ends up making it work and is still trying to multitask.” She continued, “That’s something I relate to with her. I pride myself on being someone who can wear many different hats at once, and she definitely tries to do that.”

The end result is a character who weaves in multiple facets of McPhee’s real history in music and nannying while still being her own thing. Watch McPhee bring Bailey to life in the first season of Country Comfort, streaming on Netflix now.

More like this
'Elite' Season 6 Is Arriving Sooner Than You Think
By Gretchen Smail and Grace Wehniainen
What’s New On Netflix: Ana De Armas’ 'Blonde' & A Nick Kroll Special
By Arya Roshanian
Nicola Coughlan Shared A Lady Whistledown Excerpt From ‘Bridgerton’ Season 3
By Grace Wehniainen, Alyssa Lapid and Sam Ramsden
Devi Is Going To Meet A “Smoldering Bad Boy” In ‘Never Have I Ever’ Season 4
By Jack Irvin and Gabrielle Bondi
Get Even More From Bustle — Sign Up For The Newsletter