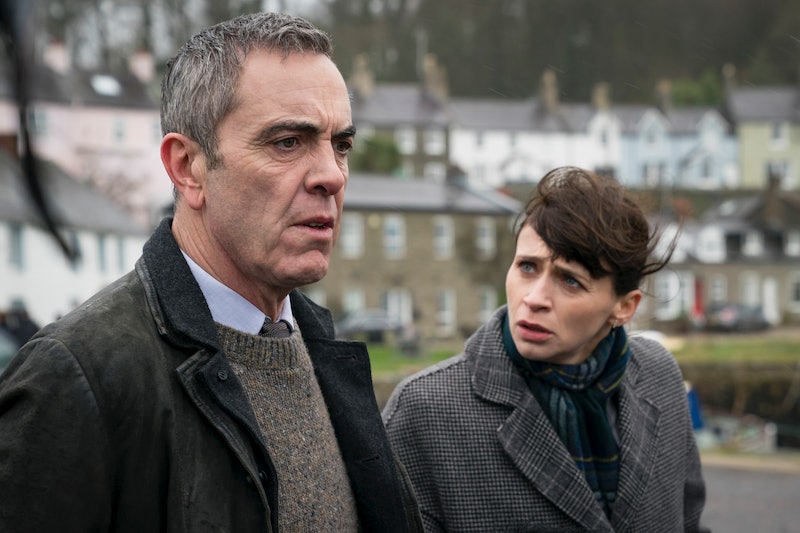 A detective's hunt for a notorious serial killer in Northern Ireland is at the centre of BBC One's latest crime-drama Bloodlands. The new series was created by the man behind Line of Duty and Bodyguard and is penned by show-writing newcomer Chris Brandon. But, what else is there to know about the gritty BBC offering, and is Bloodlands based on a true story?

Outlining the inspiration behind the new series, show-writer Brandon revealed Bloodlands centres on a fictional detective named Tom Brannick (portrayed by Cold Feet's James Nesbitt). However, although not based on a true story as such, the drama's plot arose from the places, people, and experiences of Brandon's childhood spent in Northern Ireland.

In a BBC statement, the show writer explained his desire to "tell the story of someone whose journey is inextricably linked" to Northern Ireland. This led him to draw inspiration from his own experiences growing up amid the Northern Irish Troubles throughout the '80s and '90s. Along with executive producer Mark Redhead, Brandon crafted a storyline that he believes makes for a "thrilling and resonant drama."

Read more: There Are Some Very Compelling Theories About Goliath's Identity In Bloodlands

Bloodlands tells the story of Northern Irish police detective Tom Brannick who stumbles upon a suicide note that appears to be connected to an infamous cold case — one that Brannick himself is personally connected to. The new series also charts the detective's explosive hunt for a legendary assassin known as Goliath, who managed to evade capture during The Troubles.

Speaking ahead of the show's debut, Nesbitt praised the "depth" of Bloodlands, sharing his belief that audiences will take the time to "invest" in the new drama. "It is a cat-and-mouse thriller but the fact that it has the legacy of the Troubles brings an added depth to it." the actor continued: "It’s also a story about a father and daughter, and of loss, so there are real human stories attached to it. At its key it’s really about relationships, I think it’s something that audiences will invest in, invest in the characters."

Bloodlands begins on Sunday, February 21 at 9 p.m. on BBC One.

This article was originally published on Feb. 19, 2021