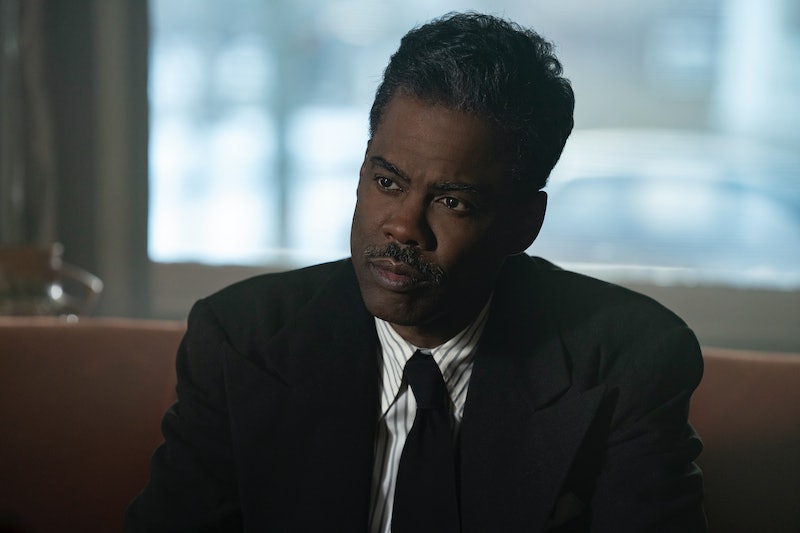 The beginning of every season of Fargo opens with roughly the same disclaimer. “THIS IS A TRUE STORY. The events depicted in this film took place in Minnesota in 2006. At the request of the survivors, the names have been changed. Out of respect for the dead, the rest has been told exactly as it occurred.”

Don’t let that fool you, though. The stories featured in the FX anthology series are entirely fabricated, and so is the disclaimer that kicks them all off. “It's all just made up. The whole cloth. I didn't go looking for true crime. It started from a character standpoint and everything grew organically out of that,” executive producer Noah Hawley said when the show premiered.

The series is inspired by the Coen brothers’ 1966 film of the same name, which centers around a car salesman’s botched scheme to hire two thugs to kidnap his wife and collect the ransom money from her rich family. It, too, begins with a “true story” disclaimer. According to E! News, film producer Ethan Coen admitted the script only “pretends to be true.” However, he later clarified to the Huffington Post that “two little elements in the story” were based on actual incidents.

"One of them is the fact that there was a guy, I believe in the '60s or '70s, who was gumming up serial numbers for cars and defrauding the General Motors Finance Corporation. There was no kidnapping. There was no murder. It was a guy defrauding the GM Finance Corporation at some point,” he said. “The other thing based on something real: There was a murder in Connecticut, where a man killed his wife and disposed of the body — put her into a wood chipper. But beyond that, the story is made up.”

The TV show similarly revolves around crime and murder. The first season follows two detectives as they investigate a string of murders they believe to be linked to an influential drifter who’s just arrived in town. Season 2 revolves around a hit-and-run cover-up and a triple homicide. Season 3 veers closer to the movie, chronicling a probation officer and his parolee’s girlfriend’s bungled plan to steal a valuable vintage stamp and get rich. And Season 4 delves into two clashing crime families in Kansas City, Missouri. Each time, the “true story” disclaimer is changed slightly to reflect the year and setting of the season. But the show is overall even less based in reality than the original film.

"When you say it's a true story, it allows you to tell the story in a different way, because you're no longer on the hook to tell that hero's journey that we've all seen a thousand times before,” Hawley explained to E!. “You're allowed to say, ‘Well look, I know the story goes in a weird or crazy direction now, but that's just the way it happened.' And the audience then goes, ‘Well, this doesn't feel like I know what's going to happen now because it's not unfolding in a way that it usually does.' And I think that's exciting."

Ultimately, the show aims to reflect the American experience, rather than depict specific real people. "Fargo is always a story about America, on some level, and I like the idea of going back in time to look at a very seminal period in American history," Hawley told USA Today of Season 4 in 2020. "I had this idea about these two families, these two criminal organizations, where they trade their youngest sons in order to keep the peace as an insurance policy. And I thought that was a really interesting dynamic. It created a lot of conflict, but it also was a way to look at assimilation and immigration and this collision that took place in northern cities."

More like this
Is The Serpent Queen Based On A True Story?
By Maxine Harrison
What’s New On Netflix: Ana De Armas’ 'Blonde' & A Nick Kroll Special
By Arya Roshanian
The 'Reasonable Doubt' Cast Includes A 'Save The Last Dance' Reunion
By Grace Wehniainen
'Elite' Season 6 Is Arriving Sooner Than You Think
By Gretchen Smail and Grace Wehniainen
Get Even More From Bustle — Sign Up For The Newsletter

This article was originally published on June 18, 2014