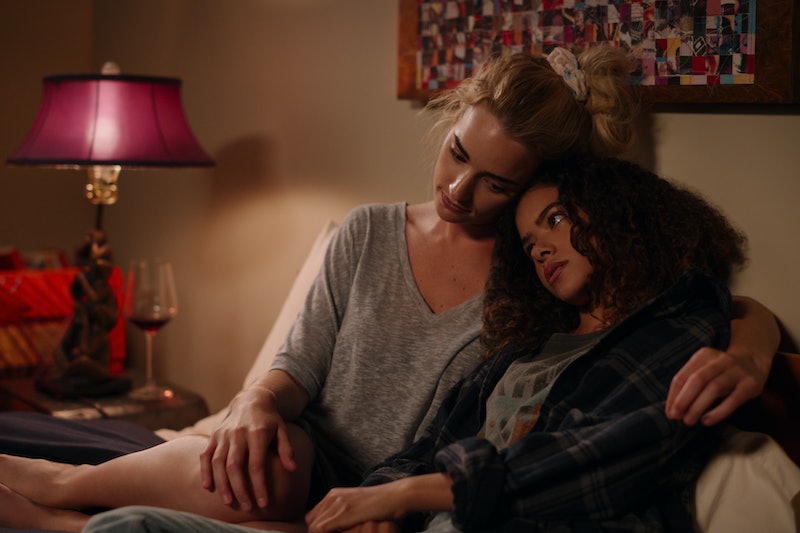 Netflix's new show Ginny & Georgia takes a classic family drama and adds...well, a little more drama. After the death of her husband, Georgia decides to move herself and her two children — Ginny and Austin — out of Texas and into a small town outside of Boston called Wellsbury, Massachusetts. Things appear to be going well: both Georgia and Ginny quickly make friends and stumble into new (if messy) romances. However, Georgia's mysterious but seemingly less-than-legal past soon starts to catch up with them. Before you ask, the show isn't based on a true story, but it was clearly inspired by another popular mother-daughter series: Gilmore Girls.

Not only is Georgia a single mom who had her now-teenage daughter Ginny when she was only a teenager herself (though unlike Rory, Ginny isn't an only child), the family lives in a quaint New England town not much different from Stars Hollow. The similarities between Rory and Ginny are also obvious: like her predecessor, Ginny is an introverted, precocious teenager who loves to read and write. In fact, the Gilmore Girls comparisons are so glaring that Georgia even jokingly compares her and Ginny's relationship to Lorelai and Rory's in the trailer. “We’re like the Gilmore Girls but with bigger boobs," she quips.

Still, there are some differences between the two shows. In addition to having a criminal past, Georgia's background is much less privileged than Lorelai's. And notably, Ginny is a Black, biracial girl growing up in a predominantly white town. "In the pilot alone, people will quickly realize that this show is not Gilmore Girls," Antonia Gentry, who plays Ginny, admitted in an interview with W magazine.

But if you're looking for a show that mixes the charm of small-town living and mundane high school drama with the high stakes of a slowly building mystery, Ginny & Georgia could be the next best thing.