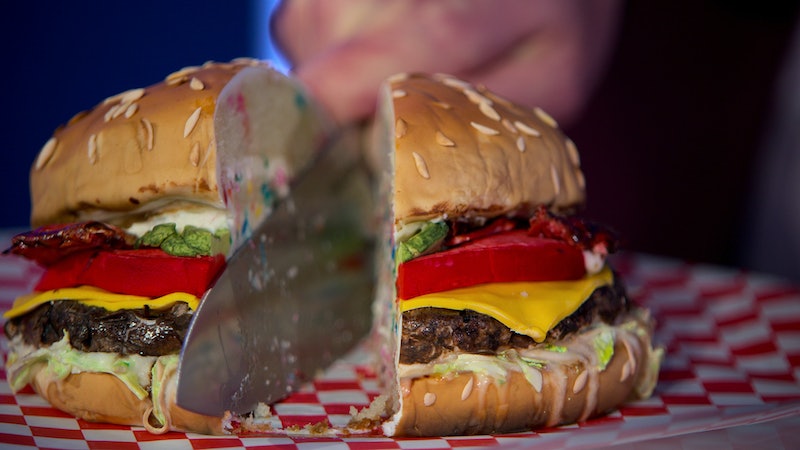 Netflix’s viral sensation Is It Cake? premiered in March 2022 and immediately caused a stir. The reality baking show based on an online meme asks a panel of celebrity judges (and viewers at home) to discern which thing in a lineup of generic items — sneakers, hamburgers, hats, you name it — is actually made of cake. The hyper-realistic reality baking show landed on the streamer’s Top 10 English TV list for four straight weeks after its premiere and also reached similar viewership in 75 global countries. In its early days, the show even had a few controversies: Most notably, audiences had strong feelings about whether contestant Jonny Manganello cheated during the first episode’s challenge.

Contestants on the show compete in paid challenges, recreating household objects and collecting $10,000 per episode if they successfully fool the judges. Show participants can also earn $5,000 by correctly guessing if an object is cake in a quickfire challenge. The first season culminated in Andrew Fuller, the baker rocking a neon green mohawk and matching beard, triumphing and taking home the $50,000 grand prize.

It’s no surprise that the runaway hit has been renewed for a second season. Here’s everything we know so far about Season 2 of Is It Cake?.

Is Mikey Day Returning As The Is It Cake? Host?

One of the few details confirmed in the renewal announcement is the expected return of host Mikey Day. Day rose to fame as a writer and featured player on NBC’s Saturday Night Live, and provided a self-deprecating and punny presence on the reality show.

Who Are The Is It Cake? Season 2 Judges?

Judges for Season 2 have not been announced, but based on the crop of judges from the first season, we can expect to see a good amount of personalities from the Netflix and Saturday Night Live family of talent. Season 1 featured the likes of Karamo Brown (Queer Eye), along with Heidi Gardner and Bobby Moynihan (SNL).

Who Are The Is It Cake? Season 2 Contestants?

Contestants for Season 2 have also not yet been announced. Participants in the first season were relatively unknown bakers from across the country, and it’s expected that Season 2 will follow suit.

When Will Is It Cake? Season 2 Premiere?

No official premiere date has been announced, but with common wisdom about reality TV show production timelines, it’s possible we could get Season 2 before the end of the year. And given the runaway success of the first season, we wouldn’t be surprised if it gets prioritized on Netflix’s schedule.

This post will be updated as more information about Season 2 of Is It Cake? is released.

More like this
One Of 'Selling Sunset's New Cast Members Just Had A Baby With Nick Cannon
By Orla Pentelow and Brad Witter
Everything To Know About 'Indian Matchmaking' Season 3
By Brad Witter
Move Over, 'Sunset'! The Drama-Filled Trailer For 'Selling The OC' Is Here
By Nola Ojomu
Everything To Know About 'FBoy Island' Season 3
By Kadin Burnett
Get Even More From Bustle — Sign Up For The Newsletter