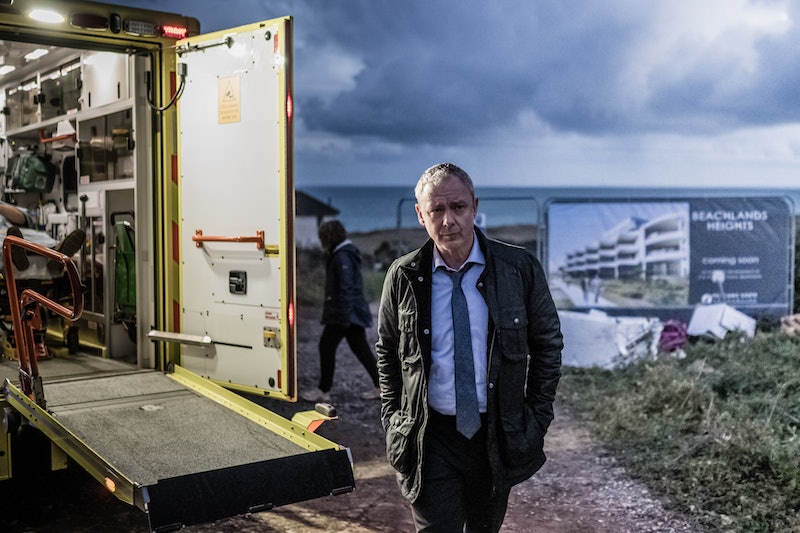 Brand new drama Grace is due to air on ITV on Sunday, March 14, and looks to be a must-watch for crime fans. Based on the bestselling books by Peter James, the two-part drama follows Roy Grace, a Detective Superintendent haunted by the loss of his wife, Sandy, who disappeared six years ago. He devotes his career to solving cold cases through some unorthodox detective skills, but is ITV’s Grace based on a true story?

The short answer is, sort of. The Grace storyline is not based on any specific events but the Roy Grace character very much is. On his official website, Peter James shared that the character is based on a detective he met after becoming the victim of a crime himself.

“It started when we got a burglary and a young detective came to our house to take the fingerprints,” he said. The detective was David Gaylor, whom James struck up a friendship with.

“He took me to an office in Brighton ... and I noticed there were crates all over the floor and it was a mess. I asked him, ‘Are you moving office?’ He replied, ‘No these are my dead friends.’ He said that each one of those was the case file of an unsolved murder – what we now know as ‘cold cases.’ He said ‘I’ve been put in charge of reopening these. I’m the last chance the victims have for justice, and I’m the last chance the families have for closure.’”

James went on: “I was writing my early books then and I went with him during the case investigations. I realised how every murder is a puzzle. Dave helped me know the police procedures and got me through to people who would tell me how they approach the case.

“In 2001, my publishers asked if I have ever thought of creating a fictional cop as my central character. I went to Dave and asked him if he would like to be a fictional cop. He loved the idea and that was how Roy Grace was born. While I am writing my books, we discuss stories and he reads over 100 pages of the novel and guides me how Detective Grace would think and act or conduct the case. So there is a real person behind Superintendent Roy Grace.”

From the looks of things, the pair have even done some meet and greets together.

Other elements of the Roy Grace story are inspired by James’ real life too, like the setting of Brighton, the city where the author lives.

The trailer dropped for Grace this week and John Simm looks ever the brooding detective in the thrilling teaser.

Per Radio Times, novelist Peter James is more than happy with the casting. “John Simm, who actually looks like the Roy Grace of my imagination, is inspired casting!” said James. “With John in the lead, the brilliant scripting by Russell Lewis, and our wonderful production team, I’m confident that fans of my novels, and of TV crime dramas in general, will be in for a treat.”