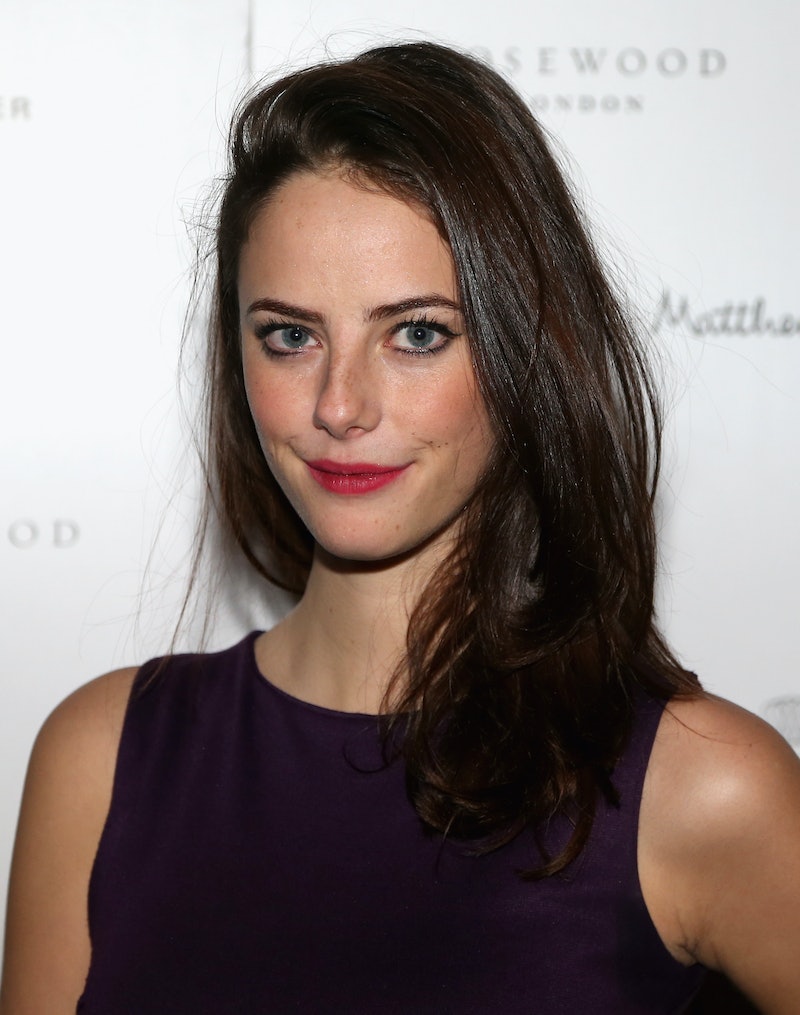 Kaya Scodelario – whom many millennials will always remember as Effy Stonem – has had much better luck in love than her Skins character. Scodelario has been married to actor and comedian Benjamin Walker since 2015 and the pair have gone on to build a family together. But how did the actor meet her partner? And what else is there to know about their relationship?

Walker and Scodelario met during the filming of their movie The King’s Daughter and have had what the Daily Mail describes as "a whirlwind romance." That particular description likely refers to the fact that the pair were dating for less than a year before getting engaged.

In her caption announcing their engagement on Instagram, Scodelario wrote, "Thank you for making me the happiest woman in the world."

Before meeting Walker, Scodelario was linked to her Skins co-star Jack O'Connell and also dated Shameless star Elliott Tittensor until roughly 2014. Walker was previously married to Mamie Gummer – a.k.a. one of Meryl Streep's daughters.

Walker and Soldelario tied the knot in March 2015. The pair had a winter wedding ceremony in New York Town Hall. Scodelario shared a photo to her Instagram with the caption, “[O]ur amazing wedding day with all our friends and family. Thank you mum for walking me down the aisle. You looked amazing. Thank you @findthewalker for being the love of my life. You looked pretty good too”.

The celebrity couple share two children together: a five year old son born in November 2016 and, more recently, a daughter who arrived in December 2021.

Welcoming her daughter, Scodelario wrote on Instagram, “You made it here little one! Starting the new year with so much love in our hearts & in our home. Plus poop and puke, lots of that too.”

More like this
'The Holiday' Director Just Addressed *Those* Sequel Rumours
By Sam Ramsden
Hugh Jackman Shared The Sweetest Tribute To His “Extraordinary” Wife
By El Hunt
'Bridgerton' & 'Succession' Casts Join Forces For A New Dickens Adaptation
By Darshita Goyal
Robert Downey Jr.’s New Film Is A Tender Story of Fatherhood & Forgiveness
By El Hunt
Get The Very Best Of Bustle/UK

This article was originally published on Dec. 29, 2014