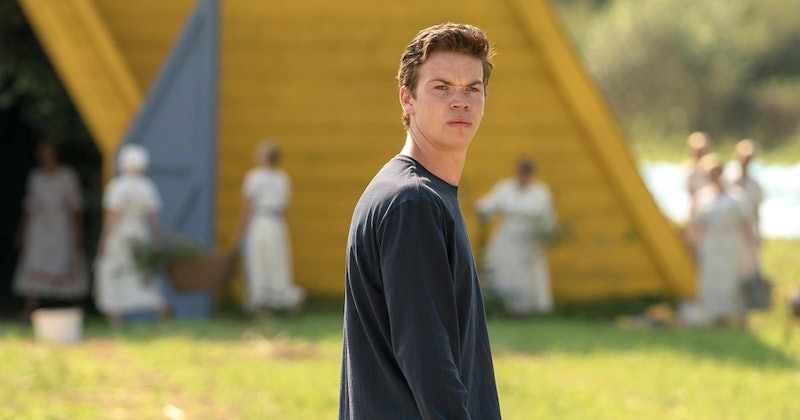 Ari Aster's Midsommar follows the story of a young couple and their travel companions who jet off to Sweden to visit a small town's mid-summer festival. However, the equilibrium is soon disturbed when the group find themselves at the mercy of a violent pagan cult. Released back in 2019, the acclaimed film has since become a hit with horror fans and critics alike. However, is Midsommar real or a work of fiction?

Well, after some digging, it appears the movie was at the very least based on some truly terrifying traditions from years gone by. But, is Midsommar based on a true story? Here’s everything we know.

According to Vulture, director Ari Aster was approached by studio bosses to create a Wicker Man-esque story, and although initially turning down the opportunity to do so, he eventually agreed. Although this implies that Midsommar is not based on a true story, the film is indeed inspired by some real-life traditions.

As Vanity Fair reported,Midsommar's director took inspiration from various strange sources in order to create the Hårga cult. Before production began, Aster made his way to Sweden and teamed up with the local set decorator, Henrik Svensson, to carry out in-depth research. After visiting a wide range of local folklore museums and centuries-old preserved farms, Aster applied what he discovered into the story — including the classic elements of a summer solstice celebration, such as flower gatherings and dancing, albeit with a horror movie twist.

Per Esquire, author and journalist Po Tidholm, who has literally written the book on Swedish traditions, previously shed light on some of the events that unfolded during the film. He noted that much of the horror included in Midsommar originates from the ancient Pagan history of the Midsummer festival. Although, this festival in Sweden, where the film is based, has very few Pagan roots.

Speaking to Esquire, Tidhol said, "to my knowledge there [have] never been any sacrifices on midsummer. Not even in ancient times." However, some of Midsommar’s most terrifying elements, such as human sacrifices, do emerge from other ancient European Pagans. So, although not always geographically accurate, much of the horror seen in Midsommar has actually happened — which makes this unusual horror flick all the more horrifying.

As The Sun reports, it wasn’t just moviegoers who were left terrified by Midsommar upon its 2019 release, and actor Will Poulter, who stars in the film, previously revealed that Midsommar frightened him "to his core." During an interview on Chris Evans' Virgin Radio Breakfast Show, the actor commented, "It is rare to see something you are in and be genuinely so affected by it, when you can presumably see the scenes and the working out as it were.” He added, “This one terrified me to my core, despite the fact I knew it was a film I was in.”

This article was originally published on July 5, 2019