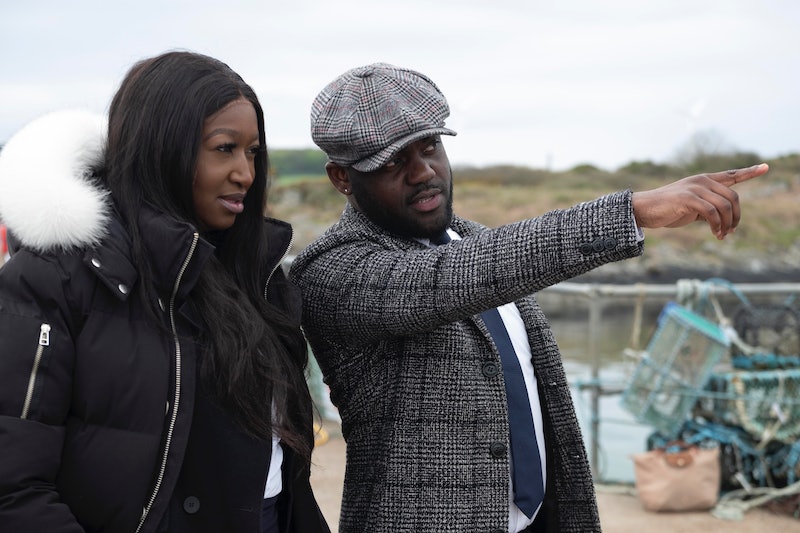 Written and developed by Scottish crime novelist Ian Rankin, Channel 4’s Murder Island sees eight contestants split into four teams of two as they are tasked with solving a murder on the remote Scottish isle of Gigha. The prize? A tidy sum of £50,000.

The island itself is inhabited by a small group of residents who are all suspicious in their own ways. It’s up to the contestants to figure out who knows what, and how exactly the residents might link to the crime. With access to police resources like pathologists, forensic scientists, and psychologists, this group of armchair detectives will be monitored under the watchful eye of three former detectives, as they observe what the group doing right (and wrong).

So, is the mystery that the contestants must solve actually based on a real murder?

Although Rankin has taken inspiration from true crime in his writing before, the crime in Murder Island is entirely fictional. In fact, the reality show takes inspiration from ITV’s Broadchurch, more than anything. Speaking to Radio Times, Rankin explained that he marathoned the award-winning drama immediately after Channel 4 approached him to create Murder Island.

Rankin said he wanted to flip the usual crime narrative, where the focus is usually on the murderers rather than the victims, particularly in the fictional world where characters are amplified for dramatic effect. “I’m very wary of focusing too much on the perpetrator, and making them seem more charismatic than they are,” he explained to Radio Times. “In the real world, these people are usually sad, bland, ugly individuals. We shouldn’t be spending too much time thinking about them – we should be focusing a little more on the victims,” Rankin continued.

Obviously, in Murder Island’s case, the focus is purely on the process of solving the crime, given that the entire scenario isn’t not based on a true story. For the contestants – and the viewers at home – it’s all about the challenge of solving that fictional crime.