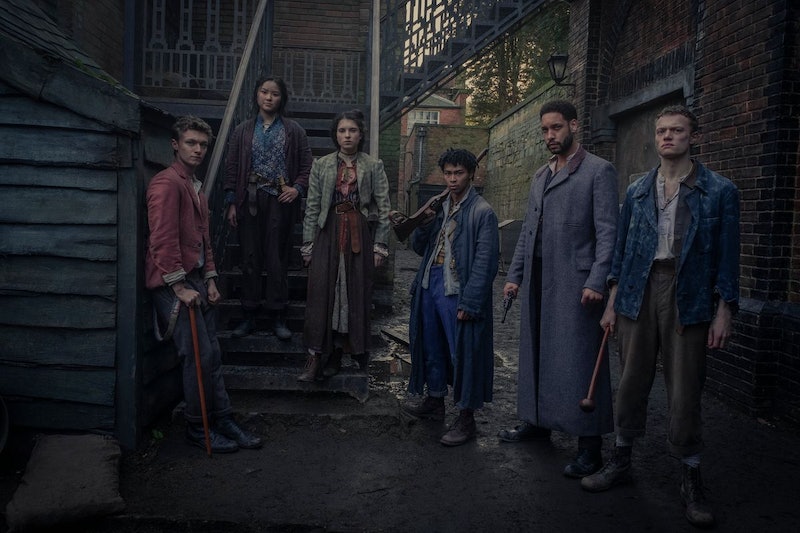 New Netflix show The Irregulars is about to take a much-loved character and shake things up. It follows a gang in London as they uncover the “demonic and mysterious depths of Victorian London” alongside Dr Watson and his business partner, Sherlock Holmes. Starring Henry Lloyd-Hughes, Olivia Grant, and Royce Pierreson, the eight episode series has elements of the supernatural, but is is based on a book?

Much like Netflix’s Enola Holmes, BBC’s Sherlock Holmes, and even Disney’s Basil, The Great Mouse Detective, The Irregulars is based on the work of Victorian Scottish writer and physician Arthur Conan Doyle. He invented one of the most famous British fictional characters, Sherlock Holmes in 1887, appearing in 56 short stories and four novels. The erratic pipe-smoking genius detective living at number 221b Baker Street, has captured minds for decades.

But it seems like The Irregulars will be turning what we know about the beloved detective on its head, and reimagining the characters too. Firstly, the gang of kids will be a mixture of genders and ethnicities. And in this interpretation, Holmes is portrayed as a troubled man with substance use problems (which is actually in line with the original books, where Sherlock Holmes was often portrayed using drugs). He also is shown taking the credit for the Irregulars solving supernatural mysteries around London, where in the books they merely assist him in his enquiries.

So, we won’t be seeing Holmes through rose-tinted glasses as a hero but instead as someone taking advantage of a group of disenfranchised kids. Now that’s a twist.