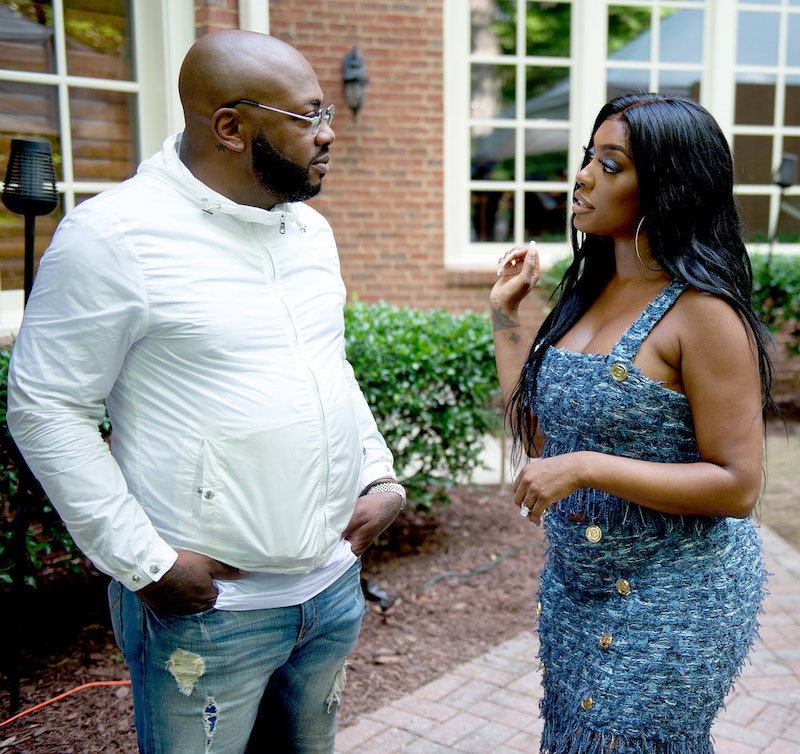 In May, Porsha Williams rocked the Real Housewives of Atlanta fandom by announcing she was engaged to Simon Guobadia after a month of dating. The situation was messy for a number of reasons — namely that Simon was in the middle of a divorce from Porsha’s RHOA castmate Falynn, who appeared as a “friend” to the women in Season 13. But it was also surprising because Porsha had somewhat recently ended her engagement to Dennis McKinley, the father to her 2-year-old daughter Pilar.

Porsha began dating Dennis in 2018 and got engaged to him in September of that year, two months after she learned that she was expecting. They welcomed Pilar in March 2019, but ended their relationship three months later, after Dennis admitted he’d cheated on Porsha during her pregnancy. He later said he’d been unfaithful because he was sexually turned off by Porsha both while she was pregnant and after she’d given birth, as she was battling postpartum depression.

After some time apart, the two rekindled their relationship, and McKinley surprised Williams and re-proposed during a RHOA cast trip to Toronto, Canada. “We're working on our family. It takes time," Porsha explained on Watch What Happens Live in December 2020. "I love him, and he loves me, and we're doing what's best for our family. That's really all you can do."

However, Porsha confirmed she was single once again in December 2020, explaining on Watch What Happens Live that she and Dennis were “very cordial" and had “a great co-parenting relationship.”

Porsha reiterated that message when announcing her engagement to Simon. “Simon and Dennis are committed to being respectful and supportive of my happiness in this situation, as well as being the best co-parents they can be to baby PJ,” she wrote in an Instagram post. “Two Black men stepping up and being amazing people — let’s praise them!!!!”

It appears that dynamic will be tested in Porsha’s new Bravo series Porsha’s Family Matters, premiering on Nov. 28. “I say you still love me,” Dennis tells Porsha over dinner in the trailer. Later, when a family member asks if he and Porsha are “really done,” Dennis shakes his head no. “Things are never really over with the baby’s mother,” he tells the camera. Simon holds firm. “I’m always going to stand my ground. There’s no other man that’s going to speak over me,” he tells Porsha, seemingly referring to Dennis. A later scene shows some kind of physical altercation at a party and Porsha crying, though it’s unclear if the confrontation was between Simon and Dennis.

Regardless of what unfolds on the show, Simon and Porsha are still very much together. She posted an Instagram picture with him as recently as Nov. 15, when the couple attended an Atlanta Hawks basketball game together. As for Dennis, he doesn’t appear to be dating anyone. Simon finalized his divorce from Falynn in July 2021; she now’s engaged to and expecting a baby with Jaylan Banks.