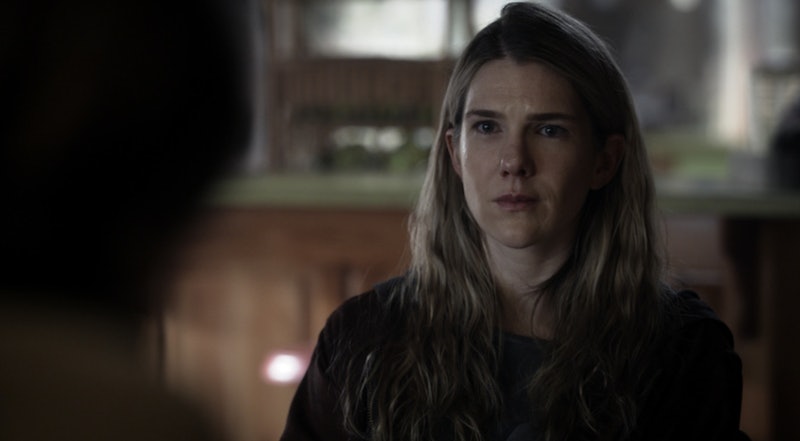 In the new Amazon Prime show Tell Me Your Secrets, everyone has something to hide. The psychological thriller centers on the life of Karen (Lily Rabe), a woman who takes on the identity of "Emma" after being released from prison into the Witness Protection Program by an FBI psychologist hoping she'll be able to remember something about the crimes of her serial killer ex-boyfriend. Elements of the story might seem familiar, leading fans to wonder if Tell Me Your Secrets is based on a true story.

In the series, things get more complicated as Mary (Amy Brenneman), a mother who is overwhelmed by grief for her missing daughter, looks for answers. She hires John (Hamish Linklater), a supposedly reformed sexual predator searching for redemption, to find Karen/Emma — who Mary believes was somehow involved in her daughter's disappearance. It's a messy web of secrets and lies, made even more complex by the fact that Emma is an unreliable narrator, and all of the characters are regularly manipulating moral boundaries in order to achieve their own ends.

Although the events of the series aren't based on any specific real-life people or stories, Tell Me Your Secrets creator and writer Harriet Warner explained that she did draw inspiration for the character of Karen/Emma from the girlfriends and wives of actual serial killers — situations where some of the suspicion surrounding the killer also lingered over their significant other. “It’s guilt by association. Complicity because of love,” says Warner. And even though the events of the show might not be true-to-life, it appears as though Warner put thought into ensuring her complicated characters came across as authentic.

At one point in the trailer for Tell Me Your Secrets, Emma remarks that "there are so many things that all of us aren't telling each other, all of the time." Figuring out the truth behind any of the secrets being kept by the characters in this series isn't be easy, but isn't that the case with any good mystery?