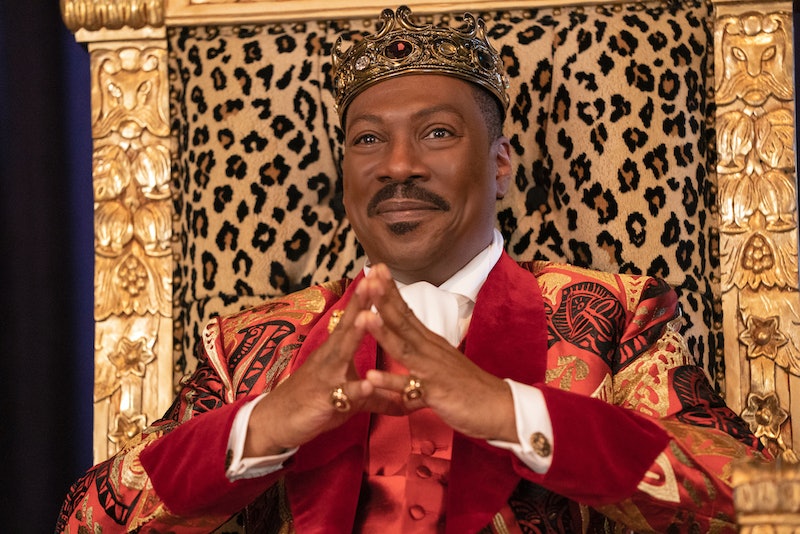 When Prince Akeem (Eddie Murphy) came to America with his best friend and confidant Semmi (Aresnio Hall) in 1998's Coming to America, nobody in Queens, New York knew where Zamunda was. Now, after 32 years and with a sequel, Coming 2 America, finally available on Prime Video, many more recent fans of the cult classic find themselves wondering the same thing: Where is Zamunda, and is Zamunda even real anyway?

In the original film, Coming to America, Zamunda is described as something of a utopian country located in Africa. The first portion of the film takes place in Zamunda, and it follows Prince Akeem and the lavish royal lifestyle he has — not having to brush his own teeth, elephants everywhere, large musical numbers, all sorts of ostentatious displays of power and wealth. However, Akeem isn't happy, at least not entirely; he's arranged to be wed to a woman to whom he feels no significant attraction. In the hopes of searching for something or someone with a bit more personality, he leaves for America — Queens, New York, to be specific.

For all its glitz and glamour and displays of wealth, Zamunda is not a real place, despite what Akeem says in the film's second trailer when he compares it to Wakanda. It isn't even really based on any real particular place, and stands as a bit of a mish-mash of West African cultures. The Zamunda scenes from the original film, few as they are, were filmed on a soundstage or at other scenic locations like the Huntington Library and Gardens near Pasadena, California, according to Movie-Locations.com.

As a contrast, Coming 2 America flips the script in terms of story and setting. It follows Prince Akeem as he journeys back to America to seek out an estranged son, and then brings him back to Zamunda to learn about his royal heritage. Director Craig Brewer, speaking with Showbiz Cheat Sheet, explained, "So to me, as much as I loved the down and dirty Queens with the barbershop and Randy Watson and everybody, there was something really magical about the idea of spending the majority of the movie in Zamunda." For that, the production took place in Atlanta, Georgia, and many of the Zamunda interiors are actually soundstages.

So while unfortunately there is no real Zamunda to visit, we'll at least get a much better peek at what the nation is like in Coming 2 America, which is now streaming on Prime Video.