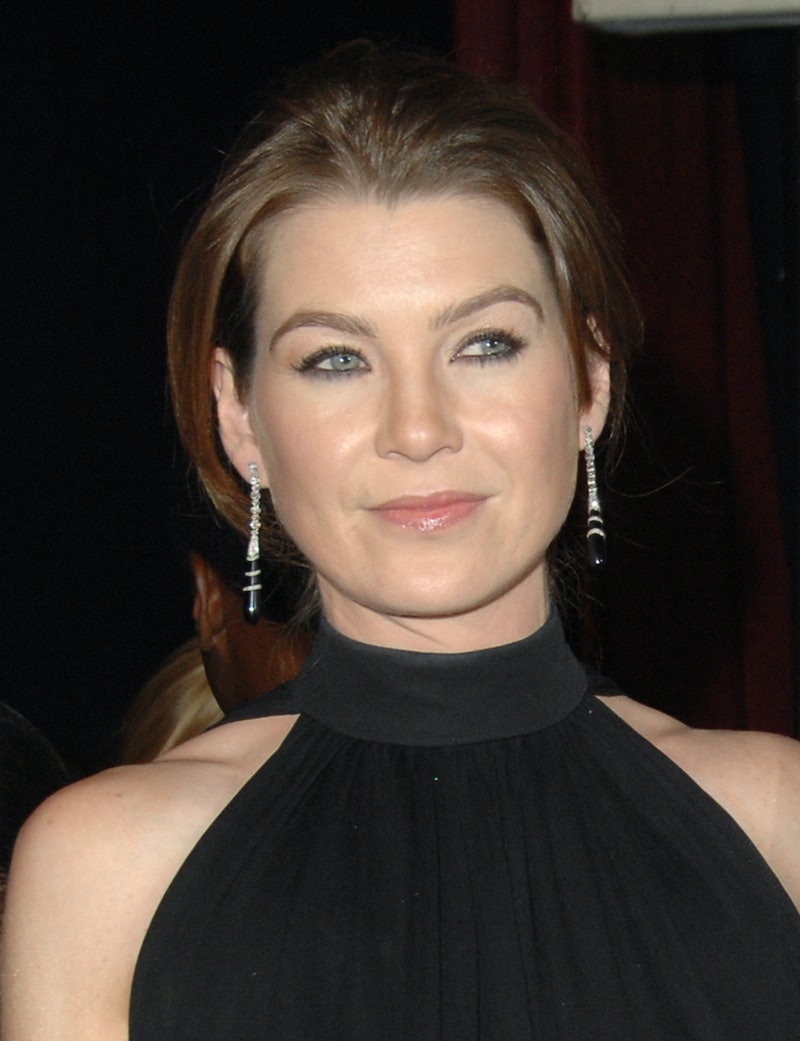 About a decade after their feud, Grey’s Anatomy alum Isaiah Washington has rehashed old drama with Katherine Heigl on Twitter. Washington, who played Dr. Preston Burke in the first three seasons of the series, criticized his former co-star on Monday, Nov. 16, for comments she made in 2007. During that time, Washington had been fired from the medical drama for using a homophobic slur on set, which later prompted Heigl to declare that he needed to "just not speak in public." Washington has now revisited Heigl's comments 13 years later, citing his desire to exercise free speech, and Ellen Pompeo just got involved.

"This woman once proclaimed that I should 'never' be allowed to speak publicly again," Washington tweeted alongside an image of Heigl. "The world agreed with her proclamation back then and protested for my job and my head in 65 languages. I wish I was on Twitter in 2007, because I will NEVER stop exercising my free speech." When a Twitter user defended Heigl, Washington responded, "Your opinions are your own, but you are a fool, a liberal and misguided feminist to even try and defend this woman. You weren't there, so die on this hill, whoever you are. She could have cared less about her gay friend."

Washington then referenced current Grey's actor Chandra Wilson, known for her role as Dr. Miranda Bailey, and tweeted, "Chandra Wilson knows all about that too." When a follower asked why he decided to dredge up old drama and "throw Chandra under the bus," Washington tweeted, "Because it's the TRUTH. The End."

At the time of Washington's fallout, the actor denied that the homophobic comment was directed towards his co-star T.R. Knight, who came out as gay after Washington's comments made headlines. However, Knight and others on the show interpreted the situation differently. During an appearance on the Ellen DeGeneres Show in 2007, Knight revealed that the slur emboldened him to come out. Washington then issued an apology to Knight and the LGBTQ community, writing in a statement that "there are issues I obviously need to examine within my own soul."

In 2007, Washington also explained that Pompeo was mentioned in the heated argument. He claimed, "I said, ‘I don’t need Ellen, I can act.' And that was the moment that sent it into a different zone. [Patrick Dempsey] became unhinged, sprayed spittle in my face. … I said several bad words." In what seemed to be a comment on the ongoing controversy, on Thursday, Nov. 19, Pompeo posted a GIF of Heigl. Interestingly, the GIF showed Heigl's character telling Pompeo's, “Dude, she went all cage fight on you," and Pompeo captioned it, "Hey it’s Grey’s day!!!" It's not clear what Pompeo meant to convey with that tweet, but the timing is certainly notable.

While Heigl has not responded to Washington's new comments, a source close to the 27 Dresses actor told Us Weekly on Tuesday that she remains resolute in her past comments. "Katherine stood up for her close friend twice when Isaiah publicly outed him and called him a f—–t," the source said. "That's hate talk, not free speech. She is proud that she stood up for him. Katherine is and always will be an advocate and ally to LGBTQ community."

More like this
'Grey's Anatomy's New Intern Got Advice From Dr. Bailey Herself
By Grace Wehniainen
Did 'Grey’s Anatomy' Just Drop A Major Taylor Swift Easter Egg?
By Grace Wehniainen
How Much Are The 'Schitt’s Creek' Stars Worth?
By Hugh McIntyre
‘SNL’ Finally Spoofed Nicole Kidman’s Weirdly Beloved AMC Ad & Nailed It
By Stephanie Topacio Long
Get Even More From Bustle — Sign Up For The Newsletter

This article was originally published on November 17, 2020