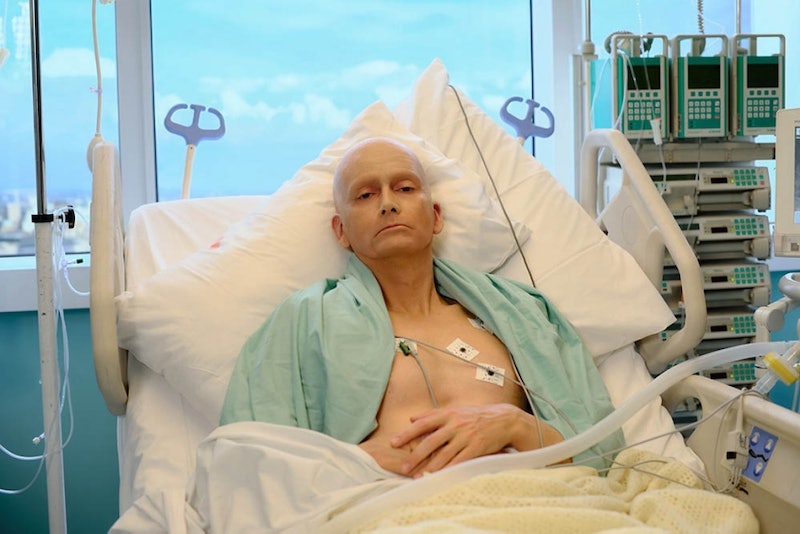 Serious question: Is there anything David Tennant can’t do? Clearly not, as he’s completely transformed himself once again for ITV’s upcoming drama Litvinenko. The four-part series tells the story of Alexander Litvinenko, a former Russian Federal Security Services and KGB officer, who was poisoned with a radioactive isotope known as Polonium-210 in November 2006. Written by George Kay, the creator and showrunner of the crime thriller Lupin, Litvinenko will chart “one of the most complex and dangerous investigations in the history of the Metropolitan Police,” per the synopsis, which links back to Russian president Vladimir Putin. Here’s everything you need to know about Litvinenko, including the plot, cast, and release date.

With the support of Litvinenko’s family and key individuals involved in the investigation, Litvinenko focuses on the mammoth task presented to Metropolitan Police officers Clive Timmons and Brent Hyatt as they investigate who poisoned Litvinenko and the potential risk the radioactive poison may pose to the public. As Litvinenko lay on his deathbed, he gave the officers invaluable information in “meticulous detail” about his past as an FSS and KGB officer, claiming that his murder was under the direct orders of Putin.

The drama also focuses on Litvinenko’s widow Marina, who fought “tirelessly to persuade the British government to publicly name her husband’s killers and acknowledge the Russian state in his murder.”

Playing Litvinenko was a hefty task for Tennant and one that has stayed with him – particularly after meeting his wife, Marina. “We are recreating something that happened relatively recently, that was devastating to her and to her life and has entirely transformed what her life since has become,” the actor shared on the Royal Shakespeare Company’s Interval Drinks podcast. “I felt the responsibility of that, of getting that right. Just the horrors she’s lived through and that that story signifies, our world is still living through.”

Litvinenko will be one of the titles launching with ITV’s new streaming platform ITVX this December, with all four episodes available to watch on Dec. 15. The trailer is now available to watch and it hints at the unique perspective the film takes through Tennant enacting Litvinenko and his wife Marina’s pursuit for justice following her husband’s assassination.

More like this
Everything To Know About The 'Daisy Jones & The Six' TV Series
By Maxine Harrison and Brad Witter
A New Netflix Doc Will Explore The Unsolved Murder Of Jill Dando
By Sam Ramsden
'Bridgerton' S3 Will Show A *Very* Different Side To Kanthony
By Sam Ramsden
Twitter Is Burning As Phoebe Dynevor Reveals Daphne’s 'Bridgerton' Exit
By Sophie McEvoy
Get The Very Best Of Bustle/UK
Sign up for Bustle UK's twice-weekly newsletter, featuring the latest must-watch TV, moving personal stories, and expert advice on the hottest viral buys.

This article was originally published on November 12, 2022