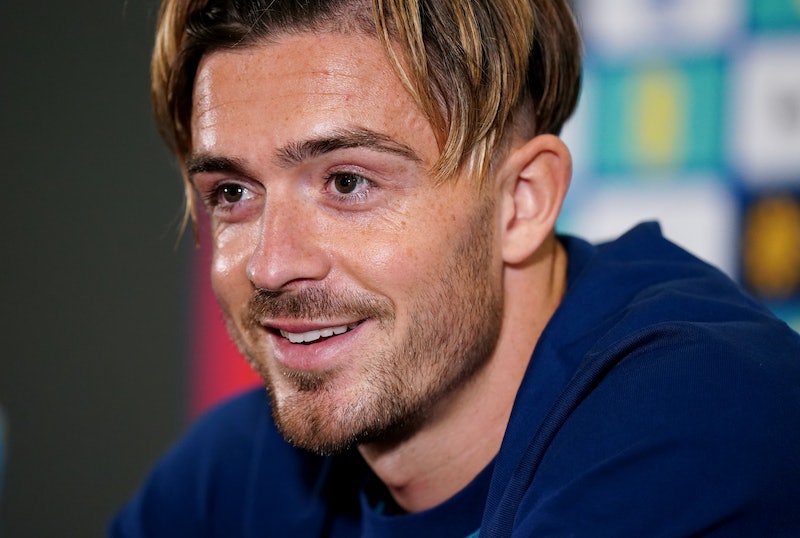 The men’s England football team just released a video on their social media that has fans reeling, to say the least. The squad is currently preparing for the upcoming winter World Cup in Qatar that kicks off in November, and after the huge success of the Euros 2020, it’s safe to say the nation has pretty high hopes. The montage features footballer Jack Grealish reacting to the team’s new World Cup kit and his reaction is so British.

Over the 15-second video, the midfielder approves of the team’s freshly minted home and away jerseys, with wild iterations of “That’s a solid ten, I’m having that,” “I’m massively having it,” “I’m actually really having them,” and “No, I’m really having them man.” Translation? He really, really likes it.

The social media manager for the England team has definitely handed us a meme-worthy gem with this Grealish mix. The new away kit, designed and created by Nike, evokes memories from Euro 1992 with a bright red jersey with a navy collar. The home jersey emulates the team’s famous 1996 jersey – with the white body and blended blue sleeves and the collar – the last time that the Three Lions won the cup. The shirt retained the white body but blended it with a gradient of blue on the sleeves and the collar.

Gareth Southgate’s team will kick off their campaign, playing against Iran on Nov. 21, wearing the home shirt and will face the U.S. team four days later.