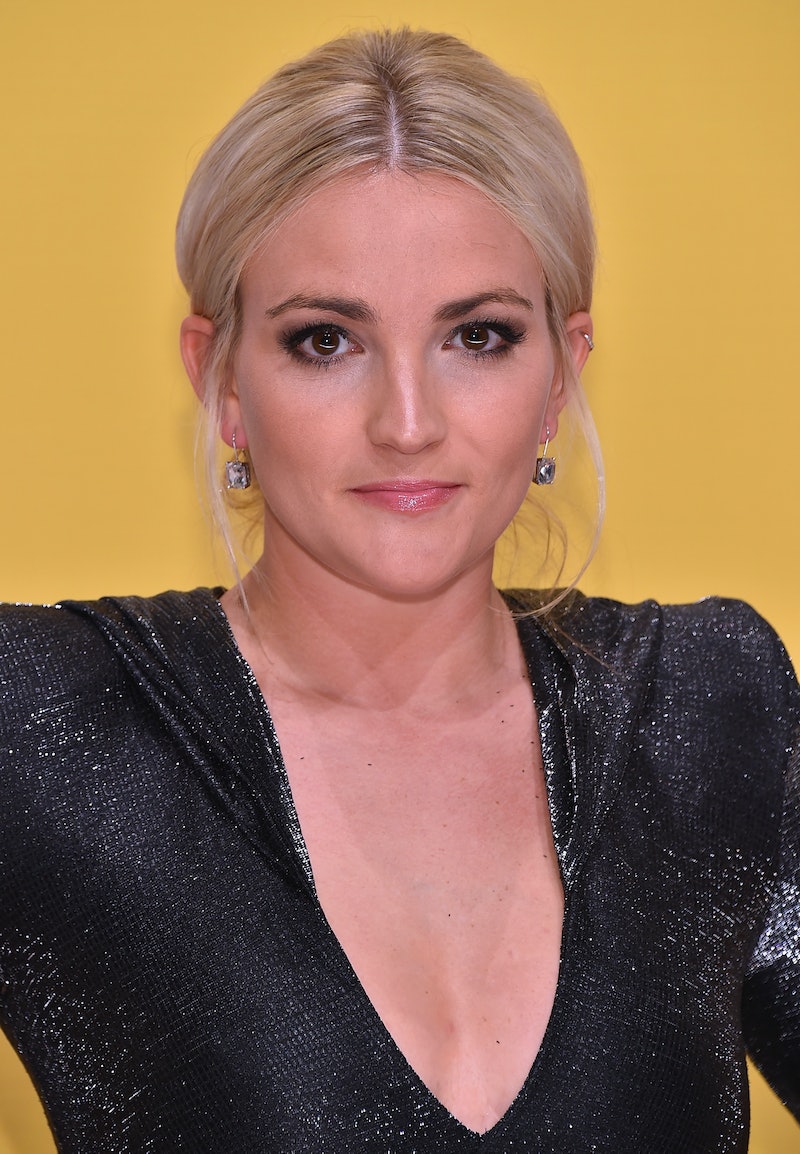 Jamie Lynn Spears is getting ready to share her truth. On Monday, Oct. 11, the former Nickelodeon star revealed that she wrote a tell-all book called Things I Should Have Said, and based on the title alone, it’s clear that she’s not holding anything back. “I can’t believe I finished writing my book!!!” the 30-year-old actor and musician wrote alongside the book cover, adding that the project has “been in the works for quite a longggg time now.”

Jamie Lynn’s book comes at an interesting time. Her sister, pop star Britney Spears, is in the thick of an ongoing legal battle to end her 13-year-long conservatorship. In September, the singer’s father was removed as conservator of her estate. This decision came after months of drama that ensued after a June 23 court hearing in which Britney compared her father to a sex trafficker and said that her family didn’t “do a goddamn thing” to help her out of the “abusive” legal arrangement.

After the initial court hearing, it seemed that Jamie Lynn stood by her older sister 100 percent. “I have nothing to gain or lose either way,” she said after Britney’s testimony, adding that she only wants her to be happy. “I’ve made a very conscious choice in my life to only participate in her life as her sister. Maybe I didn’t support her the way the public would have liked me to with a hashtag on a public platform but let me assure you that I’ve supported her long before there was a hashtag, and I’ll support her long after.”

In July, however, Britney hinted that her relationship with Jamie Lynn was strained. In a lengthy Instagram post describing how her 13-year conservatorship has “hurt [her] deeply,” Britney described some of the ways in which her family has let her down — including Jamie Lynn. “I don’t like that my sister showed up at an awards show and performed MY SONGS to remixes,” she wrote, referring to her sister’s 2017 performance at the Radio Disney Music Awards. Later that month, Britney appeared to throw shade at her sister again by mimicking her in the caption of one of her dancing videos.

While it remains unclear if Jamie Lynn’s upcoming book will address her relationship with Britney, the former Zoey 101 star did share a little bit about what people can expect. “Back In 2017, after Maddie’s life-changing accident, I felt a strong conviction to share my story,” she wrote, referring to the ATV accident that trapped her then eight-year-old daughter underwater. But according to Spears, “there was a lot of personal work and healing that had to happen” before she put pen to paper.

Jamie Lynn added that the book will dive deep into her own mental health. “This process challenged me to have to be painfully honest with myself, and face a lot of hard things, that I normally would have just glossed right over, like I was taught to,” she continued. But looking forward, she wants to set a positive example for both of her daughters — Maddie, 13, and Ivey, 3 — by speaking her truth no matter what other people might think.

“I know I still have ALOT of learning to do, but I feel like finishing this book gave me closure on this ‘30 year long’ chapter of my life, and hopefully helps anyone else out there who forgot their worth, lost their voice, or is trying to break an unhealthy cycle,” she added before revealing that a portion of the proceeds from the book will go to @thisismybrave, a nonprofit that shares true stories about living with mental illness. “I want you all to know, YOU matter, YOUR story matters, YOU are enough,” she wrote. “And don’t ever let this world try to convince you otherwise.”

More like this
Ed Sheeran’s Surprise Gig Included An Iconic Britney Spears Tribute
By Bustle Editors and Darshita Goyal
Gisele Bündchen Appears To Address Those Tom Brady Divorce Rumors
By Radhika Menon
A New Portrait Shows King Charles With William & Kate Before The Queen’s Funeral
By Stephanie Topacio Long
Who Is Nick Cannon Dating & How Many Kids Does He Have?
By Jordyn Tilchen and Radhika Menon
Get Even More From Bustle — Sign Up For The Newsletter