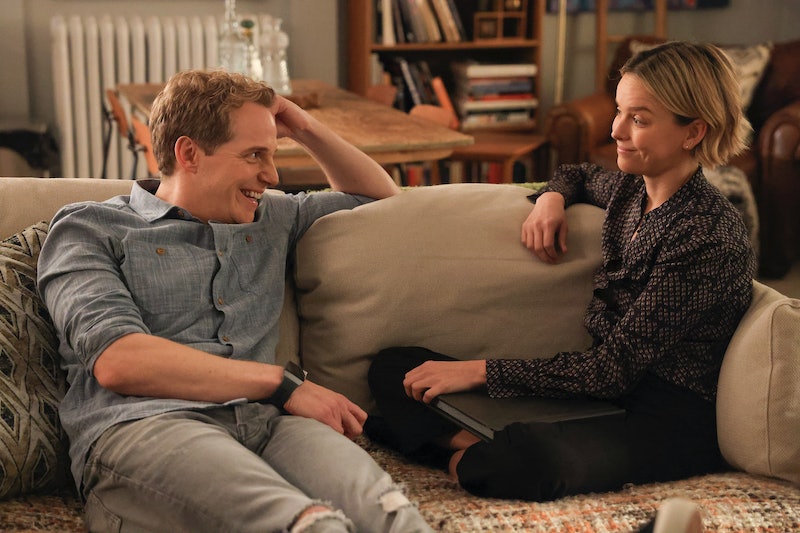 Spoilers for A Million Little Things Season 3, Episode 6. A Million Little Things fans had hoped that Maggie’s pregnancy would bring her and Gary back together, but it actually just strengthened her bond with Jamie. In the March 18 episode, he flew to Boston on the last flight out from the UK before the pandemic forced the borders to close so that he could be there to support Maggie through her abortion. Originally, Gary was going to help Maggie with that, and he even said no to a camping trip with his girlfriend Darcy in order to be there. But when Gary showed up at his apartment, Jamie was already there giving Maggie a hug.

For anyone who is Team Darcy, Jamie’s arrival is the best news. He’s now going to be trapped in Boston for the foreseeable future due to the pandemic, and he and Maggie will probably keep their flirtation going. She’ll be too distracted by Jamie to think about her feelings for Gary, and Gary was so hurt seeing her and Jamie together that he went running right back to Darcy. Press photos from the next couple of episodes indicate that their relationship is as strong as ever. Gary even meets Darcy’s son Liam in the March 25 episode.

And in the April 1 episode, the two are pictured laughing in bed together and kissing.

Clearly there’s no end in sight for their relationship any time soon, and actor Allison Miller (who plays Maggie) told TV Line that even Maggie wants that for Gary. “I think her main prerogative with Gary and Darcy is to not mess things up for them,” she said. “She already feels like a burden on their relationship and, regardless of any feelings that she may have for Gary romantically, she views him as a person she cares a lot about and so, she wants him to be happy.”

Gary would possibly argue that he’d be happier with Maggie, but right now she’s not leaving that option on the table. Jamie’s gesture proves that he’s more than just a good time for Maggie; he truly cares about and wants to be there for her. The press releases for the next two episodes both list Jamie as being part of the cast, so his storyline with Maggie is not ending anytime soon. However, Miller told Hollywood Life that things won’t necessarily be smooth sailing for the pair from here on out. “I think this is going to be a real test of what their relationship is,” Miller said. “I’ve seen this with people. Some relationships get a lot more serious a lot more quickly and some breakup because they don’t have a strong enough bond to maintain. That is something that is going to be very real for Maggie and Jamie in the next few episodes.”

Series creator DJ Nash told TV Guide that ultimately, fans will be happy with Maggie and Gary’s Season 3 arc. “Anyone who's Team Maggie and Gary is going to be thrilled with the season because we see them love each other and support each other as much, if not more than, they have in the past. Maybe not as a couple right away.” He also indicated in an interview with Deadline that Gary and Darcy’s romance is just a “chapter” of Gary’s life. “People who are team Darcy are going to be really happy with Gary in this chapter of his life with her right now,” Nash said.

Currently, Maggie and Gary are just showing their obvious love for one another through friendship. But it sounds like eventually, they’ll circle back around.