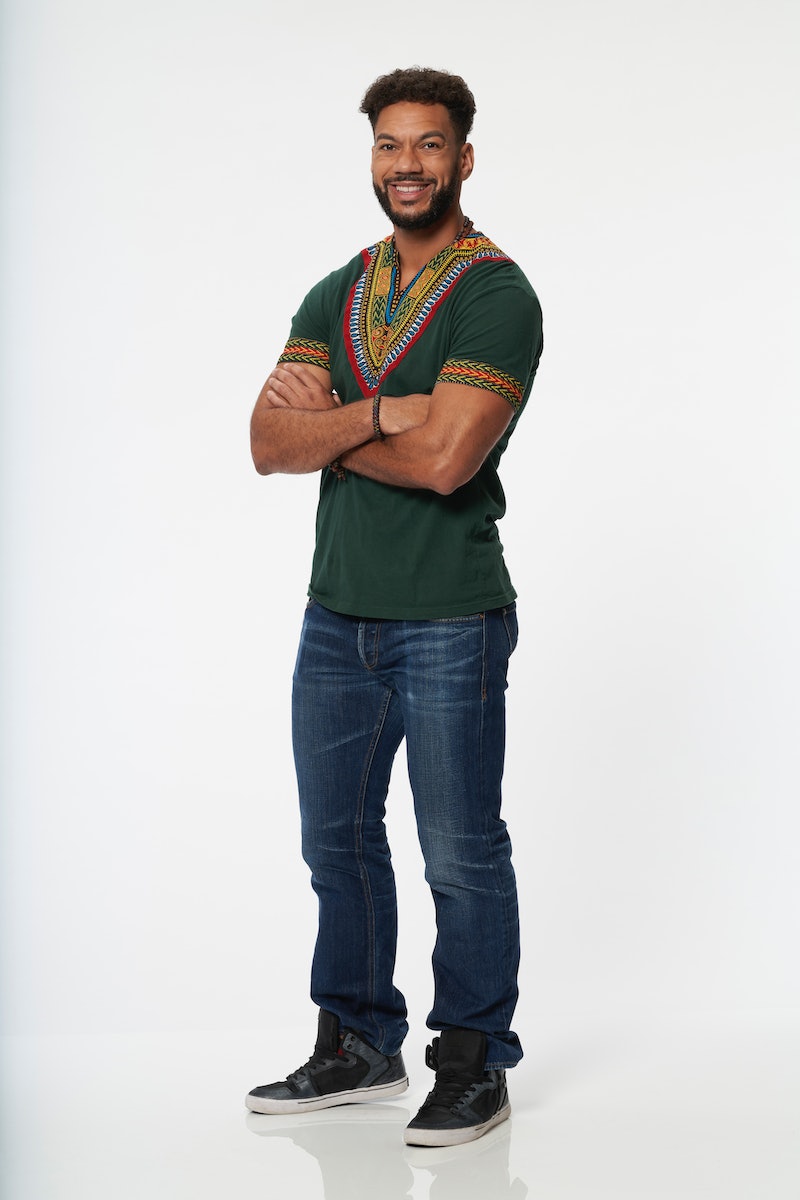 Prior to joining Michelle Young’s season of The Bachelorette, Jamie Skaar had never watched an episode of reality TV. That’s partly because the 32-year-old San Diego resident is usually busy traveling the world, sometimes on a total whim. According to his ABC bio, Jamie once let an airport ticketing agent decide his destination, leading him to spend “an amazing week” in Uruguay. On another occasion, he flew to Ecuador “just to try their chocolate.”

It appears that sense of spontaneity and adventure will make an impression on Michelle. In one promo video, Jamie and Michelle kiss on a picturesque mountaintop during a rock-climbing one-on-one. “This is the best first date I’ve ever had,” the biotech CEO says in a voiceover. But there could be drama ahead too: In another clip, Jamie tells Michelle that the men are questioning if she knew one of the other contestants before coming on the show.

Here’s everything else to know about Jamie ahead of his Bachelorette debut.

Jamie Is An Entrepreneur

“We assume that there is supposed to be someone looking out for us, but there isn't,” Jamie captioned a March 7 Instagram video about SanctuAire. “When you walk into your home, there are 60-70 chemicals that you and your family are inhaling that are not good for your health. At the end of the day, SanctuAire can help with your home health, but we need to have an understanding first that there is an issue and we want to bring awareness to everyone.”

Jamie also serves on the board of advisors for Urban Business Support, which provides access to capital and business services to minority business owners in areas at risk of gentrification. “As a board member my role is to advise on growth strategies, and create strategic partnerships that support the needs of program graduates,” he wrote on LinkedIn.

The first picture Jamie shared on Instagram in 2014 shows him bungee jumping, appropriately kicking off the zest-for-life theme of his posts, most of which contain some sort of motivational or inspirational message. “Deeply blessed for this life I’ve cultivated,” Jamie captioned a series of photos from his vacation to Ecuador last December. “Grateful for the people and experiences that have given it meaning. All I’ll ask from Universe is to keep sending me the calling and the energy, and I’ll do my part to bring it to life.”

In addition to sharing pictures from his travels to the U.S. Virgin Islands, Colombia, Puerto Rico, France, and Amsterdam, Jamie also uses his Instagram to speak out about social issues like racism, inequality, and equal pay for women. In a November 2020 post celebrating Vice President Kamala Harris, he explained that he was “raised predominately by women” and “didn’t have many strong male remodels growing up.” He credited his mom, aunt, grandma, sisters, cousins, and others with teaching him the qualities of leadership, caring, and communication.

In the wake of George Floyd’s death, Jamie also described the first time he realized his “brown skin might be the reason” he died. When he was 22, he was in the bathroom at a bar in Bellingham, Washington, and an older white man pulled out a gun on him after he declined to immediately move out of his way. “This story isn’t exceptional, many of my Black and brown friends have had life threatening experiences like this,” Jamie wrote. “One of the daily realities of being a colored person in America. For those of you that remain silent in this time, your silence and inaction is a vote for these things to continue.”

What Jamie Is Looking For

According to his ABC bio, Jamie has “a healthy idea of exactly what he needs in a wife.” Among the qualities he’s searching for in a partner are independence, drive, and an interest in dinners at the newest local hot spots. Ultimately, Jamie believes life is about valuing cultural experiences and making memories, and he’s hoping Michelle is the woman who can join him on those adventures.