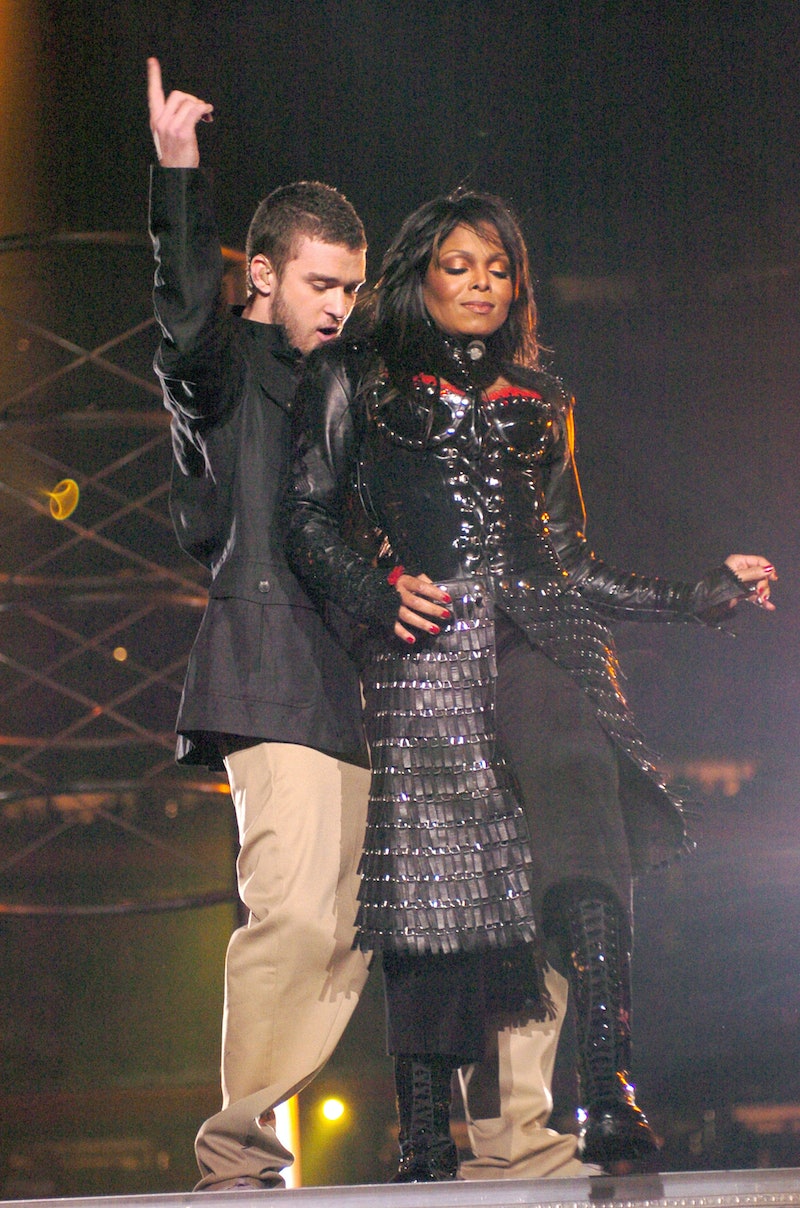 The Framing Britney Spears documentary reignited some interesting conversations last month, but the drama isn't over yet. Justin Timberlake has been facing backlash surrounding his past relationship with the pop star but also for how things went down after Janet Jackson's wardrobe malfunction during their joint 2004 Super Bowl performance. Timberlake took to Instagram on Feb. 12 with a lengthy apology, but the conversation shows no signs of stopping. On Thursday, March 4, Lifetime and A&E announced that Jackson will be discussing the scandal again in her upcoming documentary, Janet.

According to the announcement, the two-night, four-hour documentary will offer "full, unprecedented access to the music icon" and an "intimate, honest, and unfiltered look" at some of the biggest and most personal moments of Jackson's life and career. In addition to the halftime drama, the feature will cover the death of her brother Michael Jackson as well as what it was like becoming a mother at age 50. It is expected to premiere in early 2022.

This won't be the first time Jackson has opened up about the wardrobe malfunction and the misogyny that followed. "All the emphasis was put on me. Not on Justin," she said in a 2006 interview with Oprah Winfrey. Later, she added: "Friendship is very important to me, and certain things you just don't do to friends. In my own time, I'll give him a call."

Timberlake addressed the controversy in a 2006 interview with MTV, saying that he "probably got 10% of the blame" for their performance. A public apology, however, wouldn't come for another 15 years. "I specifically want to apologize to Britney Spears and Janet Jackson both individually, because I care for and respect these women and I know I failed," he wrote on Instagram last month. "The industry is flawed. It sets men, especially white men, up for success. It's designed this way. As a man in a privileged position I have to be vocal about this."

The singer continued his apology by acknowledging that he has a lot of work to do. "I have not been perfect navigating all of this throughout my career," he added. "I know this apology is a first step and doesn't absolve the past. I want to take accountability for my own missteps in all of this as well as be part of a world that uplifts and supports." So far, Jackson has not responded to Timberlake's apology, which means fans will likely have to wait for the release of Janet to hear her side of the story.