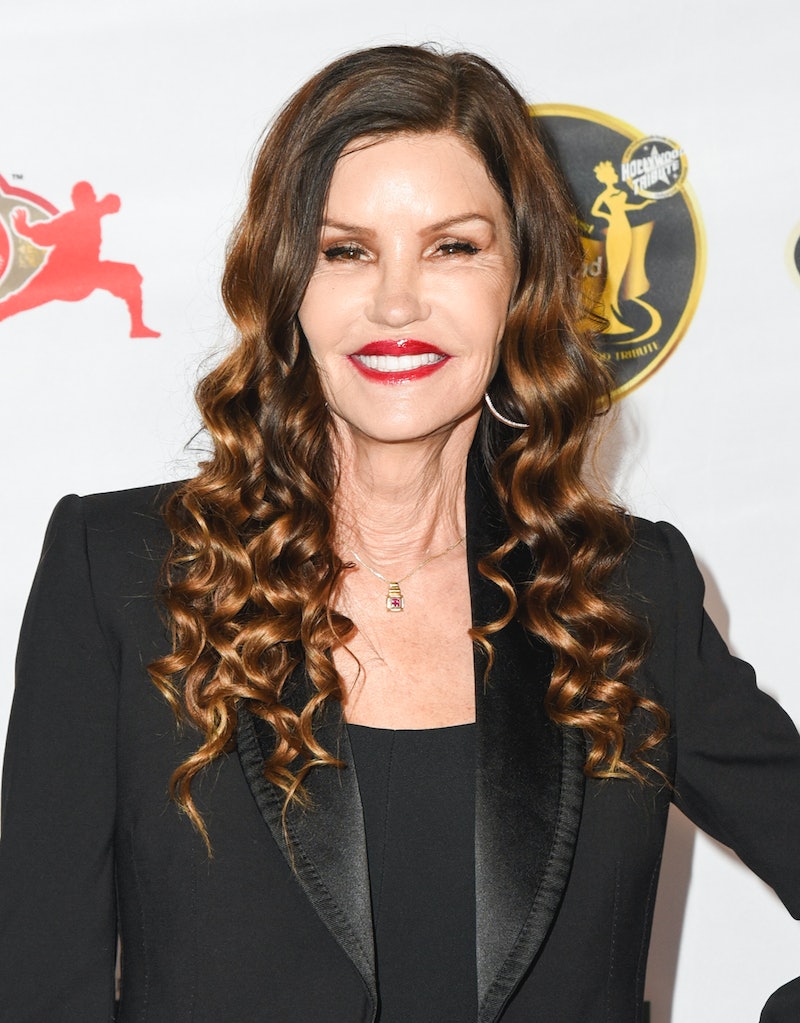 Life seems to be imitating art. Janice Dickinson criticized Gigi Hadid and Kendall Jenner during a recent interview on David Yontef’s podcast Behind the Velvet Rope, and the veteran supermodel’s condemnation sounded like it came straight from the script of the 2001 comedy Zoolander. She slammed the younger models for having “one look,” echoing what movie villain Mugatu (Will Ferrell) said about male model Derek Zoolander (Ben Stiller).

Yontef had asked Dickinson if she thinks Hadid and Jenner “are good,” and the former America’s Next Top Model judge’s answer was simply, “No.” Explaining her problem with the two stars’ work, she said, “They have one look. They don’t really diversify their movements. They just stand there are get paid millions of dollars.”

Dickinson also commented on their runway skills — or lack thereof, in her eyes. “They’re not fierce walkers,” she said. Recalling her modeling heyday in the ’70s and ’80s, she praised the talent of Pat Cleveland and Iman, “who you never wanted to follow on the runway.” She explained that they had a way of working the fabric and getting it to move just so as they traveled down the catwalk. “These models today don’t know how to do that,” Dickinson added.

Other supermodels past have also taken issue with today’s crop, debating whether or not they even deserve the title. “They are not true supermodels,” Rebecca Romijn told Entertainment Tonight in April 2016 of social media stars taking over the industry. “I have been disappointed that fashion magazines have been supporting this trend of social media stars to set our style standards.”

The criticism has even led both Hadid and Jenner to defend themselves in the past. Acknowledging that she has room to improve on the catwalk, Hadid told Harper’s Bazaar in May 2017, that she has “really been working on trying to get better and to learn from every show.” She noted, though, that it will likely always be “nerve-racking” for her because there are often challenges to manage, like overly tight shoes or a heavy outfit.

As for the Keeping Up With the Kardashians star, she has taken exception to people assuming she doesn’t have to work hard. In a January 2018 Harper’s Bazaar interview, Jenner clapped back at her detractors, telling her celeb interviewer, Cara Delevingne, that she has put in the time and effort. “I still had to go to all the castings, I still had to go meet all the photographers, I still had to do all of that to get to where I am now,” she said.

It seems unlikely that either star will take up Dickinson on her suggestion that they send a thank you card “for all the money they’re making,” but they might at least agree with another one of her statements: “There’s always criticism in this industry, and you better work.”

More like this
Kylie Jenner Goes Into Labor & Welcomes Her Baby On 'The Kardashians'
By Jake Viswanath
‘RHOSLC’ Star Jen Shah’s Arrest & Legal Drama, Explained
By Brad Witter and Jake Viswanath
Tristan Thompson Proposed To Khloé Kardashian & She Said No
By Jake Viswanath
'Survivor' Host Jeff Probst's Salary Per Season After 22 Years Is The Real Winner
By Hugh McIntyre
Get Even More From Bustle — Sign Up For The Newsletter