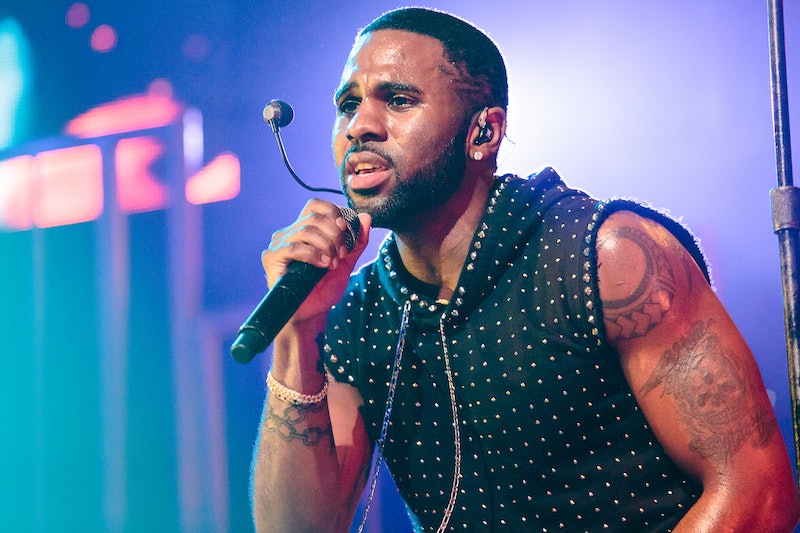 Brace yourselves Jason Derulo fans, as the 32-year-old singer is set to appear as a mentor on his own new BBC Three music show, Project Icon. The six-part music competition is created by Derulo and his manager in collaboration with MultiStory Media and ITV America and it promises to put a fresh new spin on the singing competition format. So what more can we expect from Project Icon? Here’s everything we know so far.

In the show, eight aspiring recording artists will compete against one another to see if they can achieve their dream to transform into a music star within just a few weeks.

The three music mentors on the show will guide the contestants as they embark on various high-stake challenges throughout the competition.

As the BBC explains, the show “is inspired by Derulo’s own career story, which took off when he realised that the music industry had changed and he reinvented himself to be more than just a great singer.”

It continues, “He rebuilt his profile on social media and on films, gained a new legion of fans and his popularity soared. Now, he wants to share his formula with eight rough diamonds and give one the chance to follow in his footsteps.”

One contestant will be eliminated each week in Project Icon, until the last three standing are selected for the final episode, announcing the one winner of Project Icon season 1.

The winner of the show will walk away with a U.S. music deal under Jason’s label Future History. On top of that, they will also get the chance to collab with Jason Derulo and perform live at BBC Radio 1’s Big Weekend in 2023. It’s a big deal for these music-aspiring contestants.

Speaking about the show, Derulo said: “Project Icon is the first TV show that will challenge contestants on all realistic skills an artist today should have for a real shot at being an Icon.”

An official release date has not yet been announced for Project Icon, but the BBC says we can expect it to air on BBC Three and iPlayer in early 2023.

We will be sure to update this piece with any further details when the official release date is confirmed.

Along with Derulo, The Voice’s Becky Hill and Derulo’s long-term manager, Frank Harris, will act as mentors in the competition. BBC Radio 1 presenter Jordan North is also set to appear to host Project Icon.

A trailer is yet to be released for Project Icon, but keep checking this page for updates.