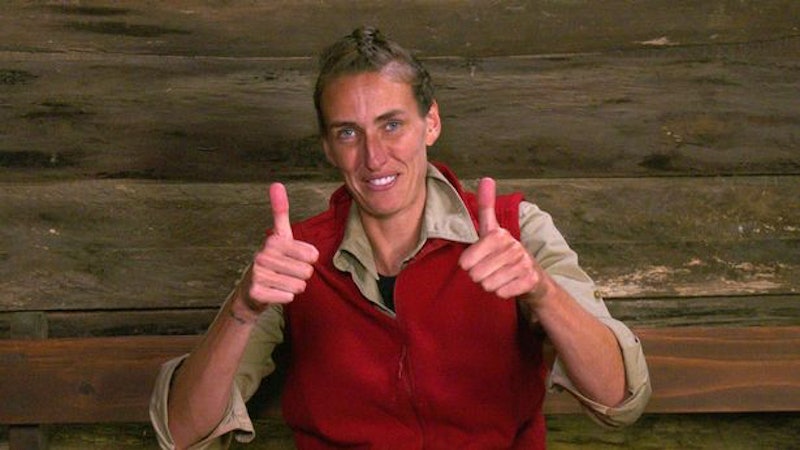 The England Lionesses bringing football home in the summer may seem like a lifetime ago, but a few months after winning the Euros 2022 championship, former midfielder Jill Scott has returned to the public eye in a pretty different role. The 35-year-old footballer is part of this year’s I’m A Celebrity…Get Me Out Of Here! line-up, and many fans have already dubbed her a favourite to be crowned Queen of the Jungle.

In August Scott retired from professional football, after being on field for 16 years. The athlete has even earned an honorary MBE for her services to football. Of course, with such a successful career, it leaves us wondering, what exactly is Scott’s net worth?

Undoubtedly, Scott’s main earnings come from her long and proud football career. She started playing for her home club Sunderland and then moved to Everton in 2006 at 19. Here, she won the FA Women's Premier League Cup in 2008 and the Women's FA Cup in 2010.

But this was only the start of Scott’s winning streak. After making the move to Manchester City, the footballer won the FA Cup and Continental Cup thrice and bagged victory at the Women’s Super League in 2016. She also did wonders representing England internationally at two Olympic Games and is the only female footballer to win over 150 caps for the country.

The recent win at Euros 2022 is seen as Scott’s biggest victory after which she decided to step back from the field. This win earned her £55,000 as a bonus, while she was paid £2,000 for every game she played in the series.

Over the last decade, Scott has been a part of numerous brand campaigns. From promoting Walkers Crisps on her social media to being the brand ambassador for Starling Bank, these partnerships will no doubt add to Scott’s wealth.

We also have to consider the salary Scott will make from her current reality TV stint. ITV reportedly paid Scott £130,000 for taking part in I’m A Celeb. “I just want to go in there and have fun,” Scott told the Daily Mail about her decision to enjoy jungle life. “It's definitely a once in a lifetime opportunity. But yeah, a small part of me does feel like I'm representing the women's football world and hopefully I can do them proud.”

Since April 2021, Scott runs a coffee shop in Manchester with her partner and fiancé Shelly Unitt. Especially after the footballer’s win at Wembley earlier this year, the coffee shop has been hugely successful. “Since the Euros have been on, obviously it’s very busy anyway if I’m being totally honest, but then when Jill is in the shop, it just goes completely manic, wild. Everyone wants to come down and chat and Jill’s got a lot of time for everybody,” Unitt said to Manchester Evening News.

In collaboration with Nike, the Jill Scott Football Academy has schools up and down the UK to train girls aged between 6 - 18 years old. This is seemingly a passion for both Scott and the Lionesses who penned an open letter to the UK Government in August asking the government to ensure that all girls have access to a minimum of two hours a week of physical education. “Currently only 63% of girls can play football in PE lessons. The reality is we are inspiring young girls to play football, only for many to end up going to school and not being able to play,” the letter reads.

What Is Jill Scott’s Net Worth?

Scott’s estimated net worth is listed as ranging between £1.3 million and £3.4 million. However, this net worth remains largely unconfirmed, and with Scott’s star on the rise thanks to her nightly appearances on TV, the figure is only set to rise in the coming months.

More like this
Spencer Matthews’ Impressive Net Worth Expands Far Beyond Chelsea
By Sam Ramsden
Turns Out George Clooney Is A Huge Fan Of This Classic British Game Show
By El Hunt
Twitter Is Burning As Phoebe Dynevor Reveals Daphne’s 'Bridgerton' Exit
By Sophie McEvoy
David Beckham’s Controversial Qatar Deal Skyrocketed His Net Worth
By Catharina Cheung
Get The Very Best Of Bustle/UK
Sign up for Bustle UK's twice-weekly newsletter, featuring the latest must-watch TV, moving personal stories, and expert advice on the hottest viral buys.