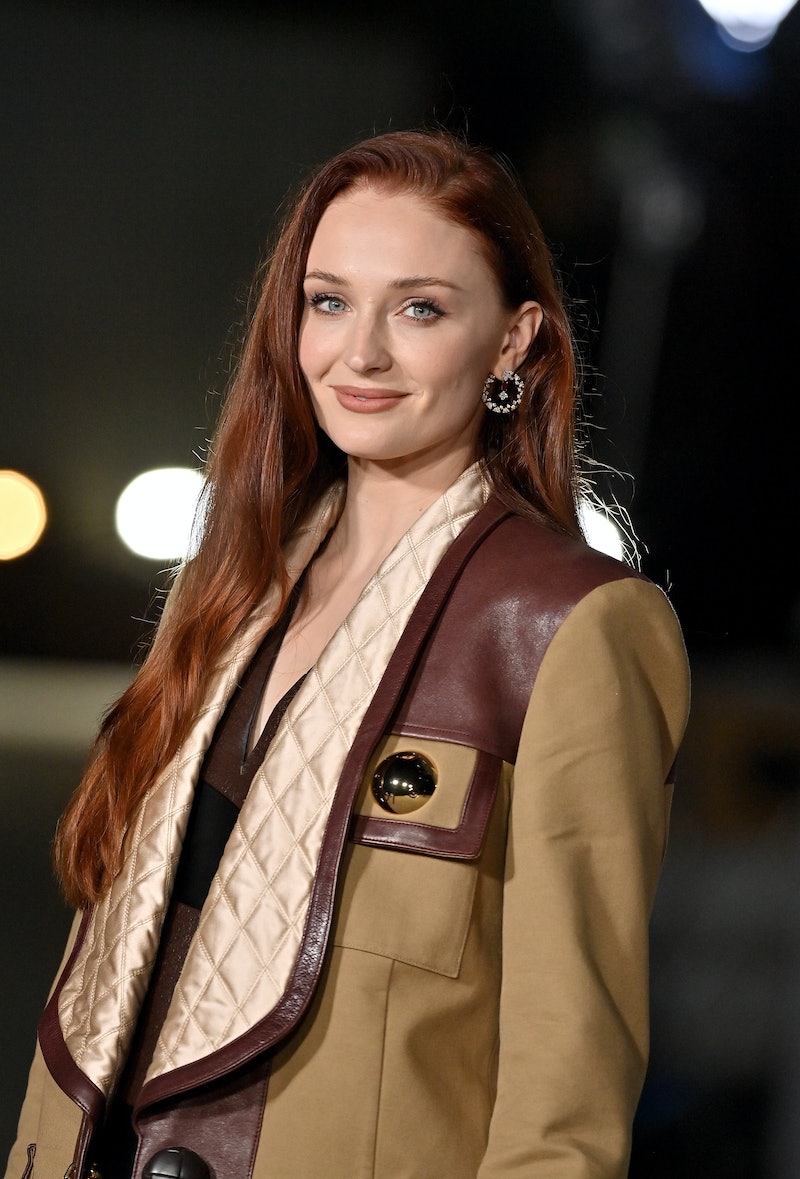 After her short but sweet cameo in Netflix’s Do Revenge (which gave us that iconic meme-worthy scene), Sophie Turner will be back on our screens soon in ITV’s upcoming drama series, Joan. Taking on the role notorious British jewel thief Joan Hannington, the drama follows her story as she claims the nickname of “The Godmother” through her exploits in the criminal underworld. While the series has only just been announced, Turner fans await her return to the screen with bated breath. And so, here’s everything we know so far about Joan.

Inspired by Joan Hannington’s 2004 memoir, I Am What I Am: The True Story of Britain’s Most Notorious Jewel Thief, the six-part series set in the ‘80s, traces her transformation from a fiery mother to a formidable mastermind. After Hannington’s husband abandons their troubled marriage, she aspires to create a better life for her daughter Debbie and herself, come what may.

This leads Hannington to make difficult decisions that eventually christen her as an elite criminal. While more details of the show’s narrative are yet to be revealed, in the memoir, Hannington discusses her marriage to Boisie Hannington, their diamond heists worth thousands of pounds, and eventually her exploits being discovered.

Whilst other casting is yet to be announced, Turner shared her happiness about the role and said, “I’m so excited to be bringing Joan Hannington’s fascinating life story to screen in Joan… A woman who goes between her thriving and daring career as a jewel thief, all whilst trying to get her daughter back from social services, we see a mother in despair swept up in the exhilarating world of crime.” The series is directed by Richard Laxton and adapted for the screen by writer Anna Symon, who worked with Hannington herself to create the script, per ITV.

As per Deadline, the hotly-anticipated series will begin filming in London in Spring 2023. While its premiere is undecided, upon its release, the crime thriller will stream exclusively on ITVX in the UK.

More like this
Twitter Is Burning As Phoebe Dynevor Reveals Daphne’s 'Bridgerton' Exit
By Sophie McEvoy
Everything To Know About The 'Daisy Jones & The Six' TV Series
By Maxine Harrison and Brad Witter
This First Look At 'The Gold' Shows Jack Lowden In A Whole New Light
By El Hunt and Sam Ramsden
A New Netflix Doc Will Explore The Unsolved Murder Of Jill Dando
By Sam Ramsden
Get The Very Best Of Bustle/UK
Sign up for Bustle UK's twice-weekly newsletter, featuring the latest must-watch TV, moving personal stories, and expert advice on the hottest viral buys.