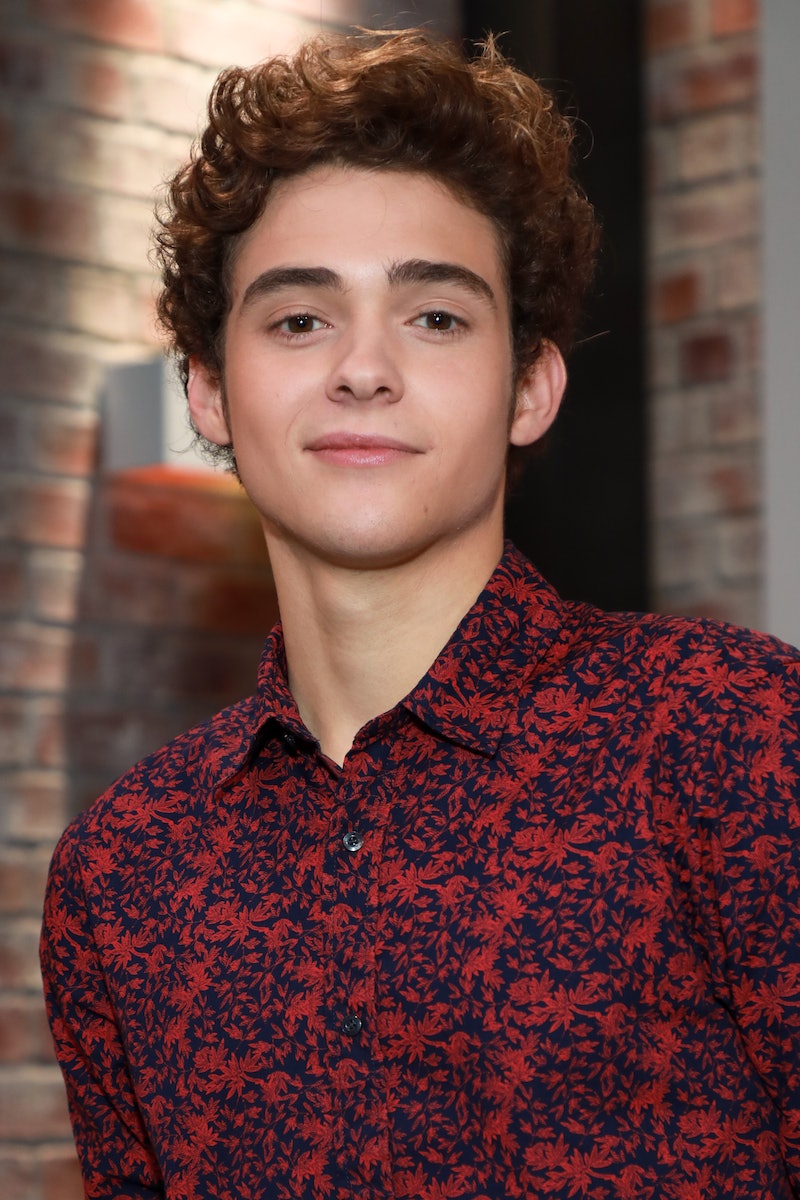 The Feb. 20 episode of Saturday Night Live was jam-packed with Bridgerton's dreamy Regé-Jean Page as its host and musical performances from Bad Bunny and special guest Rosalía. But one particular sketch stole the entire show, and it centered around Olivia Rodrigo's inescapable debut single "Drivers License." The characters in it even reference the alleged love triangle between Rodrigo, her High School Musical: The Musical: The Series costar Joshua Bassett, and Disney star Sabrina Carpenter that inspired the song. Rodrigo posted that she was "shaking" in excitement at the SNL nod, and on Feb. 22, Bassett made a TikTok video and jokingly revealed his mixed feelings.

Taking place in a sports bar, the "Drivers License" sketch featured Page singing along to the #1 hit around a group of initially dismissive tough men, all of whom get increasingly emotional as the song plays. "It's like she ripped a page out of my diary," said Beck Bennett's character. In Bassett's TikTok video, he pretends to react to a friend telling him about the sketch and proceeds to watch it. After watching Mikey Day's character compare Bassett to his own "b*tch ex Gina," the HSMTMTS actor pauses and stares into space as Kacey Musgraves' "Happy & Sad" plays in the background. "Dream come true?" Bassett captioned the lighthearted post.

Upon the release of "Drivers License," fans immediately began to speculate that the song is about a fling between Rodrigo and Bassett that ended in him leaving her for Carpenter. In the weeks that followed its release, Bassett and Carpenter released songs that fans believe reference the situation, titled "Lie Lie Lie" and "Skin," respectively. Rodrigo has yet to officially confirm or deny the rumors.

Rodrigo reacted to the sketch shortly after it aired, which coincidentally happened on her 18th birthday. "DRIVERS LICENSE SNL SKETCH IS THE BEST BIRTHDAY PRESENT EVER," tweeted the singer. "IM SHAKING." She then took to Instagram to post a clip of the sketch on her story, writing, "I'm losing my mind at SNL's sketch about 'Drivers License.'"

Note to SNL: when Rodrigo releases her second single, book her as a musical guest ASAP.

More like this
Gigi Hadid’s Dad Shared What He Knows About Those Leonardo DiCaprio Rumors
By Brad Witter
Who Is Nick Cannon Dating & How Many Kids Does He Have?
By Jordyn Tilchen and Radhika Menon
Sydney Sweeney Is Engaged To Her Low-Key Businessman Beau
By Jack Irvin and Jake Viswanath
'School Of Rock' Changed Joe Keery's Life Forever
By Alyssa Lapid
Get Even More From Bustle — Sign Up For The Newsletter