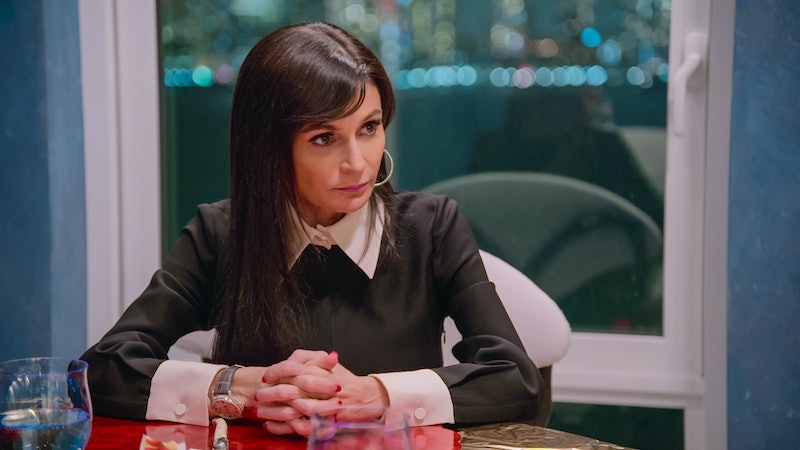 When the second season of Netflix’s My Unorthodox Life kicked off, Julia Haart insisted that her impending divorce from husband and business partner Silvio Scaglia wouldn’t impact their Elite World Group business “at all.” Shortly afterward, however, Silvio fired her as CEO, and after a court battle, a judge ruled in August 2022 that Julia had no legal right to half of the company, as she had claimed.

While the reality star appeals the decision, she’s still crediting herself as “co-owner” of Elite World Group. As she revealed during My Unorthodox Life Season 2, she was also working on a new startup: a metaverse-based business called Haart Sphere. Though NBC News first reported on the new venture in January, Haart Sphere still doesn’t seem to exist, though The Times of Israel recently reported that the initiative is in the research and development phase. Bustle reached out to a rep for Julia but did not receive a response.

“The metaverse is here to stay,” Julia told NBC, describing how the company turns celebrities into avatars, essentially allowing her clients to be “everywhere at once,” while also providing more chances for fan interaction. “Our avatars are what we call hyper realistic avatars. These are not cartoon characters, they are computer-generated images of the person,” she explained. “Your avatar doesn’t get old, it doesn’t get sick, it doesn’t need to travel, it doesn’t have to worry about COVID.”

The technology would allow model clients to walk “14 runways in 14 different countries” while napping. Meanwhile, that same model could also take fans shopping on their favorite website and give them fashion advice. “When I took over Elite World Group, the only reason I took over is because I started avatars, the metaverse, all of this digitalizing the company, transforming ourselves into a media conglomerate — the day I took over,” she said in January, prior to her ouster. “I saw this coming, and I planned for it.”

On the Netflix series, her daughter Miriam Haart, who graduated with a computer science degree from Stanford University in 2022 and serves as Chief Technology Officer, noted, “The technology that we want to exist in Haart Sphere doesn’t exist anywhere.” Neither she nor former Elite World Group CFO Robert Zaffiris, who participated in an on-camera Haart Sphere meeting, currently have anything about the company listed on their respective LinkedIn profiles.

Miriam certainly has the credentials, though. According to the 22-year-old engineer’s personal website, at 19, she was the “youngest teacher at Stanford University, teaching a class on virtual reality, in the Computer Science Department.” She’s also built over 10 iOS apps, some of which she’s won awards for, and boasts several skills within the fields of virtual and augmented reality, as well as quantum computing. She is the co-founder of Eazitt, a consumer-goods app in South Africa.

More like this
Bachelor Zach’s “Dream Job” Has Nothing To Do With His Work In The Tech Industry
By Brad Witter
Andy Cohen Apologized To Larsa Pippen After A 'RHOM' Season 5 Reunion Dust-Up
By Brad Witter
'The Crown' Season 6 Has Suspended Filming "Out Of Respect" For The Queen's Death
By Bustle Staff
The Mysterious Gunther Corporation From 'Gunther’s Millions' Has Dissolved
By Brad Witter
Get Even More From Bustle — Sign Up For The Newsletter
From hair trends to relationship advice, our daily newsletter has everything you need to sound like a person who’s on TikTok, even if you aren’t.