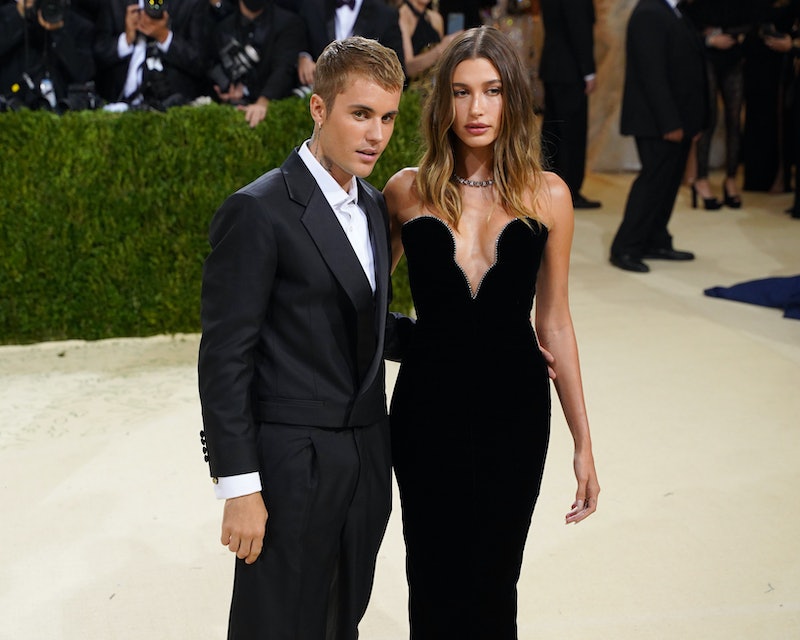 Three years after Justin and Hailey Bieber exchanged their vows, the couple appears to be getting serious about possibly expanding their family. In a preview for the pop star’s upcoming Amazon Prime documentary, Justin Bieber: Our World, the “Peaches” crooner reportedly says that he’s looking to “continue to set goals and have fun doing them” in 2021. But that isn’t the only wish that Bieber has for the forthcoming year.

In the teaser, which was viewed exclusively by The Sun, Bieber reportedly says that he wants to “put family first ... and hopefully we will squish out a nugget.” He then turns to his wife and proposes a timeline. “At the end of 2021 how about we start trying?” he asks. At this point, it’s unclear how these plans may impact the pop icon’s music career. However, the 27-year-old doesn’t seem too concerned about juggling it all.

“My home life is so taken care of, I just feel like I can do anything when it comes to my job,” Bieber reportedly says, making it clear that he has the flexibility to do what he wants. In addition to flexibility, though, the singer also feels more stable than ever before. “In my home growing up, a lot of things were unpredictable and that made things unreliable,” he says, per The Sun. “Now I have a partner to spend the rest of my life with.”

Bieber reportedly goes on to say that his marriage to the model has been good for his “mental health, heart, and spirit.” “We could be traveling all across the world and if I’m with her I feel like I am home,” he adds. This, of course, is a far cry from what he said in his YouTube documentary last year. “I think that there was times where I was really, really suicidal,” he confessed in the doc titled Justin Bieber: Next Chapter. “The pain was so consistent.”

Justin Bieber: Our World will begin streaming on Friday, Oct. 8, and in addition to taking viewers inside his marriage, it will give fans behind-the-scenes access to his show, “T-Mobile Presents New Year’s Eve Live with Justin Bieber.” The concert, which took place during the pandemic, marked the singer’s first performance after a three-year hiatus. “I just wanted to create a night that was going to bring people together and people could just let go and enjoy themselves,” he says in the trailer. “I’m excited to get back on that stage and make people smile.”