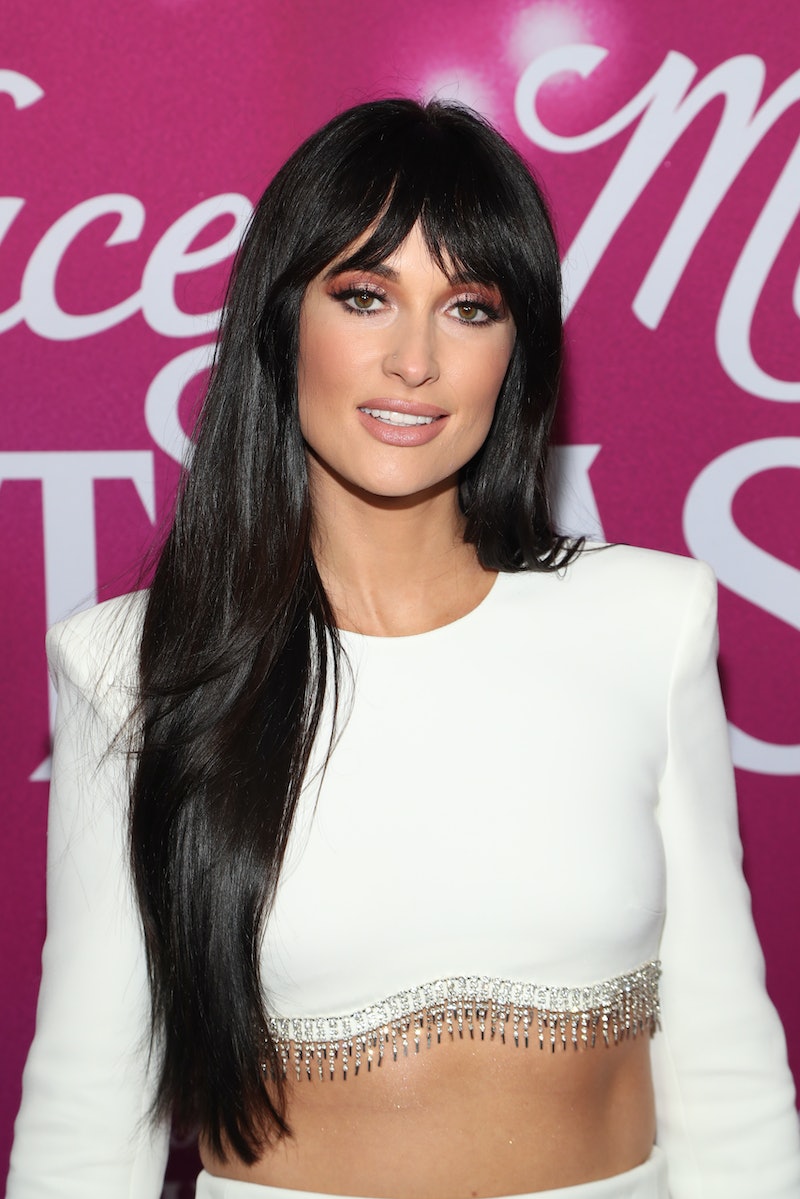 Kacey Musgraves may be cool with a "Slow Burn," but she's wasted no time in creating merch that both side-eyes Sen. Ted Cruz and raises money for Texans in need. Cruz received widespread backlash this week after taking a family trip to Cancún, Mexico, while millions of Texans suffer through a catastrophic winter storm. As his constituents endured power outages and heat failure, Cruz was issuing a statement claiming to only have briefly traveled to drop off his two young daughters for a vacay. Meanwhile, Texas native Musgraves made a T-shirt that trolls Cruz and benefits Texas residents in a matter of hours.

On Feb. 18, Musgraves teased her new project, tweeting, "*makes 'CRUZIN FOR A BRUZIN' tees * donates profits to Texans in need." Shortly after, the Grammy winner poked fun at Cruz, replying, "Link coming soon. Don't RUN OFF anywhere..." Within hours, Musgraves had shared a link to her official website with the Cruz shirts alongside the phrase, "Texas is cold, I can be cold" — a reference to lyrics from "Slow Burn."

This expert example of charitable shaming is only available through Sunday and retails for $29.99. All proceeds will benefit Texans in need, as well as the following organizations: Feed The People Dallas, Casa Marianella, and the American Red Cross of Central & South Texas. Shirts ship in March, and according to Musgraves, she's already raised $50,000 for Texas as of Thursday.

Since debuting the tee, the singer has continued to voice her feelings about Cruz and his ill-conceived escape across the border. "Life gave us lemons and I'm honestly just here innocently serving lemonade," she tweeted of her motivation for the merch. Musgraves, 32, also took to her Instagram Story on Thursday, writing, "Don't mess with Texas or me when I'm on my period. Period."

Cruz, 50, has not officially commented on the shirt (or those memes comparing him to Billy Zane from Titanic), during his damage control tour. But it appears that Musgraves is keen on keeping the peace with her latest endeavor, warning "**no actual bruisings plz**" in the official product description.

More like this
Mel C Wants You To Know That Margaret Thatcher Wasn’t A Spice Girl
By Darshita Goyal
Two UK Cities Are Now In The Running To Host Eurovision 2023
By Sam Ramsden and Rachel Mantock
Everything To Know About Taylor Swift’s 10th Studio Album, 'Midnights'
By Grace Wehniainen and Jake Viswanath
Dan Levy Appears In The Latest Teaser For The Weeknd's HBO Series, 'The Idol'
By Jake Viswanath
Get Even More From Bustle — Sign Up For The Newsletter