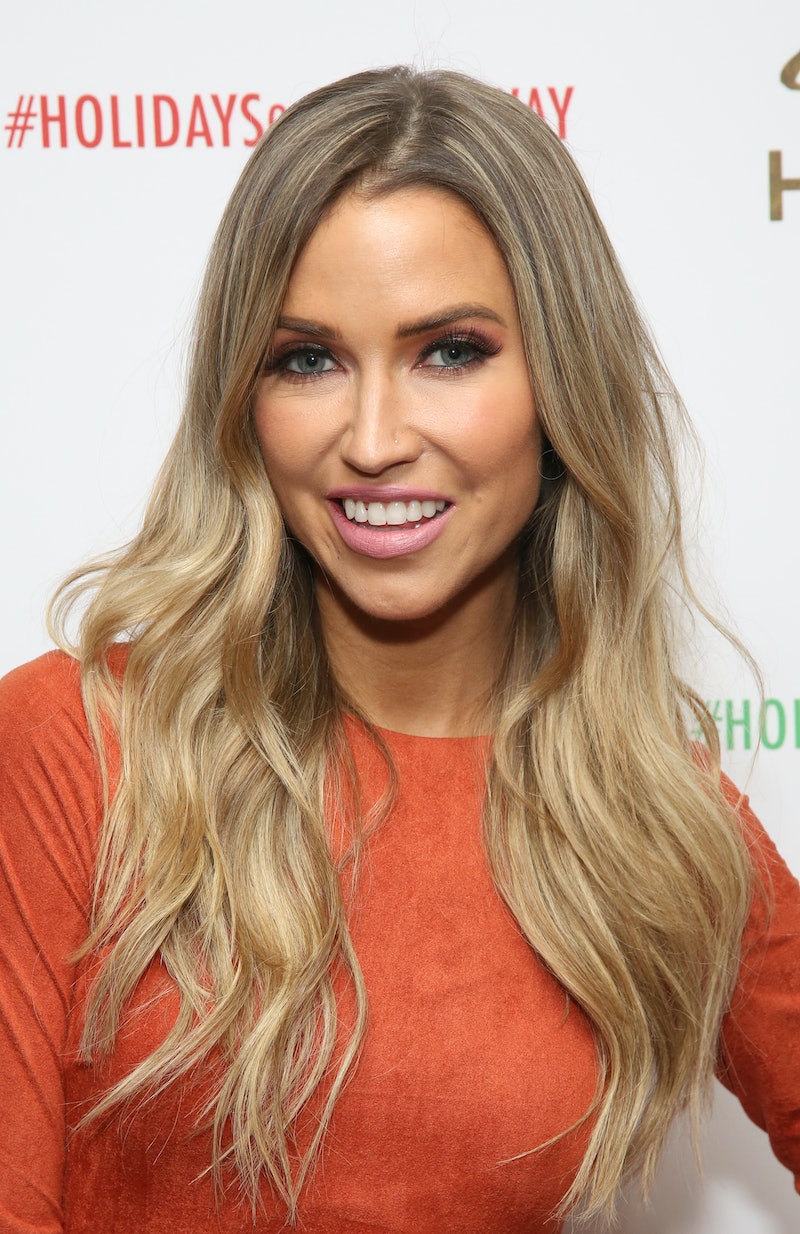 Ushering in a new Bachelor Nation era doesn’t leave time for haters. On Saturday, March 13, Kaitlyn Bristowe defended The Bachelorette Season 17’s hosting change, which has both her and Tayshia Adams stepping into Chris Harrison’s usual role. The Season 11 lead spoke out on Instagram, telling followers in the comments that the duo “are there to support the new bachelorette” and “aren’t ‘replacing’ anyone!!!”

On Friday, ABC announced Harrison would not host the upcoming season of The Bachelorette, writing in a statement that “former Bachelorettes Tayshia Adams and Kaitlyn Bristowe will support the new Bachelorette through next season.” ABC added that the decision was part of “the dialogue around achieving greater equity and inclusion within The Bachelor franchise.” It followed Harrison’s defense of contestant Rachael Kirkconnell’s past racist behavior in a February interview and subsequent decision to “step aside” from the show for an unspecified period of time.

After ABC’s announcement, Bristowe and Adams celebrated their joint Bachelorette Season 17 hosting gig on Instagram, with each sharing a post to enjoy the moment with fans. Adams shared the announcement with followers, writing that she’s “so excited to spend another season with you all.” Bristowe posted a video of the two dancing, writing, “Let’s go girls....”

While most of the comments were supportive, Kaitlyn called out the negative responses on her post, replying to one follower who wrote, “Bachelor ratings are gonna be so low,” by quipping, “such a supportive female, we love to see it!"

The former Dancing With the Stars contestant was equally unfazed by one commenter who wrote, “Horrible to celebrate Chris Harrison being involved in Cancel Culture…. Bachelor Nation is over.” Bristowe wrote in response, “I’m celebrating a friendship here to be honest.” Then, when another wrote that “Chris is the only host for The Bachelor/The Bachelorette,” the TV personality assured followers that the two wouldn’t “be replacing anyone.”

In February, Harrison defended Kirkconnell during an Extra interview with Season 13 Bachelorette Rachel Lindsay, after photos emerged of the current contestant attending an antebellum plantation-themed college party in 2018 and TikTok users claimed she had liked racist posts. The host’s comments received immediate backlash online and sparked a discussion about the franchise’s lack of diversity on and off screen. Harrison apologized for his remarks on Good Morning America in early March and expressed his intention to return to the franchise eventually.

In the meantime, Harrison will not return for the The Bachelor Season 25’s After the Final Rose special on Monday, March 15; Emmanuel Acho, the author of Uncomfortable Conversations With a Black Man, is set to host instead. The former NFL player, who posted the announcement on Instagram, promised viewers, “Empathy is needed and change is coming.”

More like this
Where Is Former Bachelor Host Chris Harrison Now & What Is His Net Worth?
By Hugh McIntyre
Everything To Remember About Lace Morris Before 'Bachelor In Paradise' Season 8
By Grace Wehniainen
Here's Exactly When Rachel & Tino's Fight Happened After 'The Bachelorette'
By Grace Wehniainen
'The Bachelor's Peter Weber & Kelley Flanagan Are Reportedly Back Together
By Grace Wehniainen
Get Even More From Bustle — Sign Up For The Newsletter