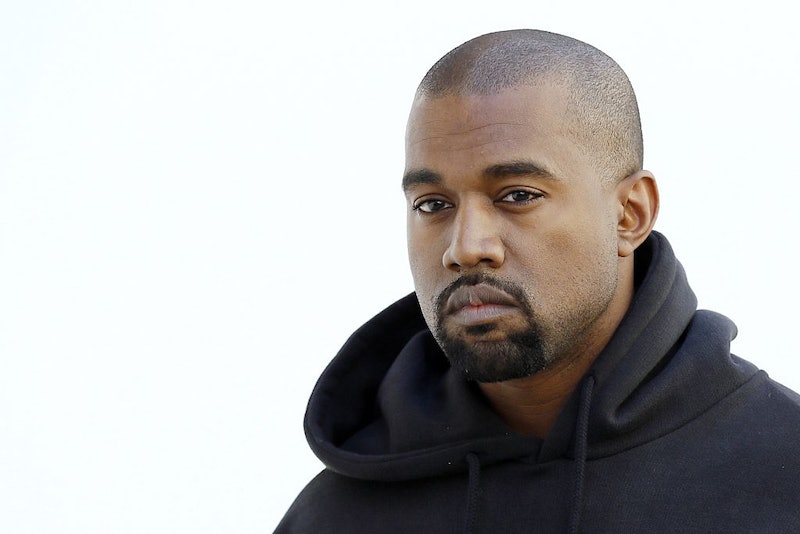 The race for the White House continues, and though it is clearly a two-candidate race, there is another person in the running: Kanye West. The rapper has been spearheading an unconventional presidential campaign since he made an official announcement on July 4, but it seems he has conceded defeat. According to Deadline, as many as 60,000 Americans voted for Kanye West.

The rap mogul posted pictures on his social media channels showing him casting his ballot on Nov. 3. In true Kanye West fashion, he tweeted that he had voted for the "first time ever," adding that his vote was for "someone he truly trusts." Himself, of course.

It was followed by a sombre message of apparent concession in the early hours of Nov. 4 that showed West standing in front of an electoral map, smiling, captioned simply with "Kanye 2024."

West appeared on the ballot in 12 states, including Vermont, Iowa, and Arkansas. According to preliminary tallies, West received at least 1,000 votes in each contest. The Independent reported that Tennessee drew his largest number of supporters: 10,188 votes. Deadline adds: "While a few states were still under 80% reported as of this writing, our count puts him at 59,781 total votes. Thus, it’s a pretty good guess he’ll go over 60,000 by the time all states are fully counted."

While West's wife, Kim Kardashian, had not publicly supported any candidate in the 2020 U.S. presidential election, there were some clues that indicated she didn't support her husband's campaign. (The campaign was rumoured to have cost the rapper at least $12m (£9.1m), according to the Independent.)

As previously reported, on Election Day, Kardashian retweeted Democratic vice-presidential candidate Kamala Harris' message about people's right to vote. "Don’t allow anything to come between you and your vote," the senator wrote. "If you have any questions or concerns about voting, reach out to our voter hotline.1 (833) 336-8683." Shortly thereafter, Kardashian shared her own photo on Twitter showing off her voting sticker. "I VOTED!!!! Did you?!?!" she wrote, before reminding voters to stay in line at the polls.

Kanye West, who was running as an Independent third-party candidate, "did rank 4th in some state races" per Deadline, though "his percentage of the vote was never over .04%," they add.