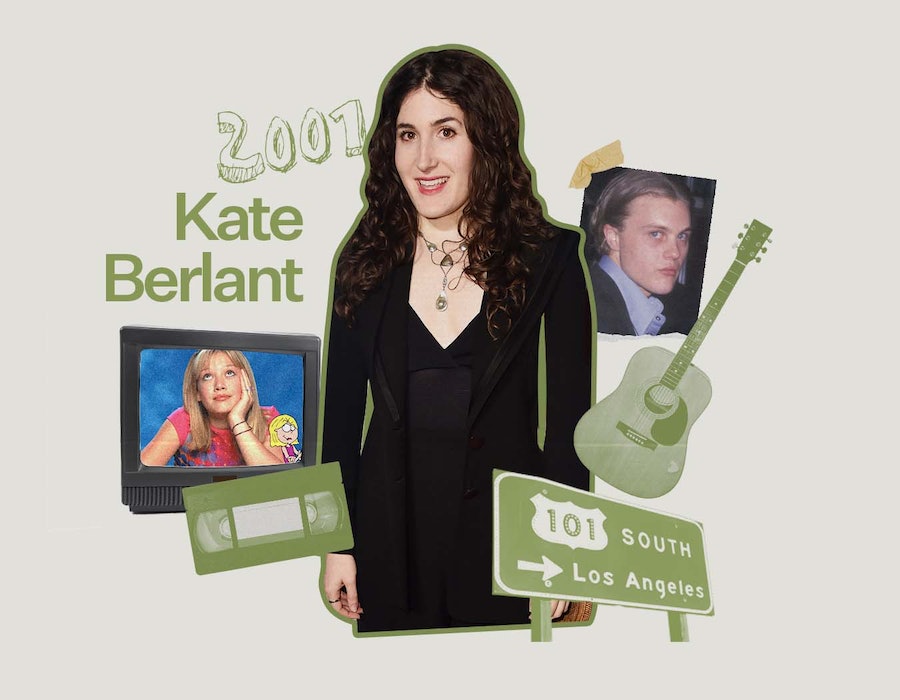 Adolescence is all about exploration, but at 14, Kate Berlant already knew one key thing about herself. “I was a manic clown,” the comedian and actor, now 34, tells Bustle over the phone. “My entire identity was wrapped up in that.” Where other girls might have worried about periods, their bodies changing, or getting attention from boys, Berlant was more focused on making her friends at her all-girls school laugh. “I'm one of the very rare people who loved junior high,” she admits. “I was in heaven.”

Berlant emerged from high school with her first IMDb credit — a serendipitous audition at 14 led to one line on Lizzie McGuire — and two superlatives fit for a future comedian: Class Clown and Most Likely To Be On SNL. Two decades later, Berlant’s penchant for connecting with people through humor is a signature part of both her personal and professional life. Her latest project, Would It Kill You To Laugh, a surreal Peacock sketch comedy special she created with close friend and fellow comedian John Early, encompasses both, riffing on a fictionalized version of their friendship gone sour.

Yet in real life, Berlant and Early’s relationship couldn’t be more pure. “We arrived at a friendship in a very automatic, innocent way that does remind me of myself at that age — just the uncomplicated connection of making someone laugh and someone making you laugh so deeply,” Berlant says.

Below, Berlant talks wheelie backpacks, water bras, and showing off her Lizzie McGuire hairdo at school.

I was [living] in LA. I'm a little young for my year, so I was in the ninth grade. I somehow bypassed the anxiety [of adolescence]. I had no romantic prospects whatsoever. My friends were all really pretty, and a lot of them at that point were getting attention from boys, and I certainly was not. I was tiny. In my memory, I was 4'11" and 60 pounds, and I had a wheelie backpack and a retainer. There was a purity and a true innocence to my life then.

Did you have a wheelie backpack because you were concerned about your posture?

I think I already was hypochondriac, and I think I feared the heaviness. I was like, "Well, we all know heavy books, they're bad for the back!"

Were you already thinking about a career in comedy at that age?

I wanted to be an actress. I did stand-up for the first time when I was 17. But at 14 my best friend at the time — who's still a huge part of my life and is a writer — she wrote the school plays and I would star in them. I think she was the president and I was the vice president of thespian society. We definitely created the theater department at our little high school. My ambition was always to be an actress, and everything I did was comedy at that point. But I hadn't really considered that what I actually wanted was to be a comedian as well.

You also had your first credited role around that age, on Lizzie McGuire in 2002. How did that come to be?

Yeah, that was actually [through] my best friend. I got an audition through her mom's friend for Lizzie McGuire and to my absolute shock, I booked it. Since then, I've almost never gotten a job from an audition. It was totally surreal. I loved Lizzie McGuire. Got the full Lizzie McGuire hairdo, which I then wore to school the next day. I had two lines, but I believe it was cut down to one, "Lizzie, I love your pants" or, "Hey, Lizzie, very cool pants." And I was on top of the world. What can I say?

What was the hairdo?

Butterfly clipped. Sort of half up, half down. Something much more elaborate than I had ever experienced.

This age can also be a delicate time for girls, especially with puberty. Do you remember how you were feeling in your body at 14? Did you feel comfortable in your own skin?

I would dress up with a couple of my best friends and wish I had boobs. I had a padded bra, and I had a water bra which was exactly what it sounds like — pads filled with water. You could actually hear it. If you're running or something, it would be sloshing. But somehow, I don't remember myself at that age being plagued with body dysmorphia or really obsessing over my body compared to others. I'm sure that was in there, but it's not a defining memory for me at that time.

Did you have any formative celebrity crushes?

I was really obsessed with Hedwig and the Angry Inch and Michael Pitt.

What did you like doing for fun when you were 14?

Did you ever edit the footage into anything?

No, I never edited them, really. I made a couple little things with some friends. Sometimes I’d film them without them knowing, which is kind of strange.

Do you think the tapes are long gone, or do you still have them?

Oh God, no. I have them. I never throw anything away!

Have you ever looked at them since?

I haven't in a long time, but I have seen them, and my voice is so high. It's unimaginable.

That's very cute. What were you getting in trouble for at 14?

I actually did get detention, but it was all for uniform violations. I had a uniform, but a couple times I wore funky socks — you had to only wear black or white or navy socks. I got in trouble for that. I didn't get in any kind of serious trouble; it was mostly just minor uniform violations.

Were you getting uniform violations because you were like, "Fuck it, I want to express myself," or are you a rule follower who was trying to follow the rules but slipped up?

I think I am sort of obedient and scared of authority, but I have a huge amount of disdain for authority. So I think I was testing the limits. I definitely was a prankster; I liked being mischievous at school. The teacher wasn't looking, and I jumped up on the table and moved the clock forward — things like that. So I liked kind of harmless, kind of benevolent pranks.

What do you think your 14-year-old self would think of you now? It seems like you've followed a path you were already setting up even then.

Is there any advice that you would have given her at the time for what she was going through?

I think this is what everyone says when they reflect back, but not to worry. I was pretty much a hypochondriac. I was really worried that I had tumors, I was having a heart attack, or things were wrong with me. I was obsessed with my appendix bursting. I had a lot of anxiety about that kind of stuff. So I would like to tell myself, "It's not your appendix, it's just gas."

More like this
'The Crown' Season 6 Has Suspended Filming "Out Of Respect" For The Queen's Death
By Bustle Staff
Here’s Everything Coming To & Leaving Netflix In February
By Jake Viswanath
At 28, Debra Jo Rupp Was Living A Much Different '70s Show
By Grace Wehniainen
Here’s Why Danny Masterson’s Hyde Isn’t In 'That '90s Show'
By Brad Witter
Get Even More From Bustle — Sign Up For The Newsletter
From hair trends to relationship advice, our daily newsletter has everything you need to sound like a person who’s on TikTok, even if you aren’t.