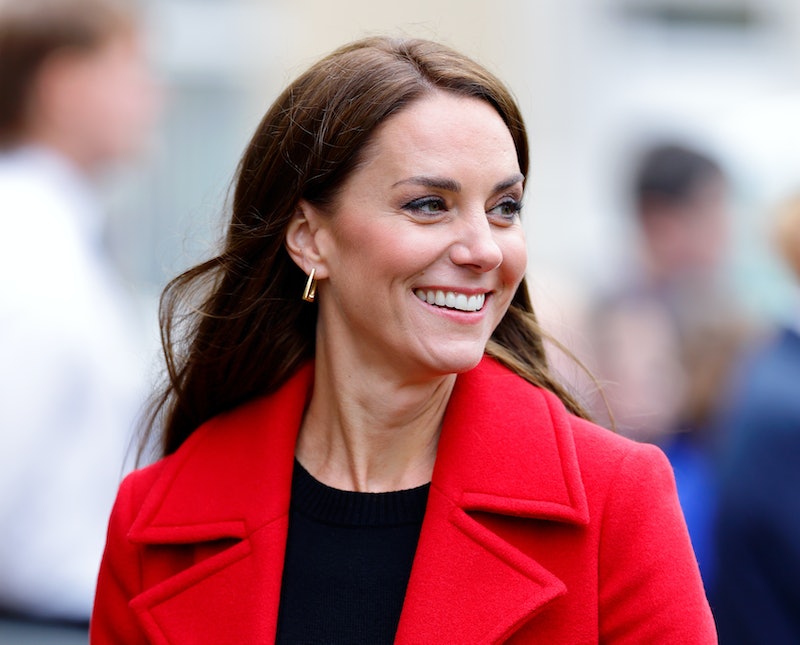 Kids say the wildest things. And it turns out, royal children are no different. In even more wholesome royal content, Catherine, Princess of Wales has revealed her kids’ hilarious reactions to old photographs of her and Prince William around the time of their engagement over ten years ago. Chatting to well-wishers in Wales after visiting Holyhead’s RNLI Lifeboat Station, Kate Middleton got talking to a member of the public holding a particularly nostalgic flag. A piece of memorabilia from 2010, the Union Jack showed an old photo of the royal couple taken back when they first got engaged.

Upon spotting the flag, the Princess of Wales headed over to chat to its owner. “Oh my goodness, is that from our engagement?” Kate asked in footage captured by a TikTok user. “We always laugh about this. Although we’ve been married for 11 years, we’ve been together for double that, so it’s extraordinary,” she said. She went on to reveal her children’s very honest — and let’s be fair, quite savage — reaction to seeing old snaps of their parents in their late-twenties. “The children look back at the photos and say, 'Mummy, you look so young!’” Ouch.

Originally, the the Prince and Princess of Wales met when they were studying at University of St Andrews, and Will popped the question while they were on holiday together in Kenya. In 2011, the couple finally tied the knot.

The royal couple often share amusing insights into family life, occasionally revealing George, Charlotte, and Louis’ comments and thoughts. Following the Queen’s death earlier this year, Kate told crowds in Windsor about her youngest son’s touching response. “My little Louis, this is so sweet, he said: ‘Mummy don’t worry, she’s now with great grandpa,’” Kate said, while speaking to crowds around the castle on Sept. 10. The four-year-old was referring to the Queen’s late husband Prince Philip, Duke of Edinburgh, who passed away last year, aged 99.