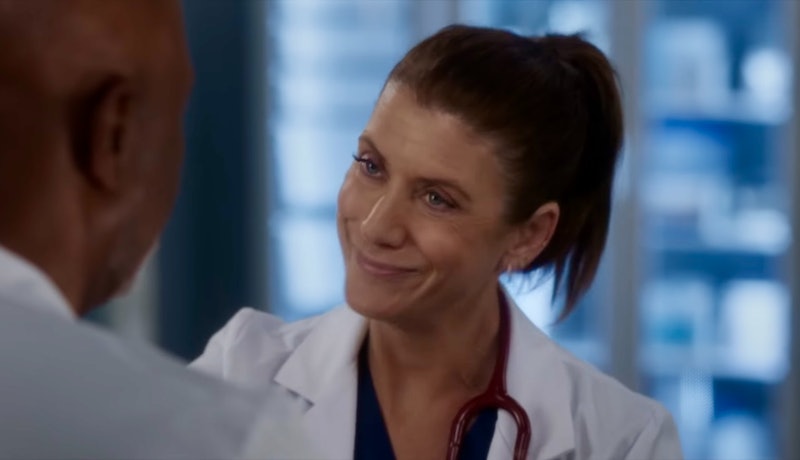 Kate Walsh has one word to sum up her return to Grey’s Anatomy after nearly a decade: surreal. “It was like a fever dream,” the actor said of reprising her role as Addison Montgomery during an Oct. 18 press call.

Nine years after her last appearance in the long-running medical drama, Walsh joined Season 18 for the Oct. 14 episode, in which Addison came to Grey Sloan to perform a groundbreaking uterine transplant. She also had an emotional reunion with Meredith Grey (Ellen Pompeo) — aka the woman who was once having an affair with her husband — in an elevator scene that called back to their meeting in Season 1. Seeing the cast again offscreen was just as affecting for Walsh.

“It’s like going back to your hometown and your family and your first best job ever all at once,” she said on the call. “It was really beautiful, but a lot. It’s impossible to articulate. But I will say that all of that went into the episode, you know? Like acting wise, it was easy to show up emotionally and crack open.”

Walsh’s appearance on Grey’s follows the return of Patrick Dempsey, who played her late ex-husband Derek Shepherd, last season. Coincidentally, she bumped into Dempsey on an international flight out of France about a month before she began filming for Season 18. “I told him I was going to come back, and he said, ‘Oh it’s going to be so intense for you. And so emotional. And so many feels, and closure, too, in a strange way,’” recalled Walsh, who starred in the Grey’s spinoff Private Practice for six seasons after leaving the original show. “When we started [Grey’s], it was such a very specific time for all of us, and the entire cast, it really changed every single person’s life in a dramatic way.”

Walsh is currently slated to appear in only a handful of Season 18 episodes. On the call, she teased some “intensely intimate and satisfying” scenes between Addison and Derek’s sister Amelia Shepherd (Caterina Scorsone), who also starred on Private Practice. However, Walsh said she’s open to returning to Grey’s again in the future — perhaps in a more regular capacity.

“Right now, we’re just doing a few episodes,” Walsh said. “Nobody knows what the future holds. I think the last year or so has been evidence of that. But for now, this is what we’ve got planned, to have Addison pop in, and we’ll see what happens.”

More like this
Shonda Rhimes' Net Worth Makes Her One Of The Wealthiest People In TV History
By Hugh McIntyre
'Grey's Anatomy's New Intern Got Advice From Dr. Bailey Herself
By Grace Wehniainen
The Best 'Grey's Anatomy' Intern Moments, From MAGIC to Glasses
By Grace Wehniainen
‘RHOSLC’ Star Jen Shah’s Arrest & Legal Drama, Explained
By Brad Witter and Jake Viswanath
Get Even More From Bustle — Sign Up For The Newsletter