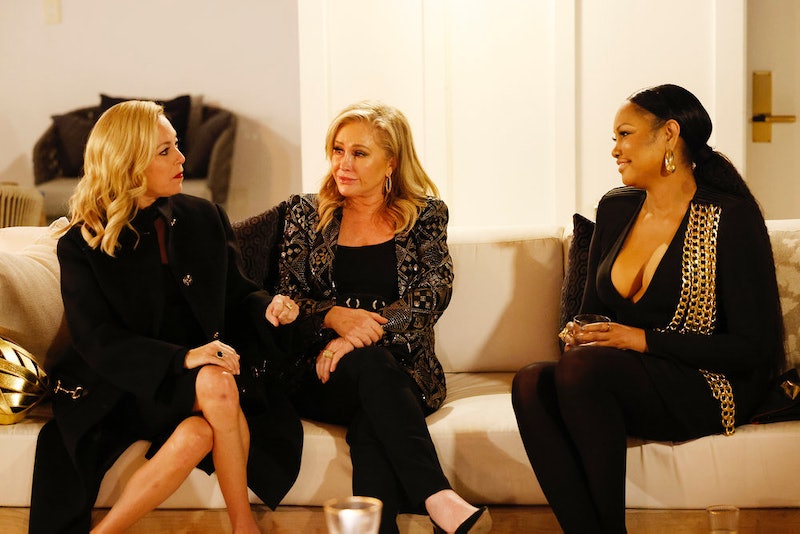 Throughout the ongoing, unnecessarily drawn out season of The Real Housewives of Beverly Hills, only one question has been on fans’ minds: What the hell did Kathy Hilton do in Aspen? The sister of Beverly Hills OG Housewife Kyle Richards joined the Bravo series in 2021 in a part-time Friend role and ended up stealing the show, becoming a fan favorite for her zany personality, nonchalance about her wealth, and inability to properly use social media. But before Season 12 premiered in May, reports indicated that Kathy showed a new side of herself on a trip to Aspen, with allegations of racism and homophobia surfacing, and her co-stars hinting at a meltdown in the mid-season trailer. However, whatever happened, it wasn’t caught by Bravo cameras.

In January, after Kathy tried to leave Aspen early in the most Kathy Hilton way (by asking her husband Rick to help her “get out of here” in an Instagram comment), some Housewives blogs reported that she allegedly used racial and homophobic slurs at a DJ, but her co-stars have yet to accuse her of saying any discriminatory slurs. Instead, her castmate Lisa Rinna insisted that Kathy’s fury was aimed at her sister.

The drama started on the Sept. 14 episode during an Aspen hat shop outing organized by Kyle. Kathy was excited that the shop’s bar was serving her tequila brand Casa del Sol, but got upset when Lisa ordered a shot of Kendall Jenner’s 818 instead. The night prior, Kathy attempted to have the Housewives taste Casa del Sol at home to no avail, so she took Lisa’s actions as a personal dig, got frustrated that her sister didn’t intervene, and eventually left, noting that she was “f*cking pissed off.” Things seemed fine between Kathy and the ladies at dinner later that night, but then Kyle suggested that the group go to another bar, which is where hell seemed to break loose.

On the Sept. 21 episode, Erika alleges that Kathy did not join the cast on their plane back to Aspen because she had a “breakdown” at the club. Sutton Stracke noted in a confessional that Kathy asked to do a conga line, but no one followed. “Kathy was saying that she was pissed off, and I had to leave the club right now,” Kyle reported in her confessional. “I was very confused because I didn’t even know what happened, so I said, ‘No, I’m not doing that. We just got here, Kathy.’” Eventually, Lisa took her back to the Aspen house, which is where she said Kathy made hateful remarks about Kyle and RHOBH itself.

“She was saying things like, ‘I’m gonna take down NBC, Bravo, I will take down this show single-handedly,’” Lisa alleged. After arriving at the house, she says Kathy’s actions only got worse. “She said, ‘I will destroy Kyle and her family if it’s the last thing I ever do,” Lisa claimed. Later, Erika revealed jumbled text messages she received from Lisa about Kathy’s alleged behavior. “I've never heard or seen anything like it in my life,” she wrote. “Anger screaming throwing things crying. I'm locked in my room.”

Bravo showed no footage from the van or the Aspen house, but Lisa was so traumatized by what she allegedly witnessed that she left Crystal Kung Minkoff’s birthday party shortly after Kathy showed up. However, in her confessional, Kathy brushed off Lisa’s account of that night and apologized if she hurt her. “I don’t feel like she left because of what I shared with her in Aspen,” she said. “She was a sweetheart, she listened, and I by no means got any indication that she was upset. But if I was the toe that broke the camel’s back, I apologize. I don’t want to upset anybody.”

Kathy has yet to give her side of the story and clarify what she told Lisa, but she denied “screaming and throwing things” during an Instagram Live interview with E! in February, saying, “That is not me,” which was shown in the RHOBH mid-season trailer. Regardless, viewers won’t see what happened in a future episode, as Kathy confirmed that Bravo didn’t capture the incident on camera. “I said some things because I was just venting in a personal conversation with someone and it was not filmed,” she told Us Weekly in July. Therefore, it will be up to fans to investigate the never-ending mystery of what actually happened in Aspen.