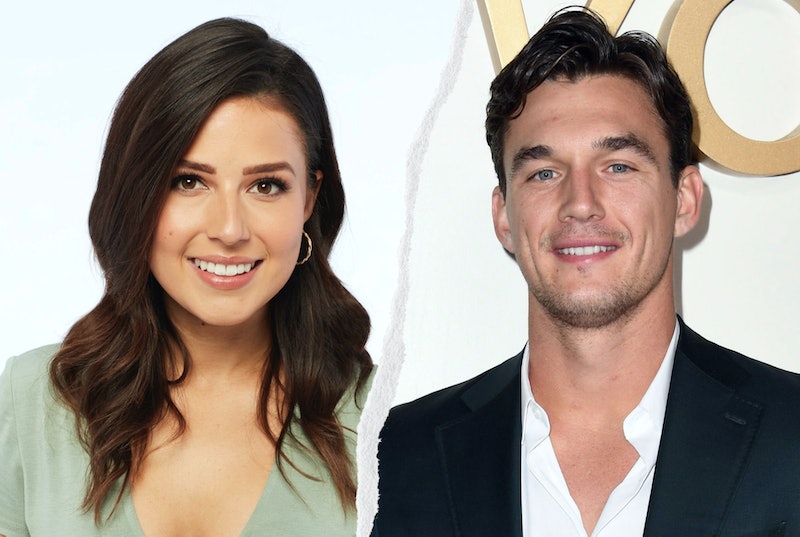 If you’re a devoted fan of all things The Bachelor, you may have heard the latest rumor that Katie Thurston (from Matt James’ season) and Tyler Cameron (Matt’s best friend) are now dating. And while this wouldn’t be the first time two contestants from past seasons found love off-camera, Thurston took to social media on Thursday, March 11, to set the record straight. And no, they’re not together.

“Tyler has a girlfriend so everyone needs to get this out of their heads,” the bank marketing manager said during a video Q&A on Instagram. According to E! News, Cameron is currently dating model Camila Kendra and things are “getting very serious.” “He finally feels he can commit to a relationship and really likes Camila,” a source told the outlet. “They have been spending a lot of time together and are basically inseparable.”

Things clearly seem to be going well for Hannah Brown’s former frontrunner, and if recent spoilers are true, Thurston’s love life is about to heat up as well. On Feb. 7, Bachelor blogger Reality Steve claimed that the 30-year-old was chosen to be the next Bachelorette and that the news would be revealed during the Women Tell All special. However, Chris Harrison quickly squashed that rumor two days later.

Fast forward to nearly two weeks after the Women Tell All special and we still don’t know for sure who will star in the show’s next season. However, according to Reality Steve’s most recent update, it seems there may be two Bachelorettes on the horizon. Apparently, two separate seasons of the show are currently in the works; one will reportedly air this summer with Thurston as the lead, and the other will supposedly air in the fall with Michelle Young as the lead.

Per Reality Steve, the announcement about both future Bachelorettes will be made during this season’s After the Final Rose special. But considering he was wrong about what went down (or rather, what didn’t go down) at the Women Tell All a few weeks ago, we’ll believe it when we see it.