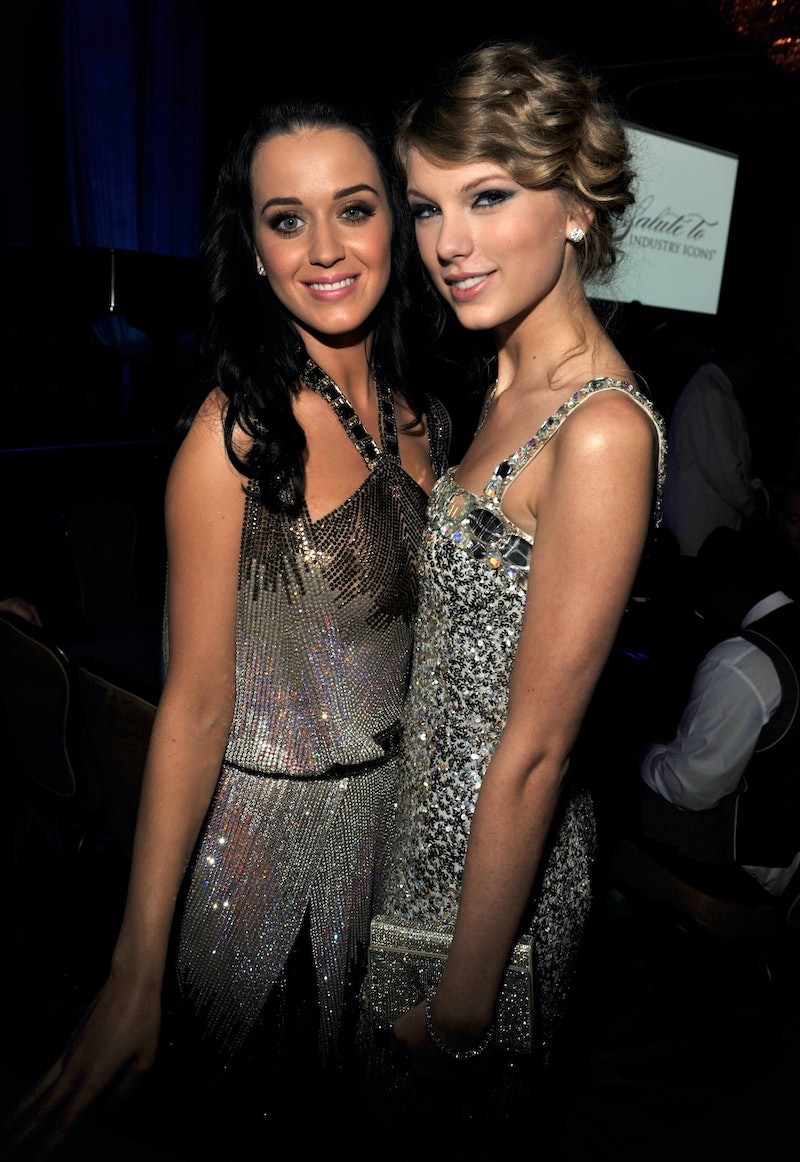 American Idol might be a singing competition, but every so often the show comes through with some important life lessons. On Monday, March 22, for example, contestants Camille Lamb and Althea Grace showed viewers what can happen when two people who do not get along put their differences aside and help each other succeed, which is something Katy Perry can totally relate to after her years-long feud with Taylor Swift.

“Both of us feel this weird tension,” Althea said of her relationship with Camille ahead of their duet of “You Don’t Own Me” by Lesley Gore. At one point, the “Daisies” singer even stepped in to give the contestants some words of wisdom based on what she’s learned from finally putting her beef with the “Cardigan” singer to bed. “You guys are both on the same team,” she reminded them. “Don't forget about that.”

Fortunately, Camille and Althea were able to pull it together for their performance and both of them made it to the next round, which Perry found particularly inspiring. In fact, she was so moved that she may have hinted that a collaboration with Swift is just around the corner. “Can you imagine if Taylor Swift and I worked together... what we could do?” Perry asked judges Luke Bryan and Lionel Richie.

Of course, Perry’s words immediately sent fans into panic mode on Twitter. “OMG, THE COLLAB OF THE DECADE IS COMING,” one person tweeted. “TAYLOR SWIFT AND KATY PERRY WOULD RUN THE MUSIC INDUSTRY TOGETHER,” another fan wrote. Someone else suggested that they might be collaborating on a new version of “Bad Blood” — a track that Swifties unanimously agree is about her spat with Perry — for the re-recording of 1989.

A collaboration between the two pop artists wouldn’t come as a total surprise. The two appear to be on great terms as of late, and in September 2020, Swift congratulated the “Daisies” singer on the birth of her daughter by sending a gift. “Miss [Daisy Dove] adores her hand-embroidered blankie from miss @taylorswift,” Perry wrote on Instagram at the time. “Hope it’s one she drags around for years till it becomes an unrecognizable shred that she keeps in her pocket as a teenager.”

Prior to that, Perry extended an actual gift-wrapped olive branch to Swift on the opening night of her Reputation Stadium Tour, marking a turning point in their relationship. The pop stars solidified the end of their feud in June 2019 when Perry dressed as the burger to Swift’s fries in the "You Need to Calm Down" music video.

“We decided the metaphor for what happens in the media is they pick two people and it’s like they’re pouring gasoline all over the floor,” Swift told Vogue of their rekindled friendship in Sept. 2019. “All that needs to happen is one false move, one false word, one misunderstanding, and a match is lit and dropped... The tension is so high that it becomes impossible for you to not think that the other person has something against you.”

More like this
Taylor Swift Wants To Direct A Movie Next — But You Might Have To Wait
By Radhika Menon
Everything To Know About Taylor Swift’s 10th Studio Album, 'Midnights'
By Grace Wehniainen and Jake Viswanath
20 Years Later, Kelly Clarkson & 'American Idol' Judges Reunite For Her Hollywood Walk Of Fame Star
By Radhika Menon
Twitter Is Freaking Out Over Rihanna’s 2023 Super Bowl Halftime Show Announcement
By Stephanie Topacio Long
Get Even More From Bustle — Sign Up For The Newsletter