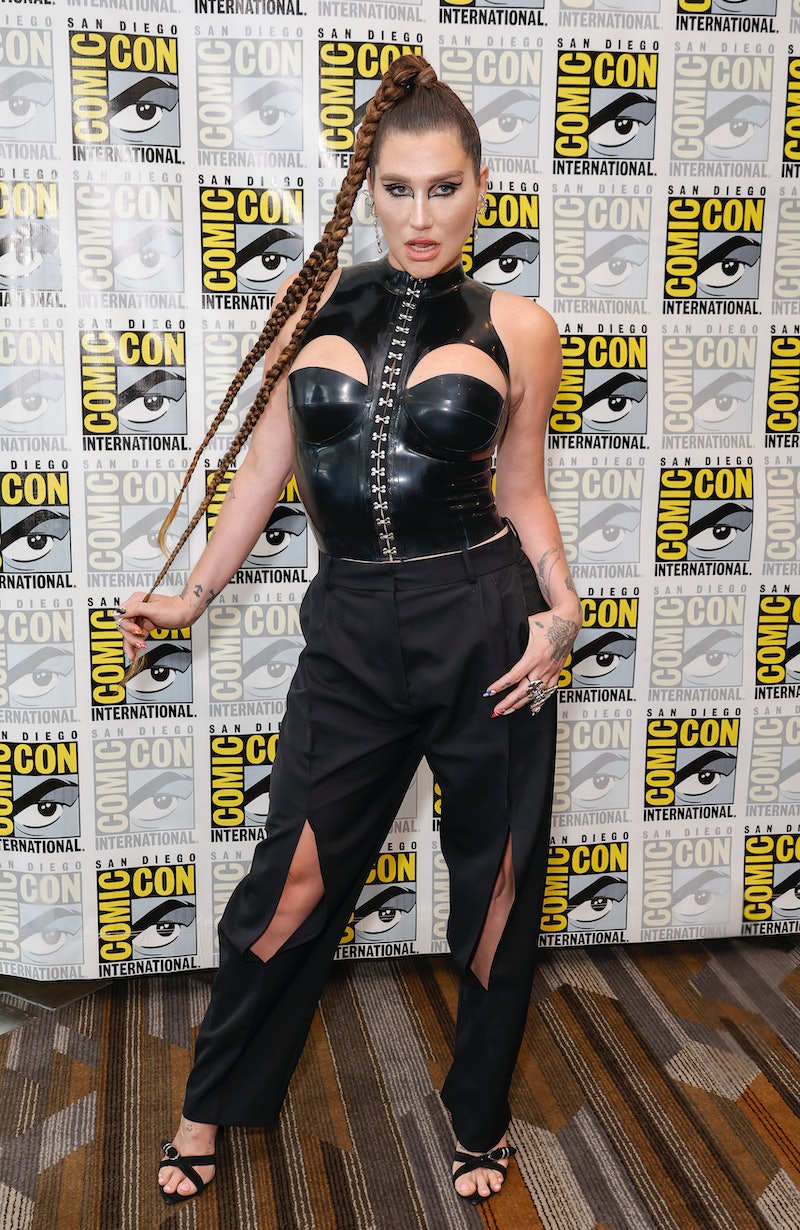 The Bachelor mansion is about to blow (oh-oh-oh), because one surprising celebrity fan of the franchise has offered herself up to become the next Bachelorette. Kesha says she would “definitely” be the Bachelorette — as long as her roster of potential suitors meets her rather unusual standards. “You know what? I would f*cking love it,” she tells Bustle. “My lineup of what I would ask for would be an interesting lineup, probably one they've never seen. I would just want old, hairy bikers — but if I got 25 old, hairy bikers, f*ck yeah.”

While filming her new ghost hunting series Conjuring Kesha, currently airing on the Travel Channel, Kesha chose to disconnect from the spiritual realm by watching The Bachelorette. “We were filming so late, and it was at night, sometimes camping in [Mount] Shasta. I just liked to decompress,” she remembers. “I would take an Epsom salt bath, use my essential oils and spray, and tried to cleanse the energy in my space. I would watch The Bachelorette, because I love watching women have 25 men to pick from. That was my comedown experience every night.”

Naturally, she has opinions about the latest season, which featured two co-Bachelorettes for the first time, Gabby Windey and Rachel Recchia. “I have love for both of them. They're both really smart women, have really great boundaries, and are really beautiful, obviously,” she says. “I just have hope for everybody to find their soulmate, so I really hope they do. I'm not sure if it's in this batch of men, but I hope for them that it is.” (Spoiler alert: for one of them, it was).

The Grammy-nominated singer’s Bachelorette fandom is well documented. One of the guest stars on Conjuring Kesha is former Bachelorette JoJo Fletcher, whom Kesha befriended after they both appeared as guest judges on the short-lived spinoff The Bachelor Presents: Listen to Your Heart.

In an interview with the Bachelor Happy Hour podcast to promote her guest stint, Kesha revealed just how big of a fan she was. “I’m a little geeking out because I have to tell you, I’m such a fan,” she said. “It was my secret and I was like, 'You know what? I’m going to come out with it. I am a huge fan of The Bachelorette.’ I don’t care what anyone thinks. Don’t judge me, world.” However, Kesha is truly only enthusiastic about The Bachelorette, not so much its male counterpart. “My girlfriends and I always get drunk and watch The Bachelorette. Always The Bachelorette is way more entertaining,” she explained. “I love when the woman has the power.”