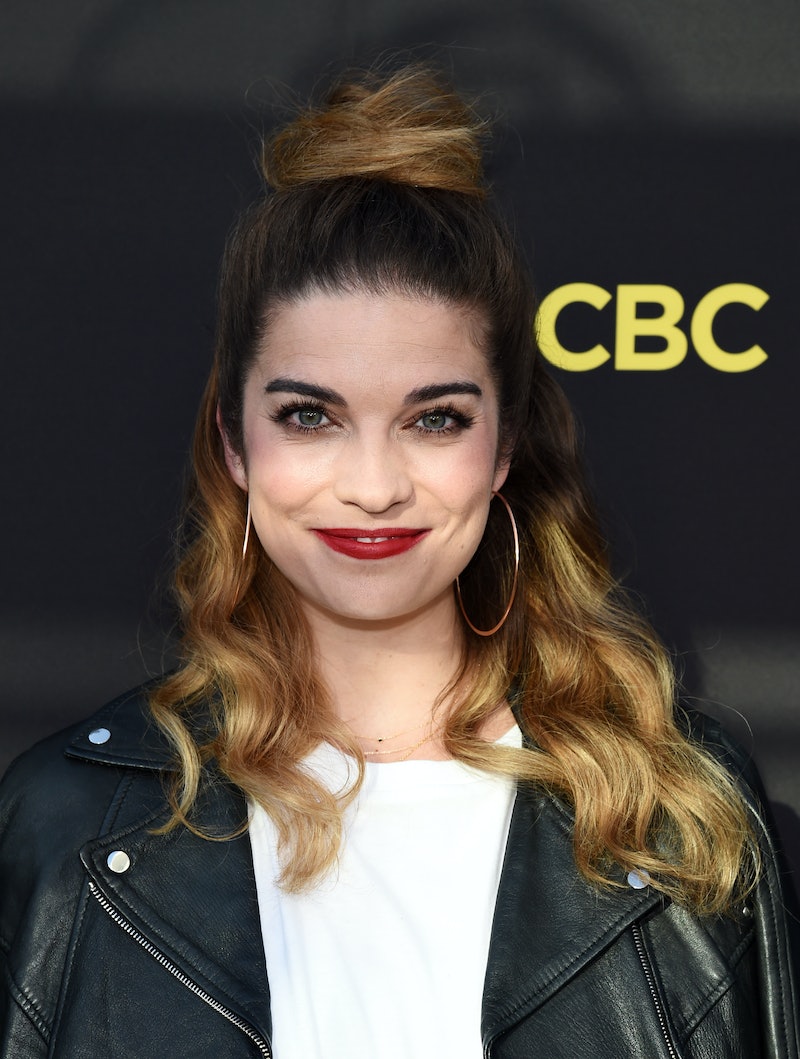 Beloved Schitt's Creek actor Annie Murphy was cast in an unexpected new role, and as different Kevin Can F**k Himself may be from Dan Levy's hit show, you'll want to add it to your watchlist. Judging from the series' just-released trailer, Murphy's latest character is taking "until death do us part" to a whole new level.

The video clip, found on the official Kevin Can F**k Himself Instagram account, initially presents Murphy as Allison, the seemingly perfect housewife. She cooks and brings mouthwatering meals straight to her husband's lap with a smile on her face. But underneath her pleasant veneer and amid a canned audience laugh track is a frustrated woman fantasizing about killing the insufferable Kevin, who thinks making PMS jokes is funny and apparently drained their bank account.

"One day she realizes what she wants," Allison narrates before envisions stabbing her spouse's neck with a shard of glass. The trailer expertly blurs the lines between the character's pristine, monotonous, sitcom-like life and her dark thoughts. "The world revolves around him. If it doesn't, he just blows it to hell. It has to stop," her character says.

As Variety reported, Kevin Can F**k Himself delights in breaking "television conventions by probing the secret life of the sitcom housewife archetype and asking what the world would look like through her eyes when she snaps and takes the lead in her own life."

During the Television Critics' Association Winter Press Tour panel premiere of the show's trailer on Thursday, Murphy added to the excitement behind the show and revealed, "Viewers can expect to see her on the small screen in a pair of frumpish, hard-to-slip-on maroon winter boots a lot." Quite the departure from Alexis Rose's enviable boho-chic looks.

Starring alongside Murphy are actors Eric Peterson (Kevin) and Mary Hollis Inboden(Allison's friend, Patty). Kevin Can F**k Himself is slated to air for eight hour-long episodes on AMC.