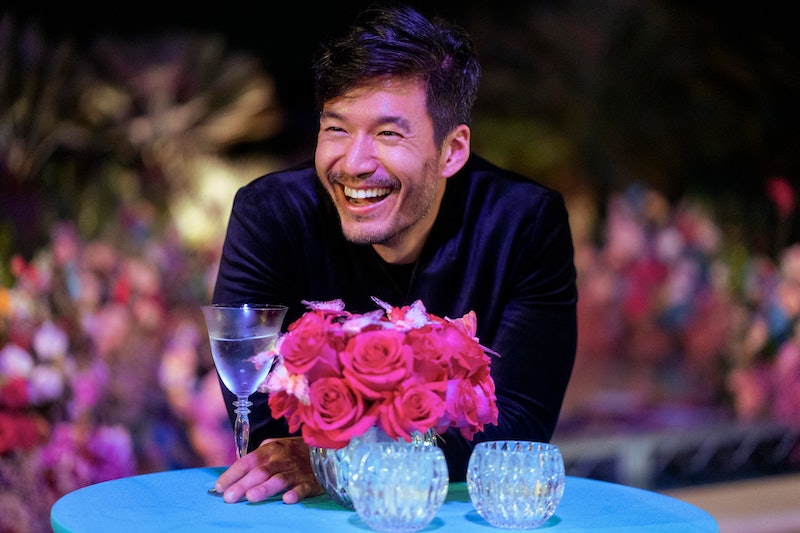 When Bling Empire’s inaugural season ended, Kevin Kreider’s romantic tension with co-star Kim Lee was palpable. Fast-forward to Season 2 of the Netflix reality series, which filmed throughout the Summer of 2021, and not much had changed. Having just moved into a new Los Angeles apartment, Kevin was single — but still had his eye on Kim.

He wasted no time shooting his shot and planned a romantic date complete with a private chef, but — spoilers ahead — Kim stood him up. “I’m not sure if I wanna go there with you,” she later explained to him after apologizing for getting “cold feet” before the date. “If we go there and it doesn’t work out I’m not losing you as just another guy that I just met. I’m losing a friendship.”

In a confessional, she shared even more reservations about Kevin, including that she knows his dating history a little too well. Even so, Kim reluctantly agreed to go with him on a 24-hour road trip to Solvang, California, and she was pleasantly surprised at how well it went. Aside from admitting some of his insecurities, Kevin also shared that he’s sober and in a 12-step program.

“I’ve told a lot of girls on dates about me being sober. It never seems to get easier,” Kevin says in Episode 4. “I mean, the fact that I tell Kim that I’m sober, and she’s just like, ‘Man, I respect that,’ it just made me feel really good because now I realize my impression of Kim is right. Like, she is a genuine person and I think that’s just a clear sign of, like, this is special.”

Though they seemed to be heading toward a relationship, everything went downhill when mutual friend Kane Lim got involved. After Kim told him that Kevin was ready to get serious, he revealed that their “man-whore” friend slept with another woman just a week earlier and was lying to her. Though Kevin later clarified the timeline — and angrily crushed a glass in his hand in the process — their trust seemed to be broken.

Regardless, Kim agreed to proceed with giving dating a try with some trepidation. By the season’s penultimate episode, however, she still didn’t trust that Kevin’s intentions were genuine and suggested he take a lie detector test. He agreed, but only on the condition that she take one as well. Though Kevin passed, it was all moot when he asked flat out if she even wanted to be with him. Her answer was no, and the test revealed she was being truthful. “I just don’t see, like, myself being with you because I can’t trust you,” she told him.

In the finale, Kevin explained that he’d decided to try to find somebody who wants to be with him and doesn’t require a lie detector test. “There’s still probably something there, but I know it’s not good for me,” he explained. “And I personally don’t think she has anything for me, so I’m trying as hard as possible to squash that and just move on.” Kevin also knew that “the right girl” wouldn’t tempt him to drink, adding that he’s also looking for someone who’s hot because “that helps a lot.”

Though Kevin didn’t immediately reveal if he was dating someone else, he likened his and Kim’s relationship attempt to a rainy, tumultuous hurricane in a joint May 2022 ET Canada interview. “But you’ve got to have ‘em I guess in the world, I don’t know,” he added, leading Kim to say, “whatever that means,” with a laugh. His response? “That’s for your own interpretation.”

Fast-forward to Bling Empire Season 3, and Kevin and Kim were still giving off a flirtatious “will they, won’t they” get back together vibe. This time, however, things weren’t left up in the air, as Kevin revealed by season’s end that he’d gotten back together with an ex from several years ago named Devon Diep. In her Instagram bio, Devon describes herself as an actor, singer, model, writer, and director, and, yes, also lists Bling Empire among her credits.

What’s more, it appears that Kevin and Devon are still together today. After Devon shared the Season 3 trailer via Instagram on September 30, Bling Empire’s Christine Chiu commented, “I have never seen Kevin happier so thank you for coming back,” adding several red heart emojis. Meanwhile, Season 2 newcomer Leah Qin wrote that Kevin “is another person” with Devon back in his life, to which she replied, “Awwww, I’m so happy to hear [that].”

This article was originally published on May 14, 2022