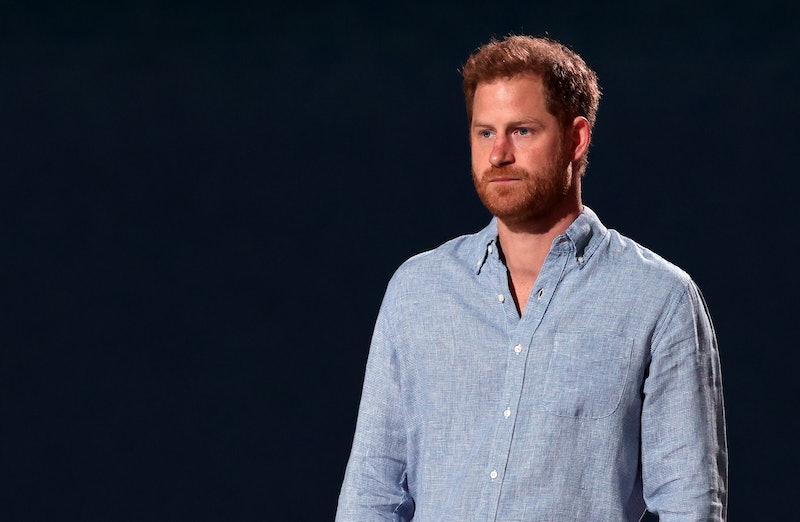 Since the polarising Oprah Winfrey interview, The Duke of Sussex has continued to share personal accounts about his life as a royal. In June 2021, Prince Harry confirmed that he was working on what he describes as an “accurate and wholly truthful” memoir with publishers Penguin. In his announcement, the royal shared that the book will cover the “highs and lows” of his life as well as the “mistakes and lessons learned.” Ahead of its highly anticipated release, I have rounded up eight key moments in Prince Harry’s life he may address in his new memoir.

All proceeds for the book will be donated to charity, and it’s not yet been confirmed which aspects of Harry’s life will be included in the memoir. However, following the death of his grandmother Queen Elizabeth II, Harry has reportedly requested to make “last minute changes” to the book, with a source telling The Sun that he wants to refine the final draft “in light of the Queen’s death, her funeral, and his father ascending to the throne.” The source claimed that certain topics in the biography “might not look so good if they come out so soon after the Queen’s death and his dad becoming King.” The 36-year-old dad of two, who stepped down from his duties as a royal and moved to U.S. in 2020, released a statement about his pending memoir, stating he was “excited for people to read a first-hand account of [his] life,” which may include the tragic loss of his mum when he was just twelve years old, scandals during his young adulthood, and meeting wife Meghan Markle.

Below are nine key moments that may appear in the upcoming memoir.

Few could forget the heart-wrenching and devastating moment Prince William and Prince Harry walked behind their mother’s coffin in the very public funeral following her death in 1997. During his chat with Oprah in their Apple TV+ docu-series, The Me You Can’t See, the Duke of Sussex said he never properly processed his mother’s death, and later turned to drink and drugs to mask the pain and trauma. It is more than likely he will address his mother’s death and all that came with it in his memoir.

It’s believe that Harry’s memoir could see him grapple with some of the controversies that occurred during his early twenties.

One of the most notable controversies happened in 2005 when the young royal was photographed wearing a Nazi uniform with a swastika armband to a costume party. Harry later apologised in a brief statement, stating “It was a poor choice of costume and I apologise.”

By 2012, Harry’s controversial partying also led to TMZ leaking a photo of the royal naked playing a game of strip billiards with friends in Las Vegas. A Las Vegas stripper later came forward to say she was partied with the Prince at the same event.

3. His Use Of A Racist Slur

It may be that Harry will also use this chance to address a very serious incident that happened during his time in the army. In 2009, footage emerged of Harry referring to an Asian member of his platoon as “our little p**i friend: while training as an officer at the Sandhurst military academy three years previously. A public apology issued by St James Palace said Harry, who was 24 at the time, used the offensive term “without malice.” In the years since, Harry has spoken publicly about the unconscious bias he lived with growing up and how that may have shaped his understanding of racism. This memoir may be a chance to reflect on that.

4. His Relationship With His Grandmother, Queen Elizabeth

Harry and his late grandmother Queen Elizabeth shared a close relationship, even when he stepped down from his royal duties and moved to America. While their bond has remained mostly private, there have been moments where they’ve shared their cheeky sense of humour. Harry may use this opportunity to open up more about how close he and his grandmother were, as he briefly touched upon in a tribute following her death.

“Granny, while this final parting brings us great sadness, I am forever grateful for all of our first meetings – from my earliest childhood memories with you, to meeting you for the first time as my commander-in-chief, to the first moment you met my darling wife and hugged your beloved great-grandchildren,” he said in a statement. “I cherish these times shared with you, and the many other special moments in between.”

Prince Harry has often spoken highly about his ten-year stint in the army, which saw him rise to the ranks of Captain and undertake two Afghanistan tours. Back in 2013, Harry, then 28, spoke about “being one of the guys” in a candid ITV interview that explored his role as an Apache pilot. Prince Harry had to make the “tough decision” to leave the military in 2015 to start a “new chapter.”

5. His Relationship With Other Royals

Much has been said recently about Prince Harry’s relationship with his family, including his father, King Charles III, and his brother Prince William. Back in March 2021, Prince Harry told Oprah Winfrey his father stopped taking his calls before his step back from royal life. It’s likely this – and more – will be explored within the memoir.

7. His Relationship With Meghan Markle

From their landmark royal wedding in 2018 to the birth of their children, it’s expected that Prince Harry will discuss his relationship with his wife Meghan Markle in the memoir. The royal couple’s marriage has endured tough time and they often show a united front despite continued harsh media coverage and ceaseless criticism.

8. His Relationship With The Media, His Move To America & The Decision To Step Away From Royal Life

Prince Harry has made no secret about his fraught relationship with the British media. In 2020, Prince Harry and Meghan Markle stepped down from royal duties and moved to the US, later citing “toxic” British media as one of the reasons they left and told The Late Late Show With James Corden that they were destroying his mental health. Prince Harry later told Oprah Winfrey that his family was scared of the “tabloids turning on them.”

Prince Harry is now the proud dad of son Archie and Lilibet who was born earlier this year. Previously, the royal has said: “The moment you become a father, everything really does change.” And as for what he loves about fatherhood, Harry told NBC’s Today show that “the chaos, the learning, the reminder of just every element of yourself, your soul” is what he adores most. No doubt this experience will therefore feature in his memoir.

This article was originally published on July 20, 2021