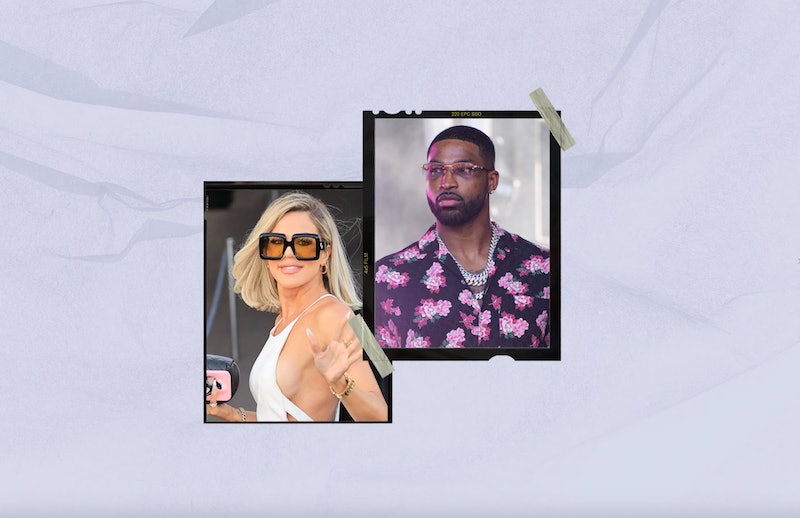 Khloé Kardashian is setting the record straight. On the Season 2 premiere of The Kardashians on Sept. 22, Khloé revealed the exact timeline of when her second baby with Tristan Thompson was conceived, just days before she found out that he had fathered a child with Maralee Nichols in March 2021. “We did an embryo transfer days before Thanksgiving, and I found out about Tristan’s situation the first week of December,” she said. “It’s just so close that I wouldn’t want anyone to think I did this after the fact. Why would I want to have a baby with someone who’s having a baby with somebody else? Because I’m not that much of a sociopath. I’m a lunatic but not that f*cking deranged.”

The Good American founder began the episode by revealing she told her sister Kim Kardashian that she had just started the surrogacy process at the same time Kim informed her about Thompson’s baby scandal. That conversation was filmed and shown in the Season 1 finale, with Kim telling her sister, “If this isn’t the biggest sign for you to not have another baby with this human being.” Khloé recalled: “What you didn’t see was, I think I said, ‘I need to tell you something, take me off speaker.’ And I told her. I said, ‘We did an embryo transfer a couple days ago.’”

Kardashian and Thompson welcomed their son in August, but she had broken up with the NBA player long before then, telling Kim in the Season 1 finale that she felt no guilt about ending things with him for good after what had transpired. “One day, I will have the fairy tale that I hope to have,” she said.

Nonetheless, the situation put a huge damper on Khloé’s baby preparations. “I mean it’s supposed to be a really exciting, amazing time,” she said. “But time’s ticking and I keep burying my head in the sand, but that doesn’t do anything.” Naturally, this didn’t sit well with her family, who came together to figure out how to support Khloé and get candid about Thompson, with Kendall Jenner stating she felt he “wanted to trap” Khloé by having another child. “You were encouraging Khloé to go forward with this while you knew that that was also happening,” she said. “It’s almost like he wanted to trap her into like...,” before their mom Kris Jenner continued, “Well he wanted to hang onto her for sure, and thought maybe if they did that, she would marry him.”

READ NEXT: Khloé Showed Her Birth On ‘The Kardashians’

Kylie Jenner explained in a confessional that she’s “really disappointed” in Thompson. “I think it’s really f*cked up that he knew he had another baby on the way with somebody else, which makes me uncomfortable to put someone in that position, especially when there’s a child involved” she said. “This was just really unforgivable in my books.” However, she was also the most optimistic about what the baby’s arrival signified for Khloé. “He’s going to be born into the best family of all time,” she told Khloé in the episode. “I feel like he is just meant to be here with us, because there’s just no other way that you guys decided to do this just days before the news came out.”