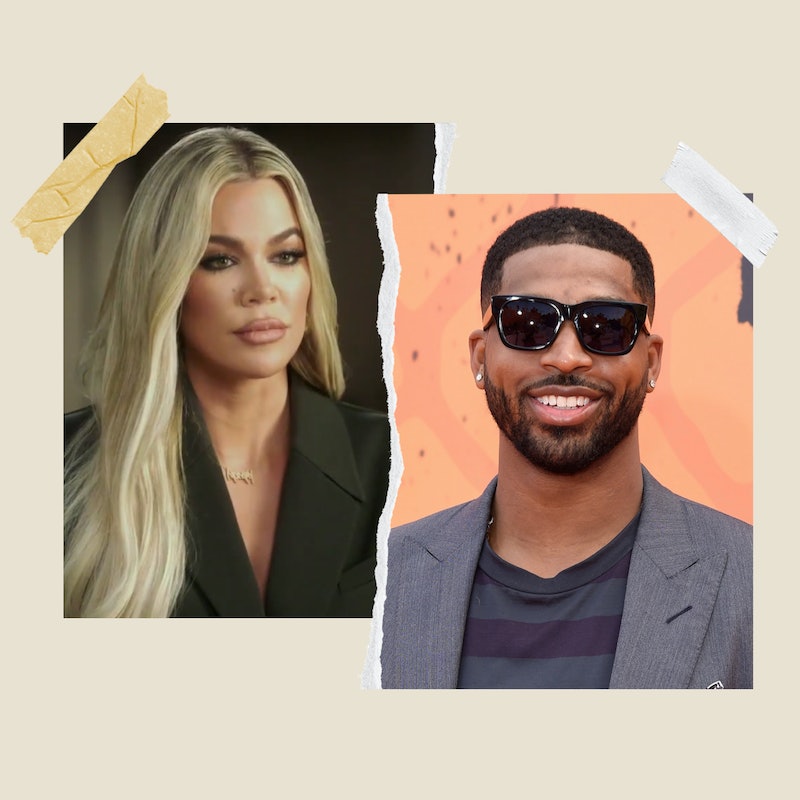 Khloé Kardashian and Tristan Thompson’s relationship has been a messy one, to say the least. Early this year, the NFL star revealed that he is the father of Maralee Nichols’ baby. The announcement sent shockwaves through the Kardashian fandom, and many people want to know if he’s been able to reconcile with the Good American founder and the mother of his three-year-old daughter True. Kardashian addressed the scandal in a televised special on ABC on Wednesday, April 6, and revealed that while she thinks he’s a “great guy,” they’re simply not meant to be.

“With Tristan, I did feel incredibly safe in the beginning and I felt really good for a time,” Kardashian told host Robin Roberts. “I remember when he cheated on me right before I gave birth and I was able to still have him in the delivery room.” The 37-year-old mom said that while it may have “looked strange to the outside world,” she has home videos for her daughter to look back on from that time that are “as pure and perfect as she was able to make them.”

As a refresher, the news broke in April 2018 that the athlete cheated on Khloé with multiple women while she was pregnant. Photos also surfaced of Thompson kissing someone outside of a club in New York City. That same day, TMZ released footage from a hookah bar in Washington, D.C. that showed Thompson being affectionate with two other women. Several years and many cheating scandals later, Khloé told Roberts, “I still think he’s a great guy and he’s a great dad, he’s just not the guy for me.”

Their relationship has obviously been rocky from the start, but the latest cheating scandal began late last year when Nichols gave birth to a son on Dec. 2 and sued Thompson for child support. In legal documents, the 31-year-old basketball player confirmed that he had sex with Nichols in March while he and Kardashian were still together, but requested a paternity test anyway.

On Jan. 4, Thompson confirmed the shocking news on Instagram. “I take full responsibility for my actions,” he wrote at the time. “Now that paternity has been established I look forward to amicably raising our son.” He also issued a public apology to Kardashian, who he has reportedly cheated on before on many different occasions.

Before now, the 37-year-old reality star hasn’t addressed the scandal publicly. However, fans can expect it to be addressed in the famous family’s upcoming Hulu series, The Kardashians. “I wish I never had to talk about that because it’s not a fun thing to talk about,” she told Variety last month. “But it is part of my journey in life, so we will see it on the show.”

Kardashian also told the magazine that while she and her sisters prefer to “protect the privacy” of their partners as much as possible. “They really didn’t sign up for this; we did,” she said. “But if something is really public like this was, it would be strange if Tristan was a part of the show and then all of a sudden he disappears and we don’t ever talk about it.”

“Everything happens for a reason,” she continued. “I always try to be as respectful as possible, but it is reality.” She also said that the situation isn’t going to be drawn out for longer than it needs to be. “I think people are probably a little tired of it,” she said. “There’s so much more to love about life than these little blips that happen to us.”

The Kardashians premieres on Hulu on April 14 with new episodes every Thursday.

More like this
Khloé Kardashian Writes Touching Instagram Tribute To Tristan Thompson’s Mother
By Alyssa Lapid
North West Will Make Her Acting Debut Alongside Mom Kim Kardashian
By Radhika Menon
Everything You Need To Know About Kanye's Post-Kardashian Dating Life
By Bustle Editors
Did Pete Davidson Remove His Kim Kardashian Tattoos? Photos Point To Yes
By Alyssa Lapid
Get Even More From Bustle — Sign Up For The Newsletter
From hair trends to relationship advice, our daily newsletter has everything you need to sound like a person who’s on TikTok, even if you aren’t.