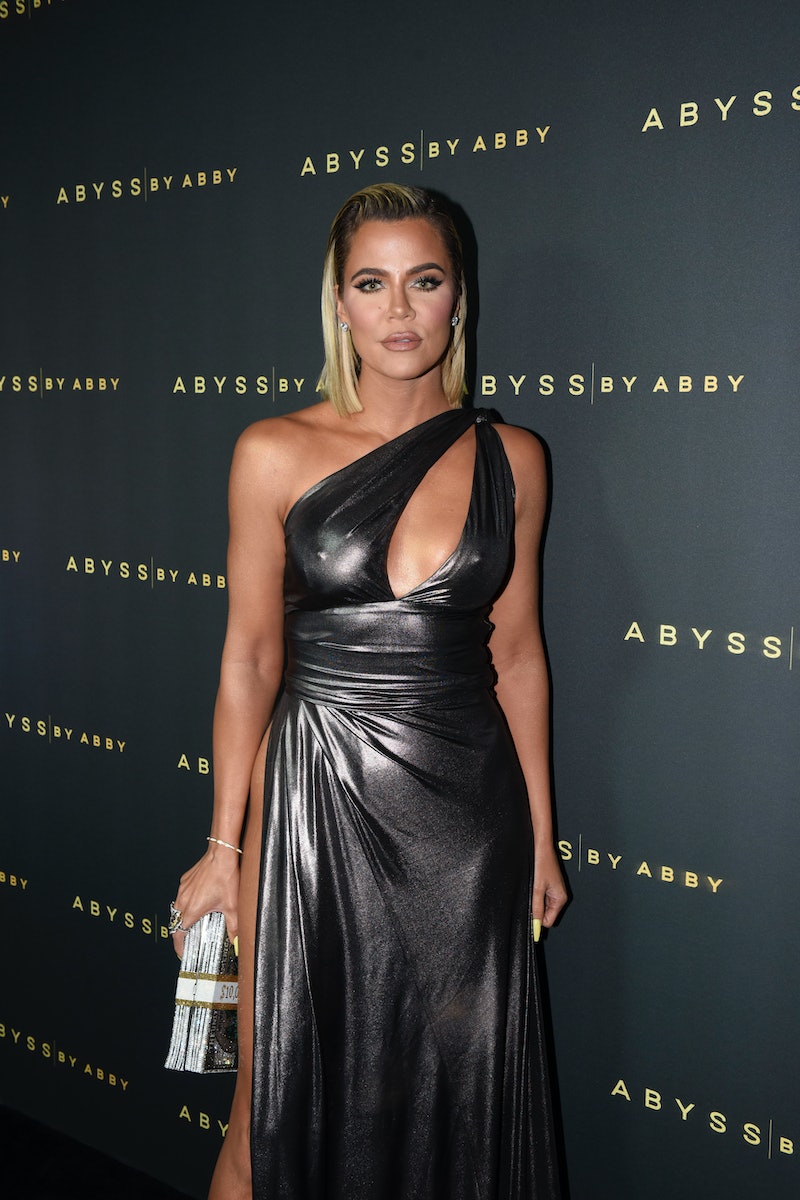 Following months of speculation that the reality star reconciled with Tristan Thompson, Khloé Kardashian sparked engagement rumors after sharing a photo of her wearing an enormous diamond on her ring finger. Kardashian posted the picture on her Instagram account on Feb. 21 to promote the launch of her Good American brand's shoe line, captioning the photo: "New @goodamerican shoes are dropping 2.25."

Kardashian did not address the big question on her follower's minds — what exactly is the meaning behind that diamond? Many of the star's friends and followers commented on the post to ask, with former Kardashian assistant Stephanie Shepard writing, "I don't know where to direct my attention." Meanwhile, hairstylist and family friend Jen Atkin commented, "Well good morning khloe !!!," and the Good American founder's stylist added, "i’m jaw dropped over two thingssssss."

The ring reveal comes just a few weeks before the 20th and final season of Keeping Up With the Kardashians is set to premiere, and episodes are expected to center on Kardashian and Thompson's relationship status. The couple — who were first linked in 2016 — have had an on-again, off-again relationship that has included multiple cheating scandals. The NBA star was first reported to have strayed in 2018, just days before Kardashian gave birth to their daughter, True, and then again 10 months later, when he was accused of kissing Kylie Jenner's best friend Jordyn Woods.

On Sunday, Thompson seemed to hint the engagement was the real deal, commenting on Kardashian's post, "WOW!!!!!!! That grass is cut to perfection." The Cleveland Cavaliers player has been determined to win her back for a while, and in Season 19 of KUWTK, she was coming around to the idea of a reconciliation. The two even created embryos together in one episode to leave open the possibility of having another kid. On Feb. 18, a clip from the upcoming season showed Kim Kardashian having a chat with Thompson about Khloé, with the two all but confirming the couple were back on but too "embarrassed" to go public.

"I don't even think to her any more that it's about getting over the past and the things that you guys have been through," Kim said of her sister's mindset. "I think it's just mostly what other people are going to think." Thompson agreed that Kardashian had "suitcases of other people's opinions and thoughts." He added, "She's got to understand — just do whatever the f*ck makes you happy."