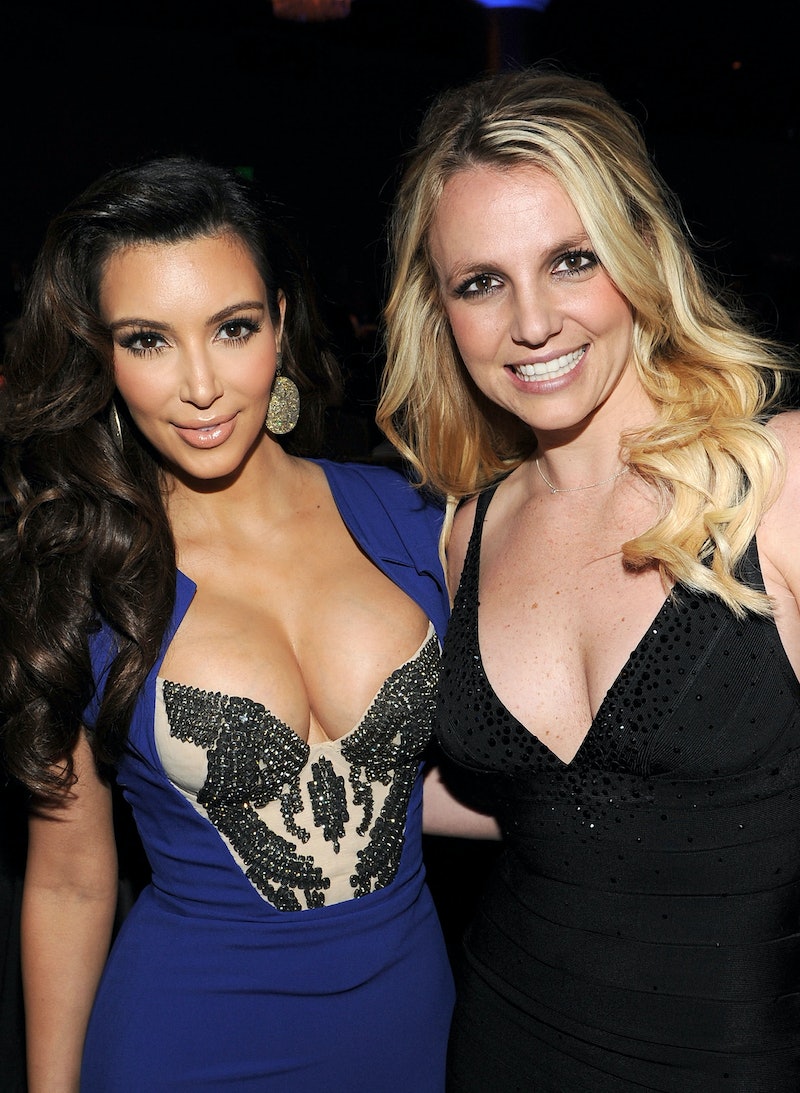 Just like hundreds of thousands of other viewers, Kim Kardashian watched Framing Britney Spears, which led her to "feel a lot of empathy" for the singer, especially as revisited her own run-ins with the media. "The way the media played a big role in her life the way it did can be very traumatizing and it can really break even the strongest person," Kardashian wrote in a series of Instagram stories on Friday, March 5. "No matter how public someone's life may seem, no one deserves to be treated with such cruelty or judgment for entertainment."

Kardashian went on to share that FX's The New York Times Presents standalone doc inspired her to reflect on her own experiences, singling out her 2013 pregnancy with daughter North West. The Keeping Up with the Kardashians star noted that she suffered from preeclampsia, causing her to "swell uncontrollably" and gain 60 pounds before delivering almost six weeks early. "I cried every single day over what was happening to my body mainly from the pressures of being constantly compared to what society considered a healthy person should look like — as well as being compared to Shamu the Whale by the media," she wrote.

The KKW Beauty founder recalled looking at photos of herself online and in magazines that made her "so insecure" and wondering if she'd ever get her pre-baby body back. She also shared numerous celebrity weekly magazine covers, which she said "shamed" her and made her "insecurities so painful" that she couldn't leave the house for months after giving birth. Some headlines mocked her weight, while others compared her to Kate Middleton, who was pregnant at the same time. "It really broke me," Kardashian added, noting her pregnancy was "supposed to be one the happiest times in my life."

Luckily, Kardashian said, she was able to channel "these frustrating, embarrassing feelings" to get her to where she is today, "but to say this didn't take a toll on me mentally would be a lie." Her reason for sharing her story? "I really hope everyone involved in the business of shaming and bullying someone to the point of breaking them down might reconsider and instead try to show some understanding and compassion," she concluded. "You just never fully know what someone is going through behind the scenes and I've learned through my own experiences that it's always better to lead with kindness."

Khloé Kardashian also supported Spears, commenting that she was "praying for queen Britney" underneath a recent Instagram post from Syrian artist and satirist Saint Hoax, per Billboard. Other celebrities that have joined the famous siblings in showing their love for Spears include Miley Cyrus, Paris Hilton, Sienna Miller, Sarah Jessica Parker, Kacey Musgraves, and Tamron Hall.

It seems a long-awaited reckoning may finally be upon us.