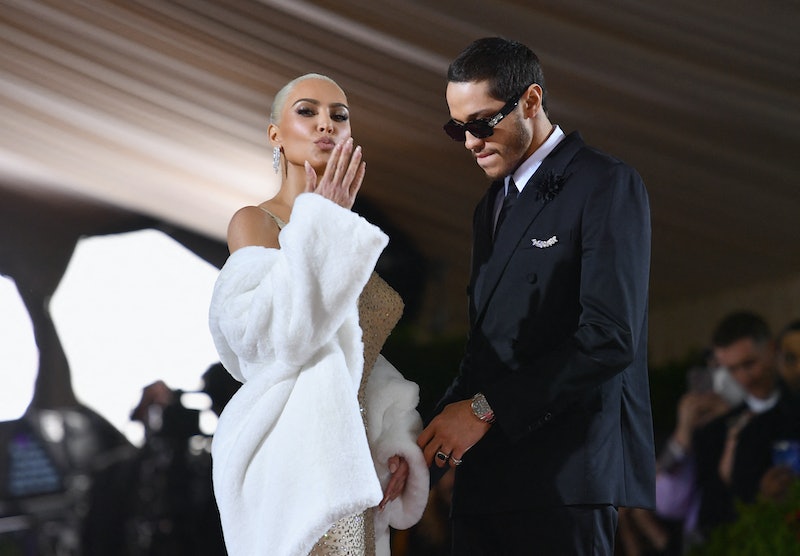 Kim Kardashian knows how to effortlessly slide into someone’s DMs. In a new interview with TODAY on June 21, Kardashian revealed the first text message that she sent to Pete Davidson. On the June 2 episode of her Hulu series The Kardashians, the SKNN by Kim founder admitted to making the first move in their relationship, which she told TODAY was “so not me.”

Before her Saturday Night Live hosting stint in October 2021, Kardashian ran into Davidson at the Met Gala, where he gave her some sage advice on hosting the show. “He was like, ‘Can you read cue cards? You're good,’” she revealed on the Season 1 premiere episode of The Kardashians. “I was like, ‘I can read.’” Rather than ask him out directly, she decided to use that moment to break the ice. “I just reached out and said, ‘Hey, thank you so much for that advice. It was so much fun,’” she told TODAY. “Just something cas[ual] — like, leaving it open.”

During the interview, Kardashian also opened up about how she navigated her new relationship with Davidson with her four children, North, Saint, Chicago, and Psalm West, who she shares with her ex-husband Kanye West. “Luckily, I have a sister that has been through it all and we talked about it,” she said, nodding to Kourtney Kardashian, who married Travis Barker on May 22 and shares three children with her long-term ex-boyfriend Scott Disick. “I also consulted with a few therapists and friends that had been through it.”

The reality star decided that she wanted to wait six months before introducing her kids to the comedian. However, she warned this marker may not work for everyone. “You just have to do what feels right and try to just be as respectful and cautious as possible,” she said. It even took herself a while to become interested in dating once again, so she took extra precaution when mentioning it to her children. “I waited, like, a good 10 months before I was ready to open myself up and I think you definitely need that time to yourself,” she explained. “Once you're ready to get out there, I felt like I just wanted new energy and something different and it definitely took me by surprise.”