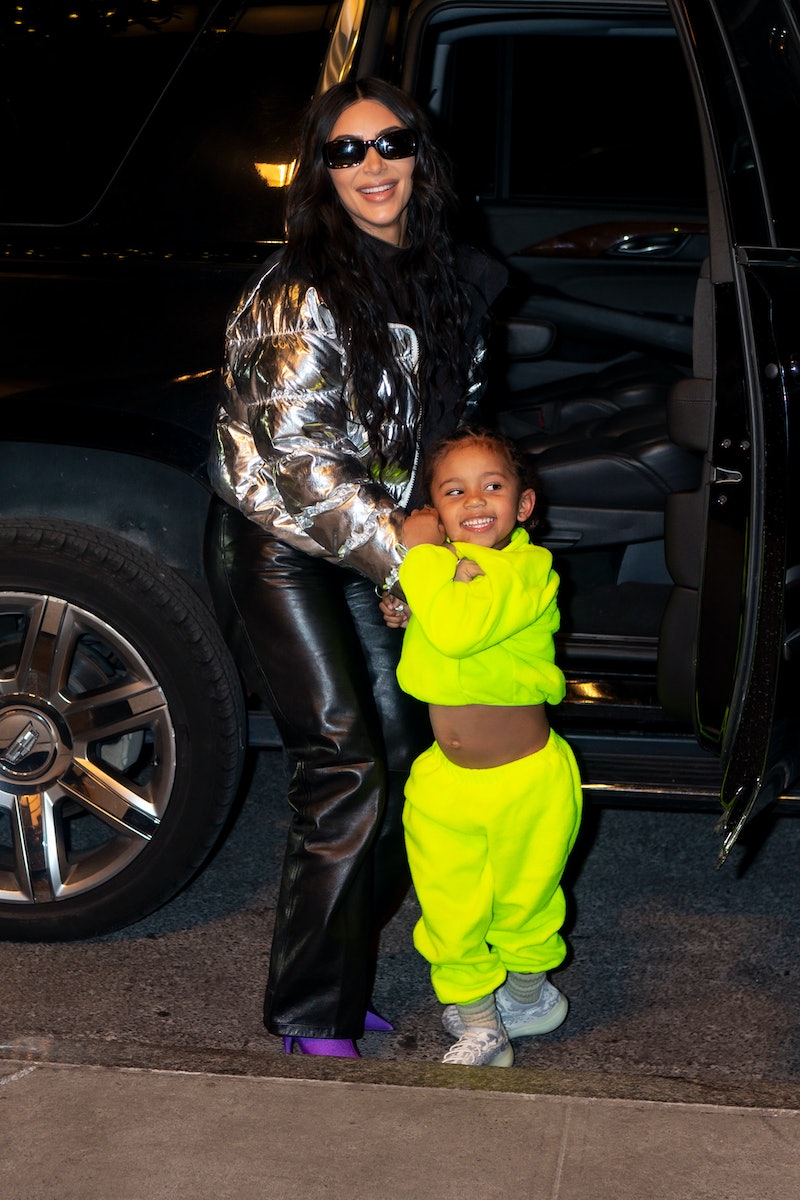 It feels like yesterday that Kim Kardashian announced the birth of her second child with ex-husband Kanye West, Saint. But in reality, it’s been seven years and Saint celebrated his birthday in style.

In a birthday post to her “baby boy,” Kardashian showed behind-the-scenes snaps from Saint’s birthday party at SoFi Stadium, which took place on Dec. 4 as per E! Online. Saint was joined by a group of friends in a suite at the home of the Los Angeles Rams football team where they watched the reigning Super Bowl champions. Saint and his friends went down to the field to play on the sidelines, held the Super Bowl trophy known as the Vince Lombardi trophy, and celebrated with the Rams mascot. Even though the Rams lost to the Seattle Seahawks, Saint and his friends had a good time.

“I love seeing you grow into the kindest soul ever,” Kardashian added in her loving caption.

Like us, fans were shocked by the fact that Saint was already seven. User @brklynrae commented, “when did he get so big????” while another fan said, “Alreadyyy???” A third said, “omg he’s so grown,” and someone else said he was so beautiful, “just like his Mama.” Celebrities like Lala Anthony, singer Snoh Aalegra, and aunt Khloe Kardashian chimed in with birthday messages for Saint. “The sweetest boy in all the land,” Khloe commented.

Grandma Kris Jenner also posted a sweet tribute for Kardashian’s son. “You bring so much love and sunshine into our lives every single day!” Jenner’s post to her grandson read. “Your face lights up a room like sunshine and you give the best hugs in the world! You are genuinely so kind, sweet, considerate, generous, happy, thoughtful and are always thinking about others.”

Saint has made the most of his few public appearances: in June 2022, he popped up in mom Kardashian’s Instagram Live. Appearing with his brother Psalm, Saint addressed the audience by saying “Hi, weirdos!” and later joked, “If you’re watching this, I hate you!” In an appearance on the family’s Hulu show The Kardashians, Saint decided to address a camera crew directly by getting up and pretending to punch the camera. Kardashian has previously stated how similar her and Saint’s personalities are.

More like this
Kim Kardashian’s Son Saint Had This Unique Request From The Tooth Fairy
By Alyssa Lapid
Kim Kardashian Gives “Bucket List Dream” Lecture At Harvard
By Alyssa Lapid
How Khloé Kardashian & Family Supported Tristan Thompson At His Mom's Funeral
By Brad Witter
Kourtney Kardashian's Daughter Penelope Rates Mason’s Sneakers On TikTok
By Alyssa Lapid
Get Even More From Bustle — Sign Up For The Newsletter
From hair trends to relationship advice, our daily newsletter has everything you need to sound like a person who’s on TikTok, even if you aren’t.