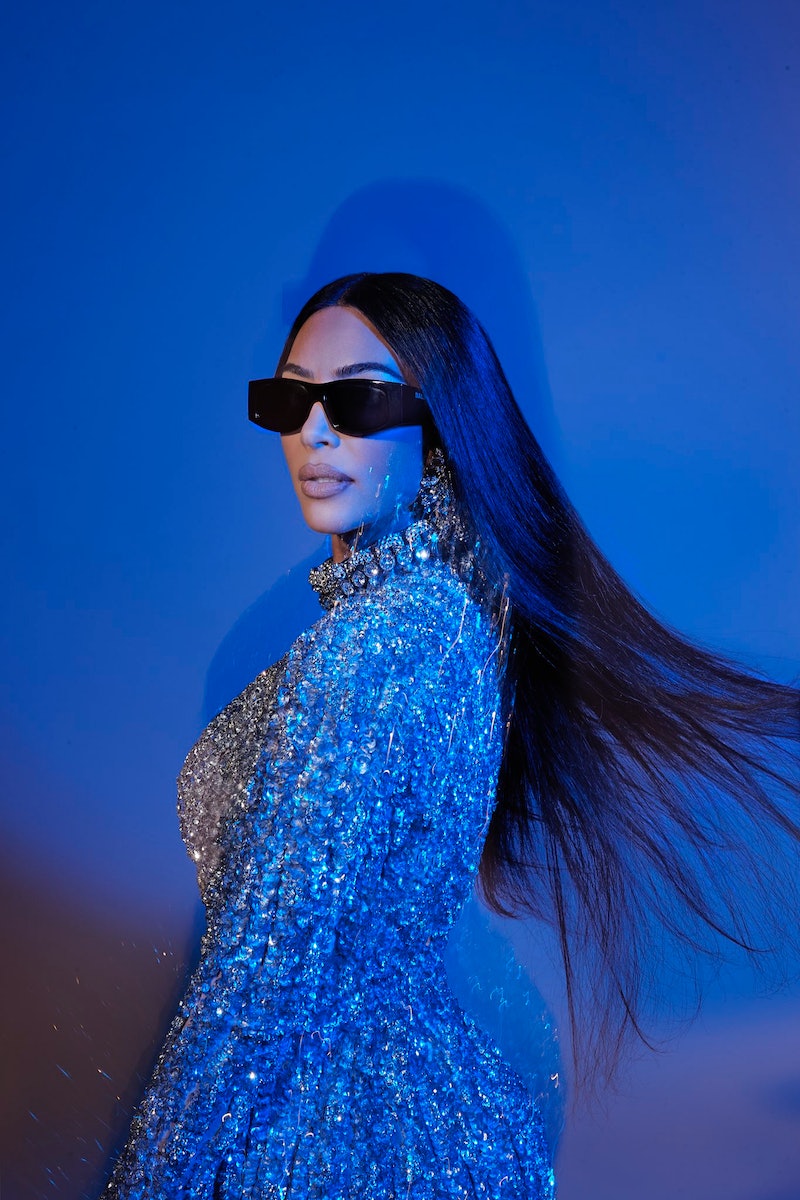 A lot happened during Kim Kardashian West’s Saturday Night Live hosting debut on Oct. 9. As Princess Jasmine, she shared a kiss with Pete Davidson as Aladdin, tried her hand at rapping, and even roasted her family during her monologue. But it was the many celebrity cameos — including her family’s — that got the internet buzzing. Stars like Amy Schumer, John Cena, Chris Rock, and more kept up with the Kardashian in her sketches.

Support from the Kardashian clan was expected during her highly-anticipated SNL gig, with musical guest Halsey. Prior to the show, Kardashian’s mom, Kris Jenner, was already posting about her daughter’s upcoming gig on her social media accounts and she was then joined by another daughter, Khloé, in New York, leading fans to speculate that the two would make an appearance, if not a cameo. They did — in two different sketches.

In a Freaky Friday-esque sketch, Kardashian and Aidy Bryant switched lives by way of a magical clock. “I just want one normal boring day, kind of like the one you have every day,” Kardashian lamented to Bryant before suggesting a 24-hour switcheroo. Bryant agreed and enjoyed her time as the reality star a little too much, posing for photo shoots in a replica of Kardashian’s 2021 Met Gala look and rocking shapewear à la Skims.

Still moonlighting as Kim, Bryant then appeared in a scene with none other than Kris and Khloé. She asked her “mom” for money before Kris handed her wads of cash. Eager to get her life back, Kardashian dove for the clock and ended up back in her own body, leaving Kris trapped as Aidy. The KarJenners joined Kardashian in another sketch later on in the episode, in which Kardashian impersonated Kourtney in a courtroom sketch called “The People’s Kourt,” as a disinterested judge presiding over cases involving her clan’s squabbles.

But the most notable sketch of the night was the Bachelorette spoof. SNL loves spoofing the Bachelor franchise and, though it’s yet to air, the upcoming season with Michelle Young wasn’t spared. In “The Dream Guy,” Kim played Rochelle, a woman trying to find love among seven handsome suitors during a Bachelor-inspired rose ceremony. “When I look at you all, there is no doubt in my mind that my husband is in this room,” she told them. The men vying for a shot at romance? They just happened to include actors Rock, Cena, Chace Crawford, Jesse Williams, Tyler Cameron, basketball player Blake Griffin (who was previously linked to sister Kendall), and Kyle Mooney as a man named Zeke.

She handed out her first gold token — not rose — to Crawford. “Thank you for telling me about your hit show Gossip Girl,” she said, to which Crawford replied that he’s also in The Boys. Cameron, who actually had experience in these ceremonies on Hannah Brown’s Bachelorette season, was chosen next because it was “vulnerable” of him to show her his “perfectly hot body.” Brooklyn Nets player Griffin also bagged a token though his “behavior at the luau was inexcusable.”

Rochelle then called on comedian Rock, before saying, “Thank you for making me watch your nine HBO specials and the new one on Netflix while you sat next to me and you mouthed all of the words.”

Then the twist (because there’s always a twist) came with Rochelle confessing she wanted to explore her feelings with one of the producers, “Amy S.” Schumer then came out to hear Rochelle tell her, “Even though I’ve never dated a woman before, I just feel like there’s something...” before getting interrupted by Schumer with, “No, I feel the same.”

She then chose Williams, who was “literally the most attractive human” she’s “ever seen,” and passed on Zeke because he didn’t ask “one single question about me our entire date.” Cena was her final pick of the segment, though she said, “I don’t love that you have a wife,” referencing his recent nuptials to Shay Shariatzadeh. “I’m really going to need you to figure out your wife situation,” she ended.