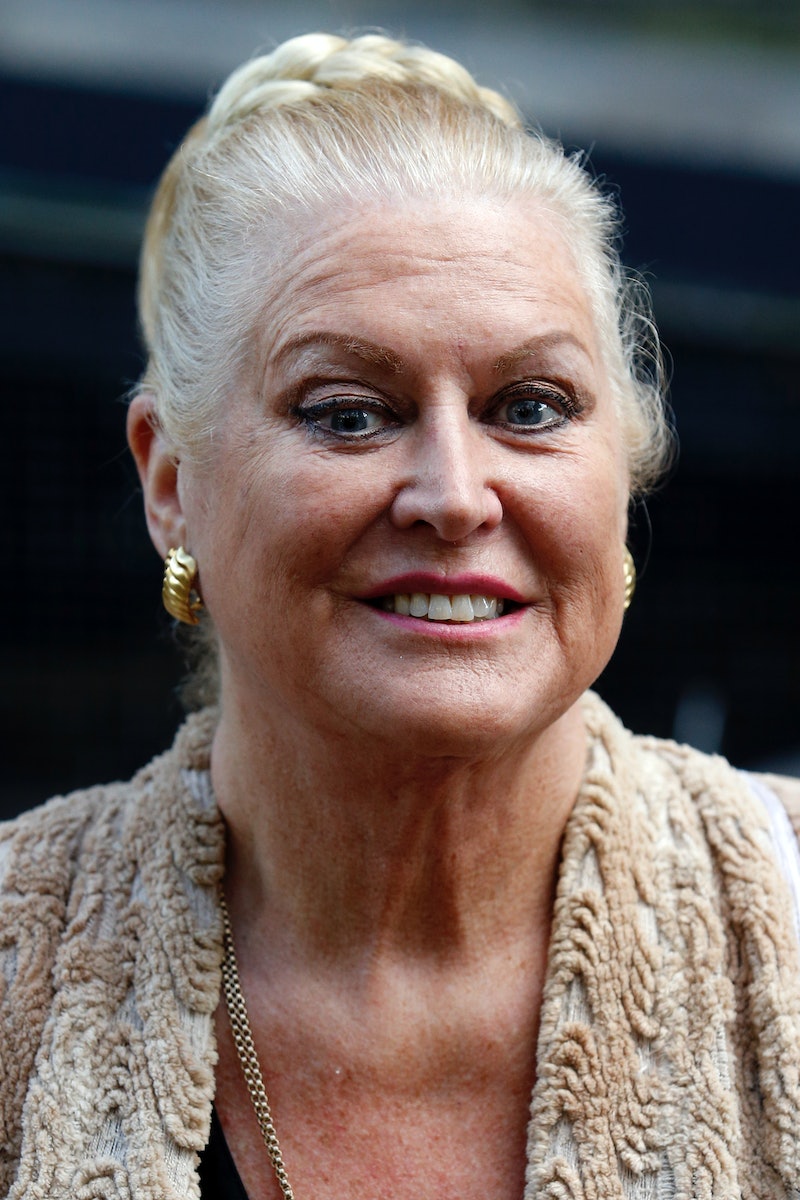 Following some dramatic appearances on Celebrity Big Brother, I’m a Celebrity... Get Me Out of Here!, and Channel 4’s How Clean is Your House?, professional-cleaner-turned-reality TV star Kim Woodburn has earned a significant LGBTQ+ following over the years. However, after a recent GB News segment, Woodburn was accused of making a series of anti-trans comments that left many fans extremely disappointed.

During her controversial appearance on the programme, Woodburn was asked by host Mark Dolan about her views on unisex changing rooms, to which she responded: “I don’t want to show a man, accidentally, my knockers, or my bottom half, dear, which could easily happen.”

The reality star then proceeded to claim that “a man’s a man, a woman’s a woman.” She continued: “women who say they don’t mind sharing a dressing room with a man, they must be sexually frustrated and need to see something naughty.”

When asked if she was concerned about being “labelled a transphobe or a bigot” following her on-air comments, Woodburn said she gives “not a jot,” adding, “look, if I’m going to be labelled that then get on with it.”

The TV personality’s remarks were met with a wave of backlash on social media, with some former fans calling on Woodburn to “return her gay icon card.”

“This is incredibly rich coming from a woman whose career has been kept afloat by the LGBTQ+ pound. I don’t want to see this woman booked at a single pride gig or queer space again,” one Twitter user wrote.

However, on Dec. 6, Woodburn posted a statement on Instagram addressing the backlash, claiming that her comments were not made in reference to trans people and that her GB News interview was “deliberately misinterpreted.”

“I have always supported the LGBTQ+ community,” the reality star wrote. “Anyone who has twisted the interview to be something it wasn’t should be ashamed of themselves ... I will always be an ally to the community and would never say a bad word about any of you.”

More like this
Twitter Has Renamed Ekin-Su After *That* 'Dancing On Ice' Performance
By Sophie McEvoy
This Pre-'Love Island' Video Of Olivia & Zara Together Changes Everything
By Bustle UK
Twitter Can’t Make Up Its Mind About Ekin-Su’s 'Dancing On Ice' Skate-Off
By Sophie McEvoy
Spencer Matthews’ Impressive Net Worth Expands Far Beyond Chelsea
By Sam Ramsden
Get The Very Best Of Bustle/UK
Sign up for Bustle UK's twice-weekly newsletter, featuring the latest must-watch TV, moving personal stories, and expert advice on the hottest viral buys.