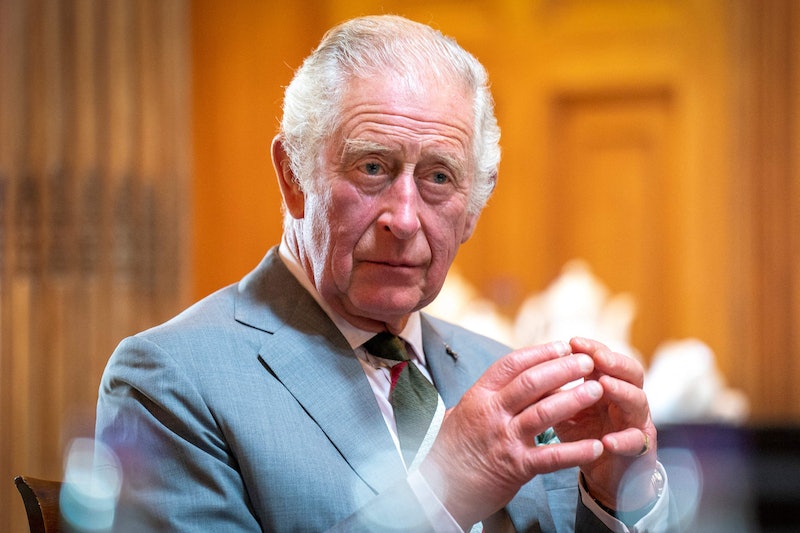 Following the announcement that Britain’s longest-reigning monarch, Queen Elizabeth II, had died on Sep. 8, 2022, her first-born child, Prince Charles, became King Charles III. He did so under the old common law Rex nunquam moritur, a Latin phrase which translates to “The king never dies.” On Sept. 10, Charles was formally proclaimed king during a ceremony at St. James's Palace. The next step in Charles’s ascension to the throne will be the coronation ceremony. But when will that prestigious event take place? Read on for everything we know so far.

On Oct. 11, it was announced that King Charles III’s coronation will take place on Saturday May 6, 2023 at Westminster Abbey. The ceremony will be conducted by the Archbishop of Canterbury. “The Ceremony will see His Majesty King Charles III crowned alongside The Queen Consort,” a statement from Buckingham Palace reads. “The Coronation will reflect the monarch’s role today and look towards the future, while being rooted in longstanding traditions and pageantry.”

This follows earlier reports that Charles is eager for a scaled-back celebration. A source is quoting as telling the Mirror that His Majesty is “very aware of the struggles felt by modern Britons,” who are dealing with a cost of living crisis.

Interestingly, May 6 is a special day for the royal family all round, as it’s Prince Harry and Meghan Markle’s son Archie’s fourth birthday. It remains to be seen if Harry and Meghan will travel to London from their home in Montecito, California, for the coronation ceremony.

The coronation of the Queen took place in June 1953 — sixteen months after the death of her father, King George VI. Her coronation was delayed for over a year to preserve the royal tradition of ensuring "an appropriate length of mourning time" has taken place. According to The Telegraph, Charles is expected to be coronated in the spring or summer of 2023.

On Oct. 5, Buckingham Palace shut down reports that anonymous “government officials” had said that King Charles III will be crowned on June 3, 2023. A spokesperson for Buckingham Palace called the claim “pure speculation,” per the Evening Standard.

Will Camilla, Queen Consort Be Coronated Alongside King Charles III?

Camilla, the queen consort, will be crowned Queen, as confirmed by Queen Elizabeth II during the Platinum Jubilee. Camilla will be the first consort to be crowned since 1937. Prince Philip wasn't entitled, as a male consort to the crown.

Will King Charles III’s Coronation Be A Bank Holiday?

What Is The Accession Council Ceremony?

Charles was formally declared king during the Accession Council ceremony on Sept. 10. The ceremony was televised for the first time in history and was conducted by a group known as the Privy Council, which is the formal body of advisors to the British monarch. The Privy Council is made up of 700 members, according to ITV News. However, only 200 were present for the formal proclamation of Charles as the new British monarch.

During the historical ceremony, King Charles said that the death of his mother was an “irreparable loss,” and paid tribute to her “selfless service.” The monarch added: “My mother's reign was unequalled in its duration, its dedication, and its devotion.”

More like this
Here's The Role Lady Susan Hussey Played At Buckingham Palace
By El Hunt
How Princess Anne Broke The Rules Of Royal Divorce
By Sophie McEvoy
Kate Middleton Shares The Key To Building A "Happier Society" In A New Op-Ed
By Stephanie Topacio Long
'Waterloo Road' Is Back, With More Than A Few Familiar Faces
By Sam Ramsden and Vivian Iroanya
Get The Very Best Of Bustle/UK